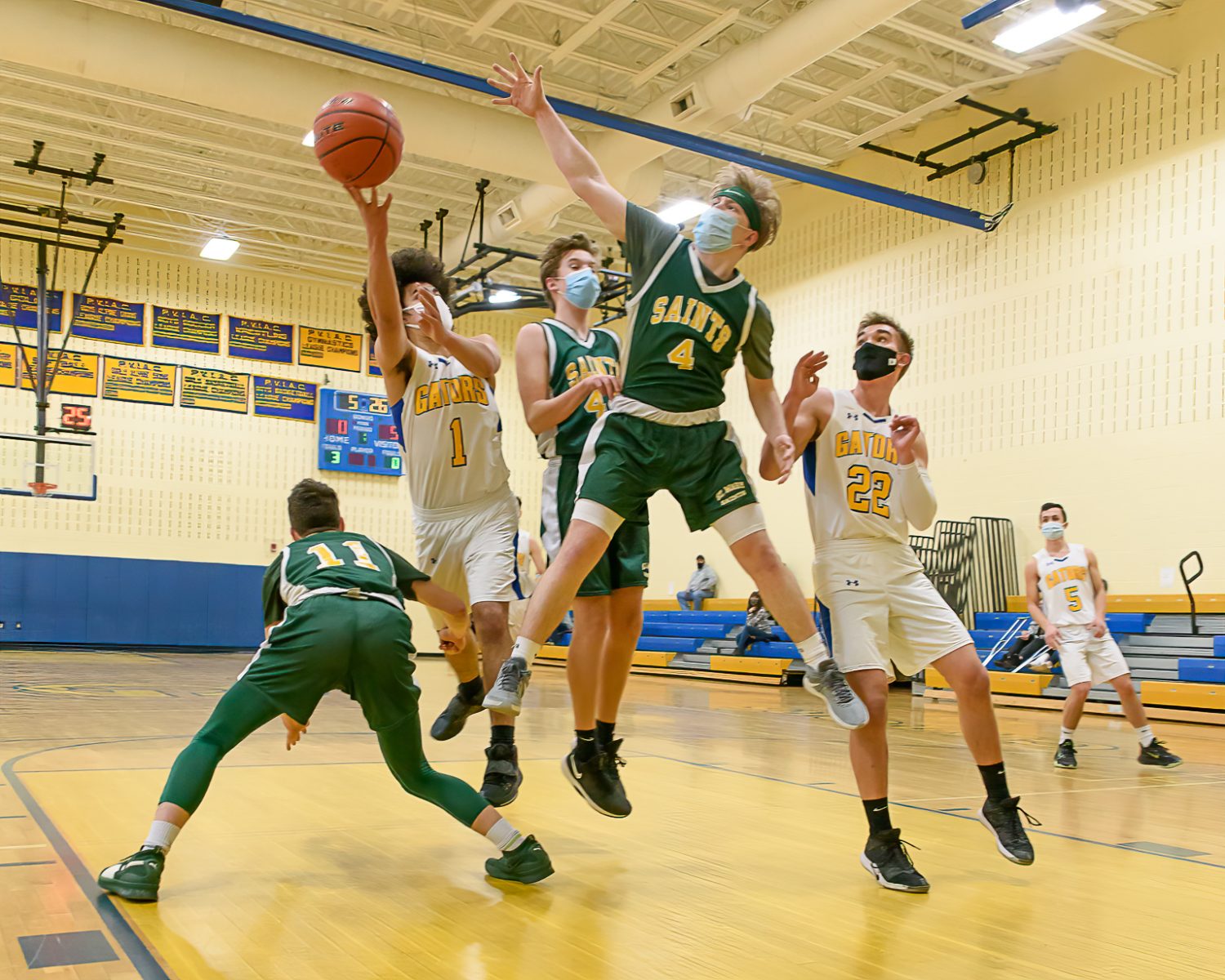 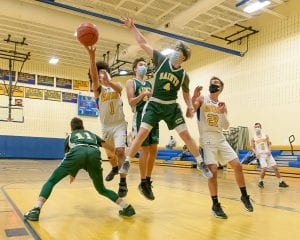 HUNTINGTON – The St. Mary’s High School boys basketball team spoiled Gateway’s season (and home) opener Tuesday night.
Brady Collins exploded for 21 points and the St. Mary’s Saints defeated the Gateway Gators, 58-33.
St. Mary’s Nick Montenero also produced double-digits in the points column, finishing with 10. Colin Reed added eight for the Saints.
It was the first game of the year for Gateway, which had been sidelined throughout the entire high school winter sports season due to Covid protocols. The Gators will play a 14-game schedule during the “Fall II” season which runs through late April.
For St. Mary’s, it was their second-to-last game of the winter season and part of a make-up. The Saints were scheduled to close out their season Thursday at home against the Gateway Gators.
Notes: St. Mary’s entered Tuesday’s contest fresh off a one week lay-off following a 36-29 win over Pioneer Valley Chinese Immersion Charter School on March 3. In that game, Collins led the offense with 14 points. Reed and Nate Campbell finished with seven and five points, respectively.