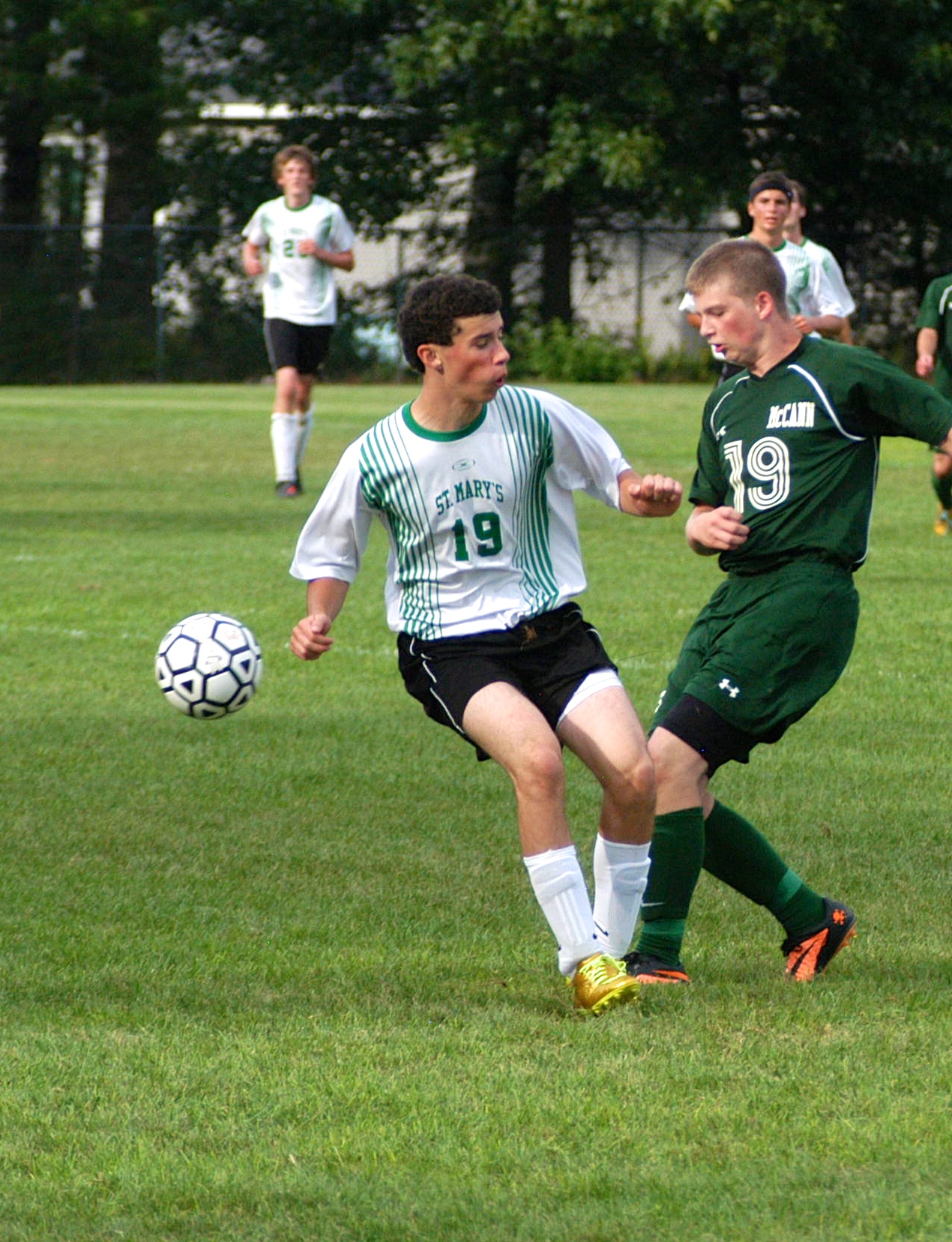 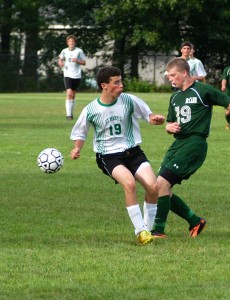 NORTHAMPTON – Good things come to those who wait. St. Mary can attest to that.
The St. Mary High School boys’ soccer team exploded for three second-half goals to upend Smith Voke 4-2 Thursday.
Nick Garde scored two goals, Zac Girard had two assists, Kieran O’Donnell tallied a goal on a penalty kick, and Joey Collins had a goal and assist for St. Mary.
Saints’ goalie Colin Blake, who made 11 saves, was helped out by defensive standouts Drew Collins, Gio Depergola, and Seamus Butler.
“The first half was pretty even possession-wise and 50/50 ball-wise,” St. Mary coach Andrew Martin said. “Both teams were playing hard. In the second, half they definitely stepped up their intensity and effort against us and took it to us for the first 5-10 minutes, and then we responded.”
St. Mary notched two goals in a short span to deflate Smith’s hopes. The Saints return to action Monday against Granby at Westfield Middle School South at 4 p.m.

Bombers knot Amherst
FIELD HOCKEY
Westfield 1, Amherst 1
Leighanne Sullivan scored the lone goal for Westfield. Gabbi Lunardini assisted on the play.
Bombers goalie Karly Mastello finished with 12 saves.
“Overall it was a good game,” said Westfield coach Karen Gomez, whose team travels to Southwick for its next game Friday at 5 p.m.
“I hope Westfield has enough gas in their tank to keep up with the speed of the Rams,” she said.

BOYS’ SOCCER
Westfield Voc-Tech 1, Putnam 0
Peter Melnik scored on a pass from Vitaliy Tereschuk for the game-winner in the 65th minute.
“It was a very physical game and did enough of the little things to capture the win,” Voc-Tech coach Kyle Dulude said. “Our players showed no quit and played tough.”
The Tigers controlled the ball throughout the game, and were steady defensively.