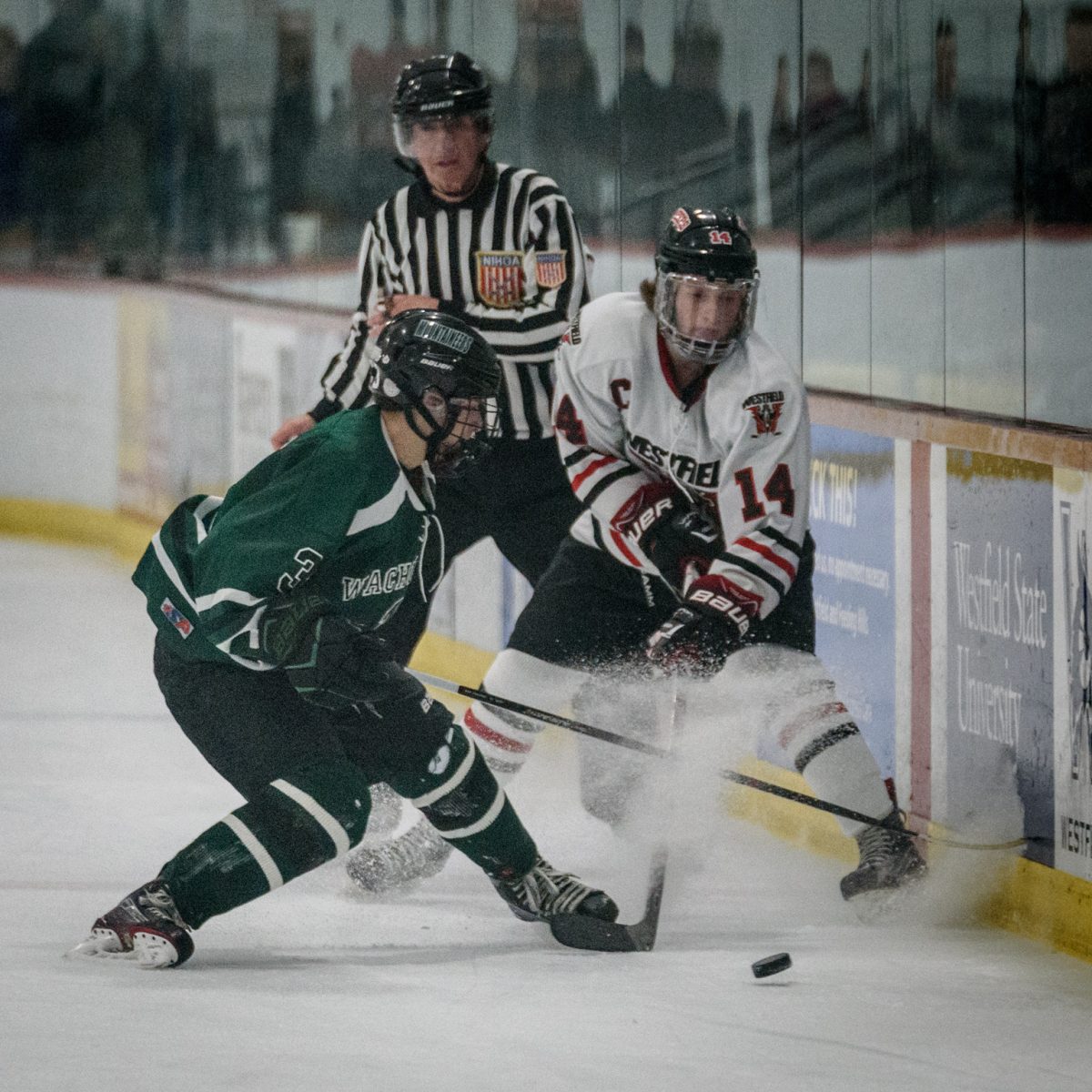 WESTFIELD – The 2016-17 St. Mary High School boys’ ice hockey team is no stranger to thrillers.
St. Mary’s first four games were decided by two goals or less, but on Tuesday night the Saints treated fans to a good old-fashioned blowout by blowing past the Turners Falls Indians 7-3 to improve to 3-1-1.
The first two periods looked just like St. Mary’s prior games though.
Kenny Bonney got St. Mary on the board first, and Shaun Gezotis and Pete Chrisanthopoulos added goals to keep the Saints even with Turners Falls through the first 30 minutes. Then, the home team turned on the jets.
Quinn Powers came out and scored two goals in the first five minutes of the third period to give St. Mary a 5-3 lead. Powers stuffed his own rebound home for the eventual game-winner before getting a feed from Aaron Blanchard and John Pitoniak to beat goalie Nate Pelletier for the two-goal cushion. 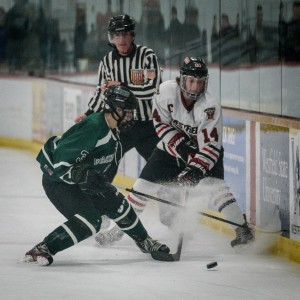 Gezotis then scored twice in the final six minutes to tally his first hat trick of the season. Gezotis now has 14 points (7 goals, 7 assists) through the first five games to pace St. Mary in both categories. Matt Brady was excellent in net again for the Saints, stopping 25 of 28 shots before handing the game over to Sean Rowbotham (2 saves) for the final few minutes.
The win capped a great week for St. Mary, going 3-0-1 in the games wrapped around the Christmas holiday. The Saints now get some time off before getting back at it against first place Chicopee on January 6.

Bombers silenced
Wachusett 3, Westfield 0
Wachusett scored one goal in the first period, and tacked on two more in the second in a shutout of host Westfield.
Westfield goalie Cam Parent made 20 saves in net.