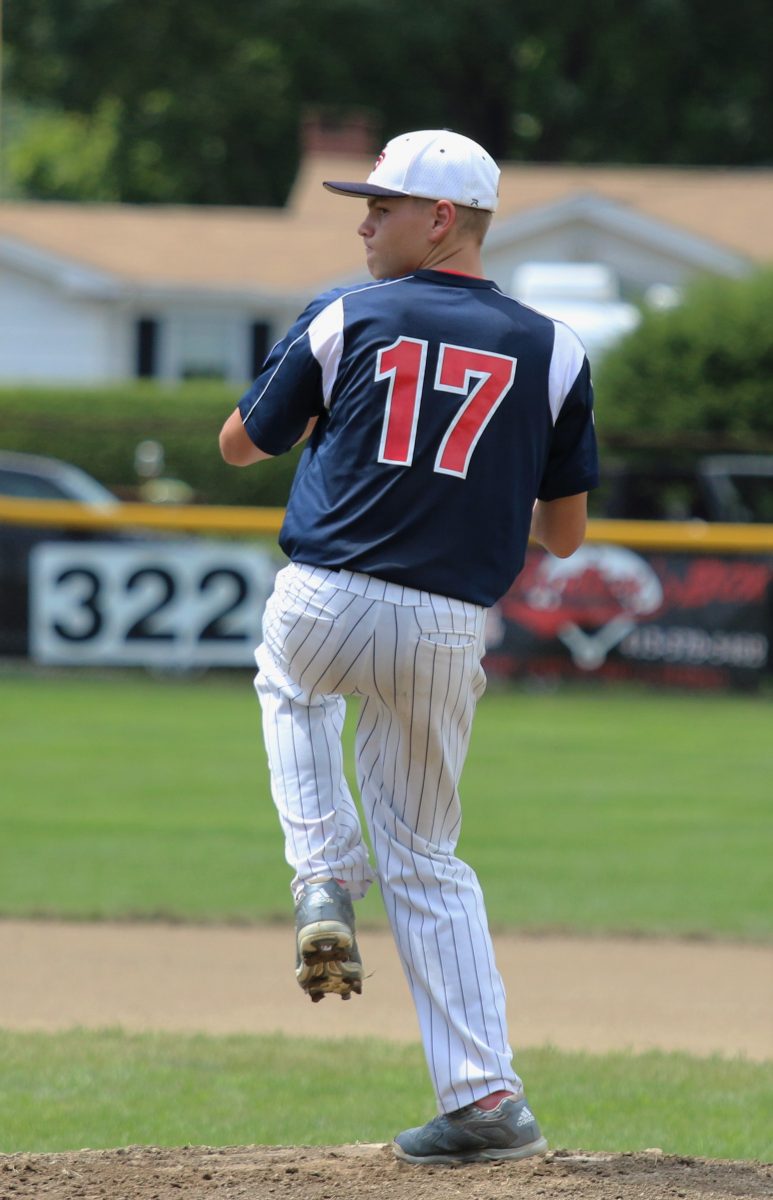 WESTFIELD – Sarasota (Fla) found themselves down 4-2 after the top of the fifth inning at Westfield State. The two-run deficit proved to be no issue as Sarasota scored five runs in the bottom of the fifth to help secure a 7-5 victory over Arlington (MA) Saturday in the Babe Ruth World Series at Westfield State.
“We finally got some keys hits when we need it,” said Sarasota manager Rob Million. “It kind of woke us up when they (Arlington) put four runs on the board on us.” 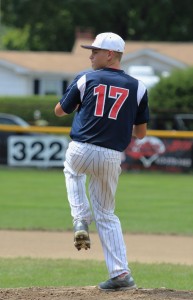 Jake Jackson was on the mound for Sarasota on Saturday morning at Westfield State. (Photo by Kellie Adam)

The rally was started off with a double from Dylan Robertson. After Ayers drew a walk, Jackson drilled a double over the center fielder’s head to score Robertson and Ayers and tie the contest up.
Two batters later, with runners on second and third, Sam Miller hit a sacrificed fly to give break up the tie.
Jason Scott then followed it up with a double to left field that pushed Cade Nelson across. The big rally for Sarasota was topped off with a wild pitch that allowed Scott to score and give Sarasota the 7-4 lead.
Arlington was able to put the pressure on Sarasota in the top of the fifth when they pushed across those four runs. Down 2-1 with no outs, Brendan Jones tripled to drive in a pair of runs and give Arlington a 3-2 lead.
Jones was the player of the game for Arlington while Jackson took the honors for Sarasota.
“Jake’s a gamer, he comes focused to play every game,” said Million. “He’s just a clutch ball player.”