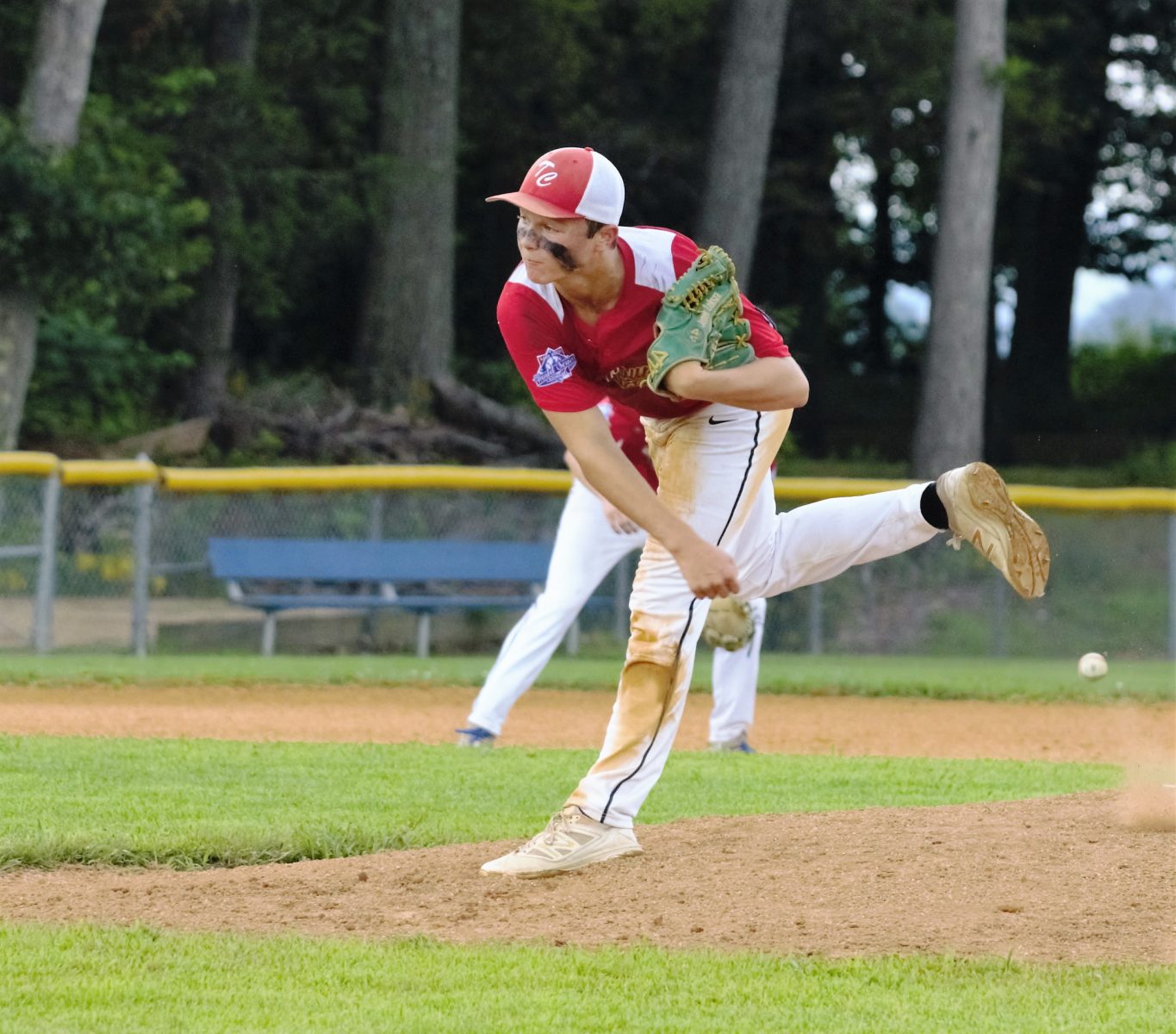 WESTFIELD – After roughly an hour long weather delay, Tri County (ME) and Sarasota (Fla) resumed play in the bottom of the second inning at Westfield State University.
With still no score entering the top of the third, the boys from Maine were able to string together big innings. Tri County capitalized off of the opportunities that came their way.
Manufacturing four runs in the third and then three more in the fourth inning, Tri Town was able to take down Sarasota 9-5 in a pool play contest in the Babe Ruth World Series.
“It was a fantastic win for us,” said Tri County manager Tom Morton. “We had our backs against the walls losing the first two (games).” 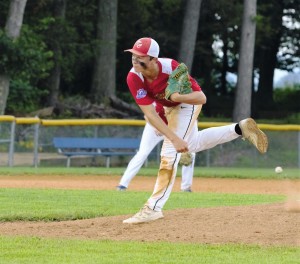 Duncan Hurd started off the third for Tri County with a double that was roped down the right field line and into foul territory. After a groundout from Ayden Desanctis that advanced Hurd to third, Rodney Bean put runners on the corners when he was hit by a pitch.
Taking off from first for the steal, Bean was safe after a bad throw from the Sarasota catcher that went into the outfield. The Sarasota error caused Hurd to score from third.
Charlie Morton connected on a double that increased the Tri County lead to 2-0. Later that inning, a double steal was attempted where Jonny Pruett reached second and Luszka was safe at home to put the score at 4-0.
Having the 7-0 cushion over Sarasota after the top of the fourth, Sarasota made an effort to chip into the lead by pushing across three runs.
Jamek Luszka was strong on the mound for Tri County as he went six innings and giving up just two earned runs.
“That’s the type of competitor he is,” said manager Morton. “We’ve had very few instances where we’ve had to pull him out.”