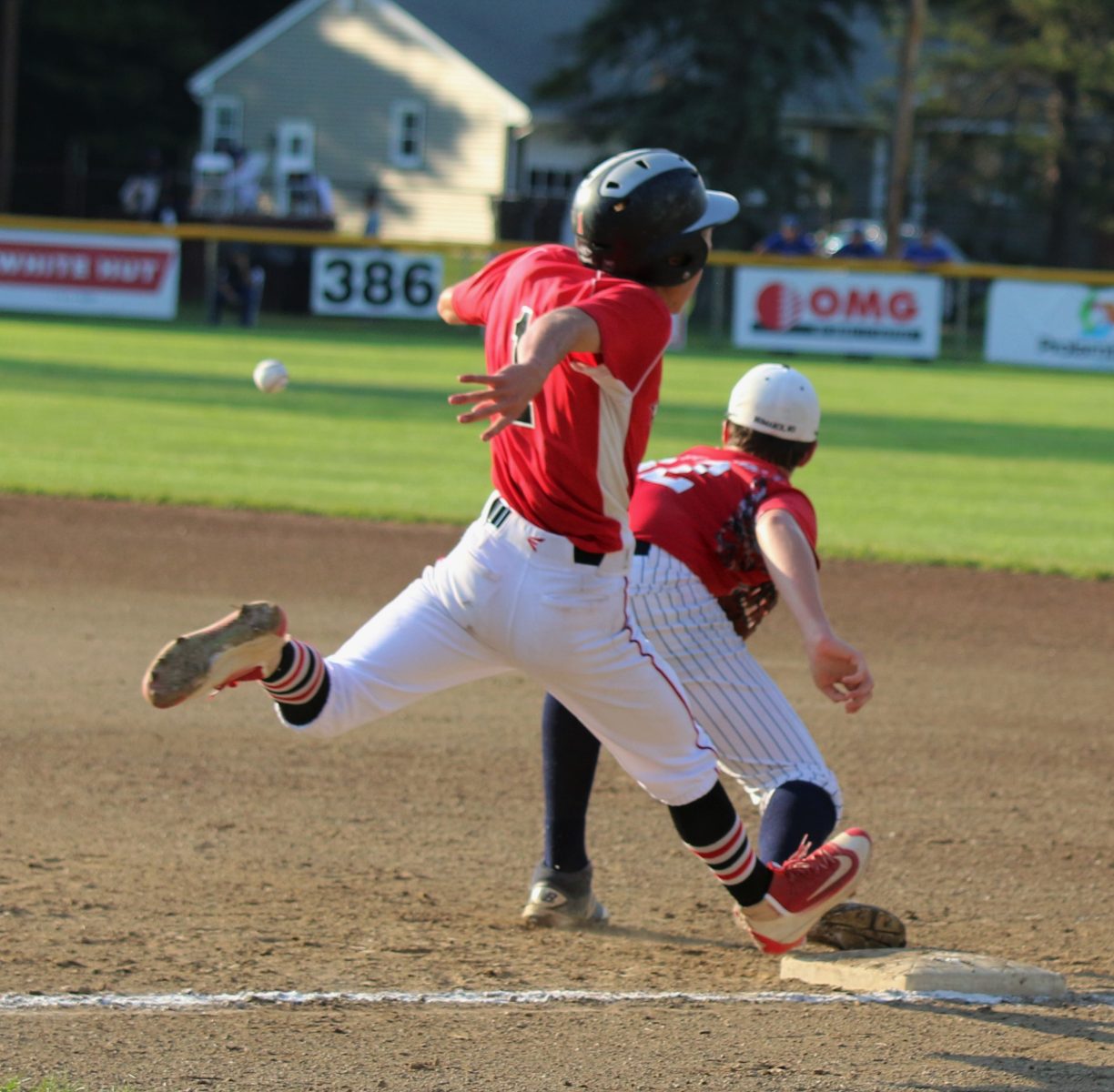 WESTFIELD – Bismarck (ND) proved it is in a class of its own.
After three days of the Babe Ruth Baseball 14-Year-Old World Series, Bismarck stands atop the American Division pool standings with an unbeaten record of 3-0.
Bismarck handed Janesville (Wisconsin) its first loss of the tournament, 6-3.
“Just everything was clicking on all cylinders,” said Bismarck pitcher Connor Hanson, who scattered five hits in six innings. Hanson struck out four batters and walked one. 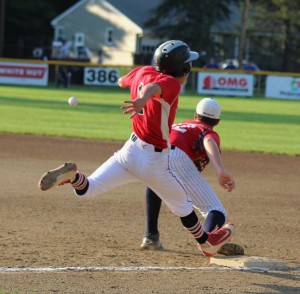 Bismarck (N.D.) did all of its damage in two innings – the third and fifth.
In the third inning, Mason Leingang was hit by a pitch. Connor Weikum and Cade Feeney walked. A balk provided the game’s first run. Hanson belted a double to right field for a 2-0 lead. A score on a throw home made it 3-0.
Two innings later, Bismarck doubled its lead.
Weikum walked. Darin Nolz singled. Luke Domres’ sac-fly made it 4-0. After an infield error, Bismarck led 6-0.
Janesville (WI) would not go quietly into the night though.
Janesville stormed back with three runs in the sixth. An infield error put Wisconsin on the board. Cody Logterman doubled in a run. A fielder’s choice cut Bismarck’s advantage to 6-3.
“Our pitching was really well,” Hanson said. “Glad I came out and threw strikes. Our defense was unstoppable. That’s why we won this game. Just to come out with the win is something special.”
Feeney closed out the seventh. He allowed no hits, struck out one, and walked none.