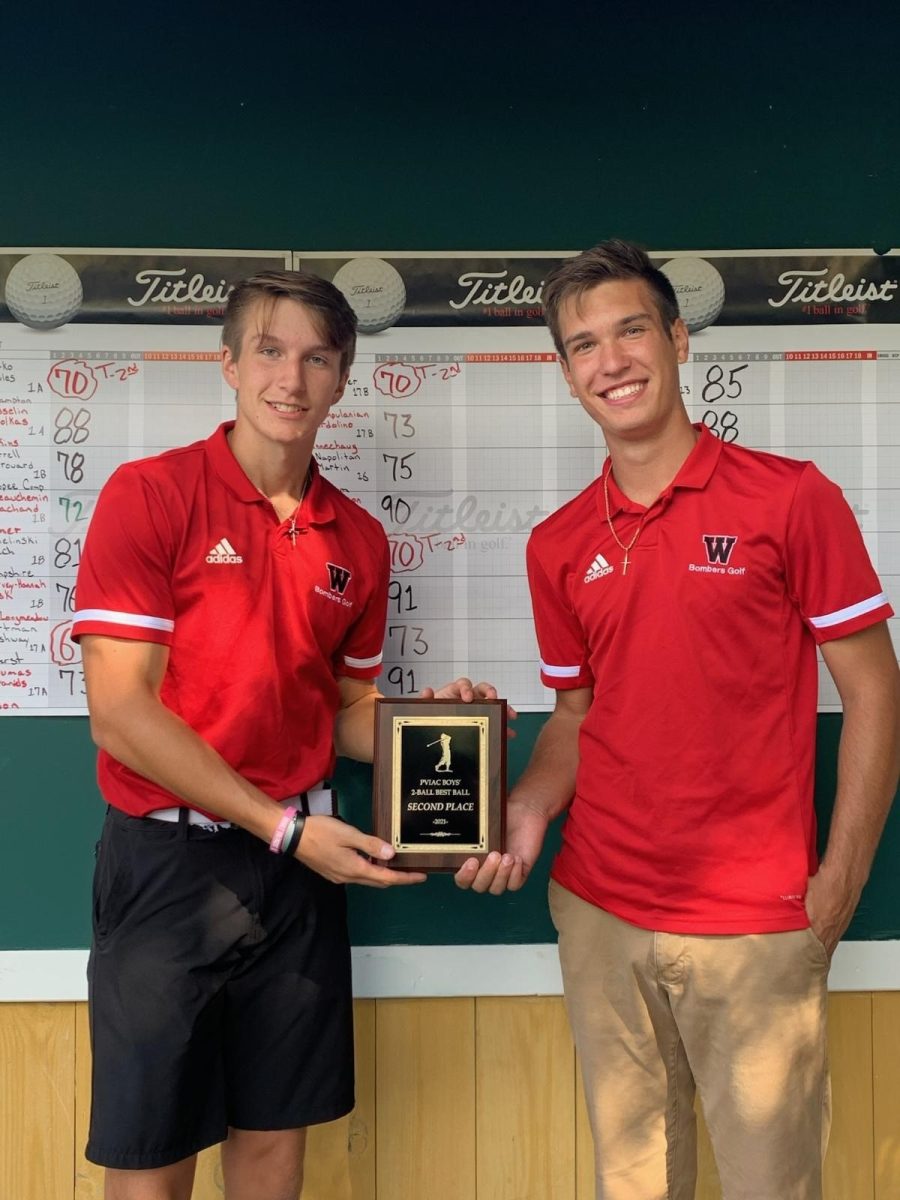 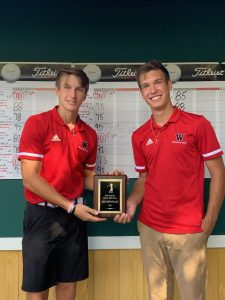 SOUTHWICK – For a pair of upperclassmen, the wait apparently paid off.
Westfield senior captains Anthony Schabowski and Joey Calderella both shot a 2-under-par round of 70 to finish runners-up at the Pioneer Valley Interscholastic Athletic Conference’s Two-Ball Championship at The Ranch Golf Club Wednesday.
The Bombers dynamic duo tied two other pairs – Galen Fowles and Evan Yurko (Northampton) and Andrew Bonnayer and Doug Mulligan (Ware). Amherst’s Piet Hartman and Chase Lashway won the event with a 3-under 69.
It was the best finish ever for Westfield golf in this format.
“I think Westfield really made this our statement,” Calderella said. “I think this keeps pushing us forward into Western Mass (championships). It was really special.”
The two Westfield golfers birdied the exact same holes – – Hole 1, 10 and 16. While extremely rare and in the eyes of some could be seen as a blessing, it was a curse of sorts for this competition.
“That was unfortunate,” Calderella said. “There were 15 other holes we could have birdied. …When one of us had a good tee shot approach, the other one would follow that up. We fed off that energy.”
In a 2-person best ball golf format, only the lower score of the team’s two golfers is used on each hole.
“Both of us hit the ball great, we had clutch putting, and grinded it out,” Schabowski said. “Joey was reliable today. I knew if I hit a bad shot, he would pick me up.”
Although the course appeared to be playing short, the greens were tricky. Putts were often a slippery slope – – two-putts were no guarantee – – but the Westfield pair navigated the strategic pin placement and fast greens with the support of one another.
For the two seniors, it was a dream come true.
When Schabowski and Calderella were freshmen, they went to watch David Tirrell and Bryan Daley participate in that year’s two-ball championship. They envisioned themselves one day playing in the same event.
“It was a dream for us back then,” Calderella said. “Today was surreal. It wasn’t a first place finish but to represent Westfield in the top three is a really meaningful day for me and Anthony. To finish on the podium made it even more special.”
The two golfers and their fellow teammates have the Westfield golf team playing its best golf of the season. On Tuesday, the Bombers shot their lowest round of golf thus far this season for a 156-160 win over Agawam. In that match, Calderella shot a 38, Schabowski and Jeremy McCormick each finished with a round of 39, and Andrew Florek had a 40.
Now sitting at 5-4, Westfield needs just two more wins to qualify for the postseason as a full team. The Bombers next travel to Longmeadow on Monday to take on the Lancers at Longmeadow Country Club.