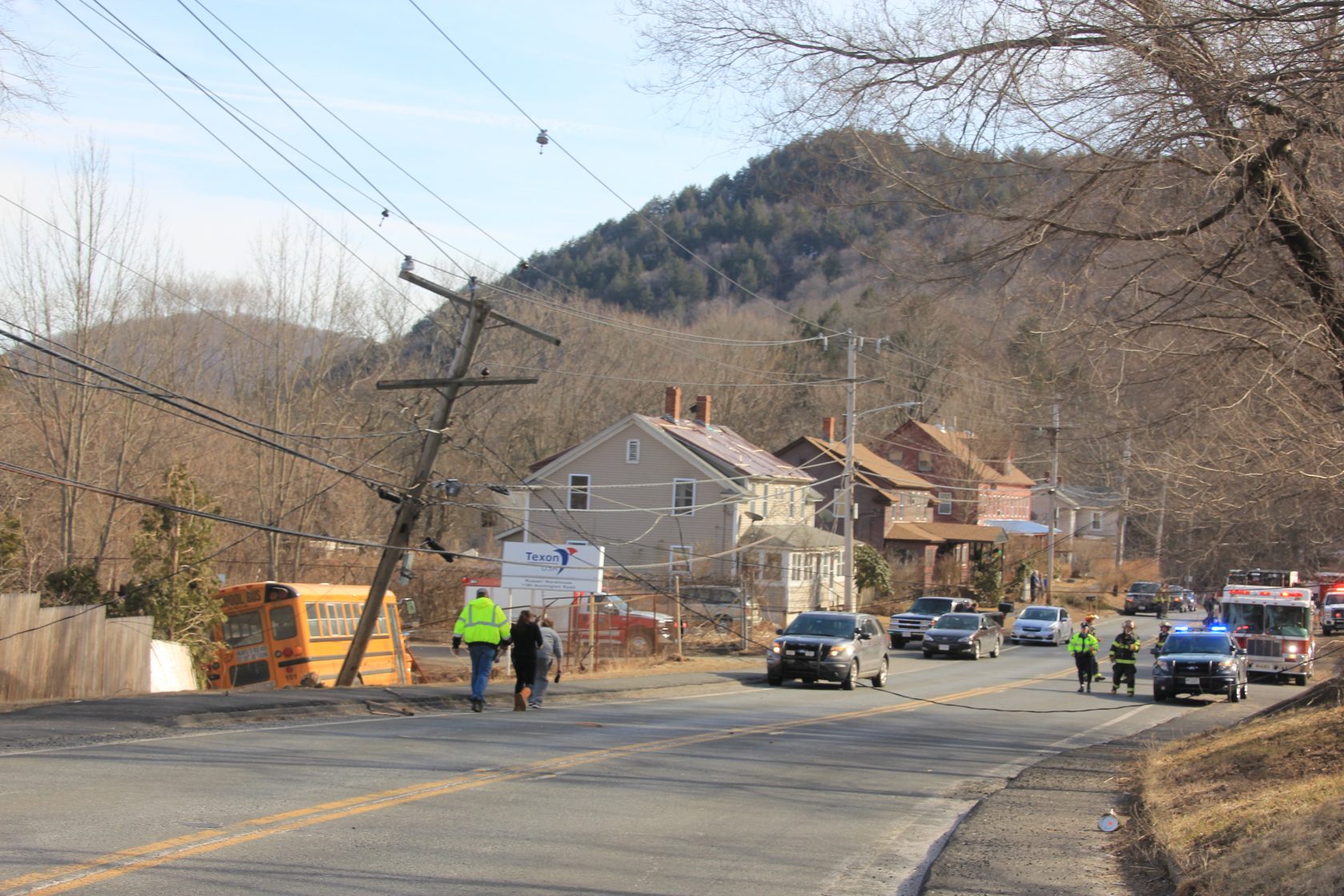 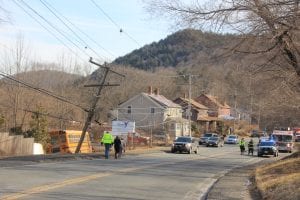 RUSSELL- A school bus carrying at least 10 elementary school students went off the road on Route 20 near the border of Russell and Huntington Thursday afternoon with no serious injuries reported.

One student who was on the bus was transported via ambulance to Baystate Medical Center in Springfield for further evaluation. The driver of the bus was also transported to Baystate Noble Hospital in Westfield. Both the student and the driver have since been released from their respective hospitals.

According to State Police Lieutenant Tom Ryan, the bus was traveling East on Route 20 when it veered over the center line and crossed the westbound lane and struck a telephone pole. The crash resulted in the pole coming down with live electric and communications wires. Crews from Eversource and Russell Electric were on scene to replace the pole. A portion of the road was closed off due to the downed wires, but a lane has since been reopened.

Ryan said that State Police were assisted on scene by the police departments of Russell and Huntington. The cause of the crash is still under investigation and no charges have been filed so far.