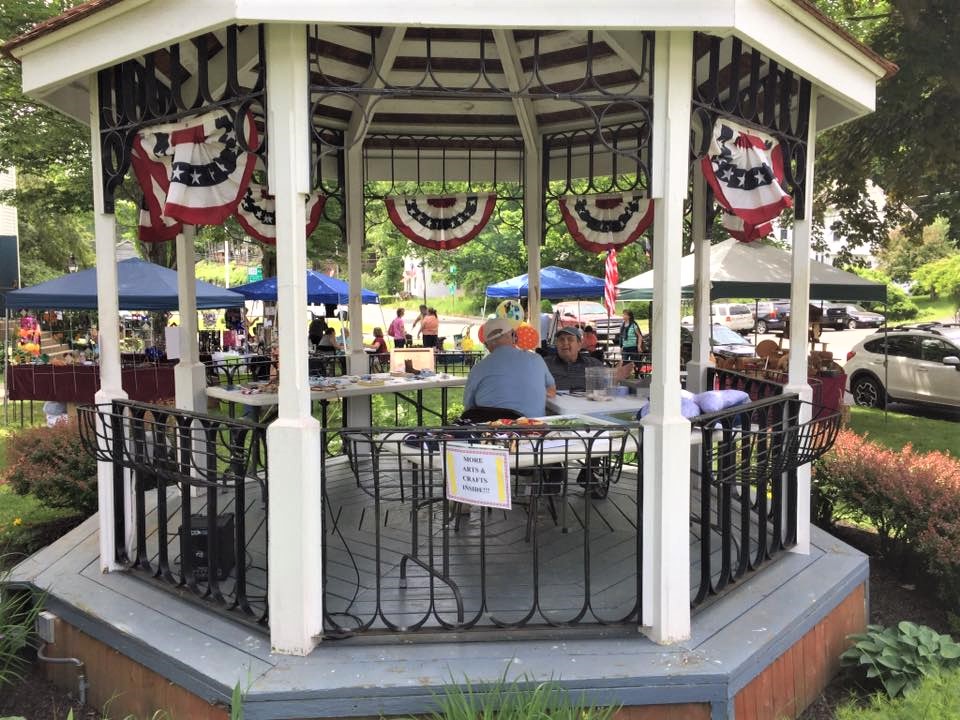 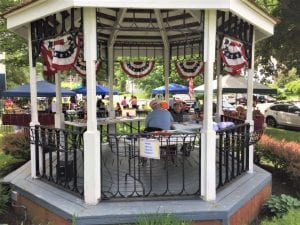 Some enjoyed a quick bite in the gazebo during last year’s Art & Craft Expo on the Town Common. (Photo submitted)

HUNTINGTON – The Men’s Club of the First Congregational Church at Norwich Hill is organizing the second annual Art & Craft Exposition & Sale this Saturday, June 8 on the Town Common at the intersection of Routes 20 and 112, and inside of Stanton Hall.
Rick Mollison, one of the Men’s Club members, said over 30 vendors have filled almost every spot inside and out. The show includes local and regional artists whose work has been juried by various artisan organizations, and area craft-persons renowned for their “Yankee Quality” products. Vendors will be selling their oil paintings, watercolors, photography, pottery, metal, wood, stained glass, fiber and wool art and much more.
Mollison, a wood turner who makes bowls, plates and goblets, and member Ron Messier, a wood carver and wood burner (pyrography), will both be displaying their wares. 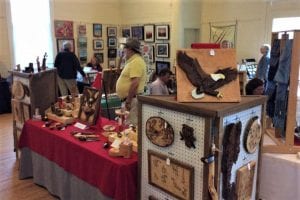 Mollison said other members of the Men’s Club will be selling hot dogs and hamburgers, raffle tickets for donated items from all of the vendors, and one for a coffee table built by member Randy LaPointe, to benefit the church.
Mollison said last year was a fantastic first event for the Art & Craft Exposition. He said the Men’s Club wanted to start a tradition in Huntington, and have it grow from year to year.
“Most of our vendors did better than expected, the food tent sold out around 2:30, we were surrounded by so much talent and positive attitudes, and everyone had fun,” Mollison said.
The Men’s Club of the 240-year old church meets monthly for breakfast at the Montgomery Grille and is actively involved in supporting programs and missions at the church, such as the Huntington Food Pantry, area homeless shelters, and support of a Native American sister church in North Dakota.
The Art & Craft Exhibition and Sale will be held from 9 a.m. to 5 p.m., rain or shine, and promises to attract enthusiasts from near and far throughout New England.