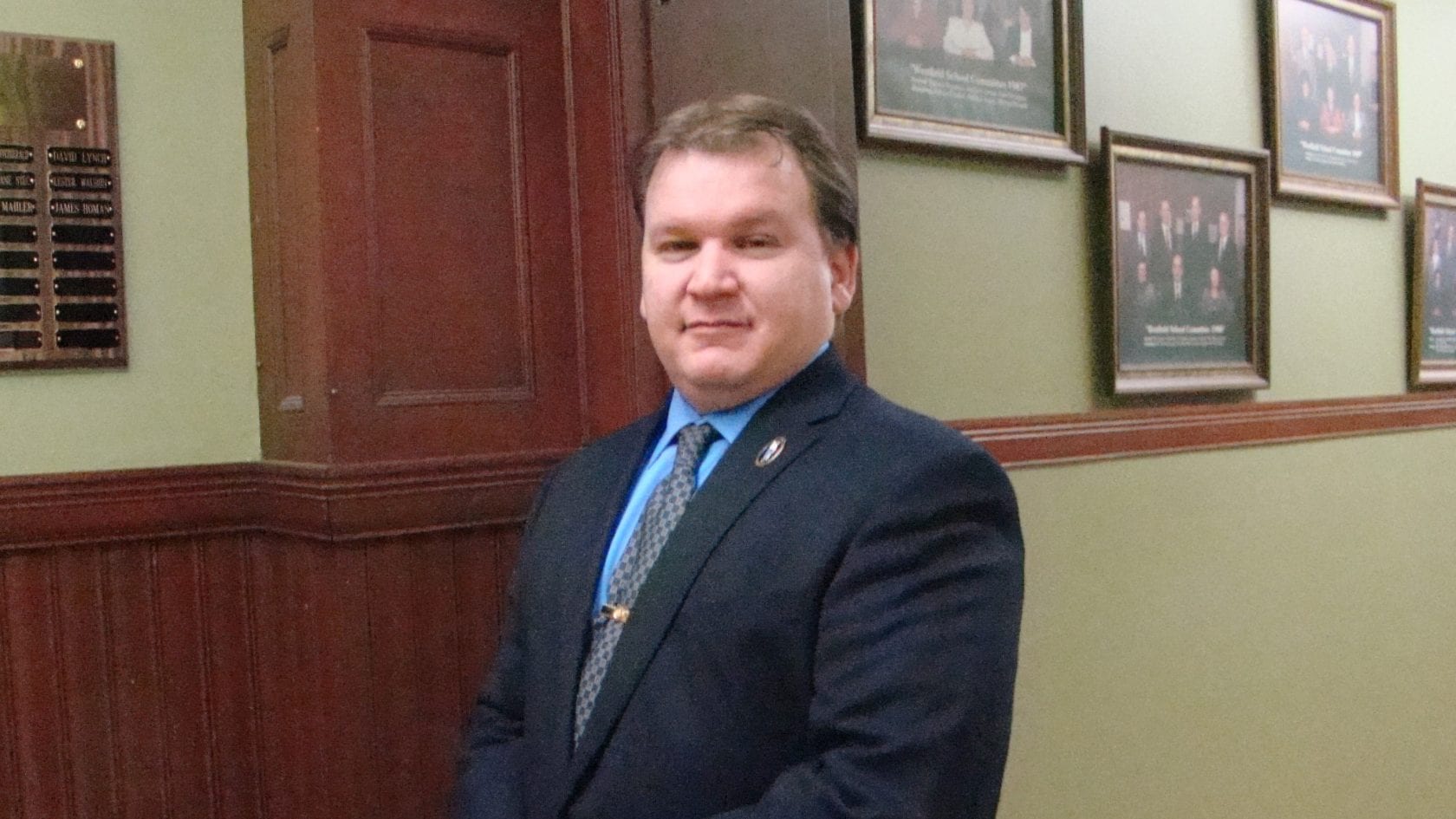 WESTFIELD – The second public hearing on the findings by the National Resources Conservation Service (NRCS) on the Arm Brook Flood Control Dam Project  has been scheduled for Jan. 29, 2020 at 6:30 p.m. in City Council chambers, according to Flood Control Commission Chairman Albert G. Giguere, Jr.
At the first hearing in November of 2018, NRCS Engineer Deron Davis said the dam, built in 1963 by their predecessor the Soil Conservation Service, has been serving its primary purpose of flood control with some recreation for fish and wildlife, but the initial assessment found that the dam does not meet current day criteria, and is not functioning as it should.
Allen B. Orsi, vice president of Pare Corporation, who NRCS hired to assess the condition of the dam, said they would be drilling for geotechnical evaluations, doing topographic and bathymetric surveys, and looking at the drainage system by putting in cameras in the series of pipes. He said they would also be performing underwater inspection of the spillway, and collecting and analyzing sediment from the storage pool bottom, and comparing the existing pond bottom with the original from 50 years ago.
Orsi said the next phase of the project, pending funding, would be to develop alternatives for the dam, including raising the top of the dam, widening the dam, non-structure alternatives or decommissioning. Comments from the public will also be incorporated into their report.
The January meeting is the required second public hearing for the Arm Brook Flood Control Dam project, at which the findings by the Pare Corporation will be discussed, along with their recommendations for Arm Brook dam moving forward.
Giguere said that residents and businesses near and downstream from the Arm Brook Dam should be made aware of the hearing as an issue of public safety.