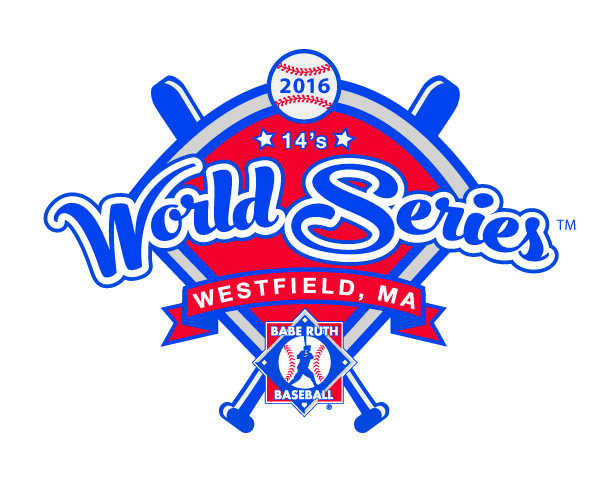 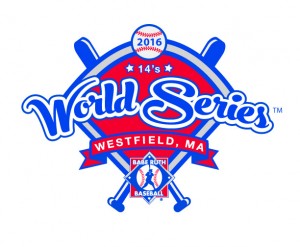 WESTFIELD – The stormy weather was not the only thing that would not go away during opening day for the Babe Ruth Baseball 14 Year-Old World Series.
Tri-Valley (California) began its quest for a second straight championship title with a 2-0 win over Sarasota (Florida) in the teams’ opener Thursday at Westfield State University’s Bud and Jim Hagan Field.
Tri-Valley rode the strong right arm of Jalen Sheppard to victory. Sheppard was sharp in his 2016 World Series debut, effectively painting the edges of the strike zone and allowing his defense to make the plays behind him. He allowed just one hit, a seeing eye base hit up the middle from Evan Gibbs to begin the seventh.
“I was pretty nervous actually,” Sheppard admitted after the game. “I heard this team was pretty good, beat up on every other team they played at regionals, so I was expecting a good fight, came out ready to pitch.
Other than that one hit, Sheppard was perfect – no walks either. After Gibbs’ single, the Tri-Valley righty bounced back by forcing a flyout, striking out another batter, and forcing a line drive out to end the game.
“I felt pretty good, couldn’t get my curve ball working for most of the game until the last inning,” said Sheppard, “so kind of decided to trust my team, trust my fastball and my changeup.”
Tri-Valley got on the board early with Asher Golden’s run-scoring double to deep left-center field in the bottom of the first inning.
Golden (3-for-3) also drove in an insurance run in the sixth.
It was a tough loss for Sarasota pitcher Alec Boot-Handford, who also pitched extremely well. Handford scattered five hits over six frames. He recorded two strikeouts and walked one.