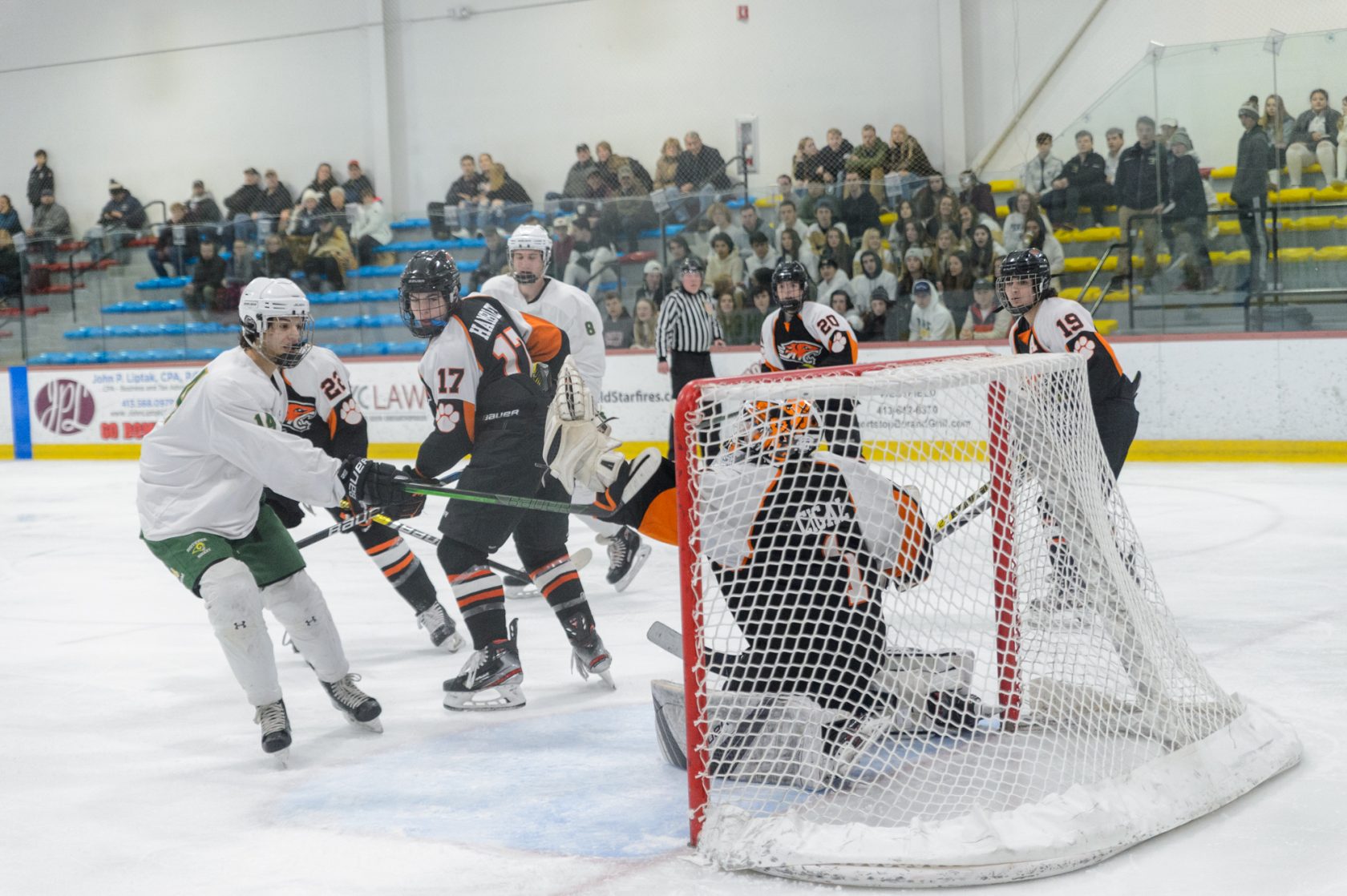 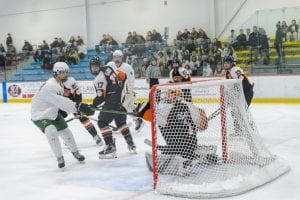 WESTFIELD – Four years ago, the Southwick Regional High School boys ice hockey team was born. Two years ago, the Rams stepped up to become a varsity squad. In the past few days, they nearly made the leap into the playoffs.
Southwick’s season-long journey came to an end Wednesday against the South Hadley Tigers, a 4-1 loss. The Rams finished 8-11-1.
Four different players scored goals for South Hadley.
South Hadley seized control of the game from the outset when Ryan Tucker netted a goal three minutes, 56 seconds into the opening period. Matt Brunelle made it 2-0 Tigers with a power play goal 3:36 into the middle frame.
Southwick’s Jesse Johnson sliced the lead in half with a goal coming with 10:18 remaining in regulation. Ten seconds later, Joe Meon made it 3-1 South Hadley. The Tigers tacked on an insurance goal with 5:07 left, courtesy of Mike Mazza.
Southwick goalie Andrew Morris finished with 24 saves. South Hadley goaltender Anthony Cigal collected 25.
“There were a lot of ups and downs for us as there are with any hockey season,” Southwick boys ice hockey head coach Chris D’Angelo said, “but what’s been accomplished in the last four years is nothing short of amazing.”
Southwick failed to record a win in its inaugural season and managed just two victories a year ago, their first season as a varsity club. This season, though, the Rams came within two wins of earning a berth in the Division 3A tournament. Their postseason hopes were dashed on Tuesday when Agawam scored a goal with 30 seconds remaining to steal a 3-3 tie.
“It was a learning experience,” coach D’Angelo said.
Despite being eliminated, Southwick delivered a gritty effort against a tough South Hadley unit that entered the game with a 9-7-1 record.
“I have two seniors (forward Noah Jubb and defenseman Nick Ensign) … two amazing kids that put their heart and soul into this game,” coach D’Angelo said, noting their efforts to help teammates make adjustments.
With that said, the future looks bright for Southwick boys ice hockey.
Said coach D’Angelo: “We are going to keep building for years to come.”