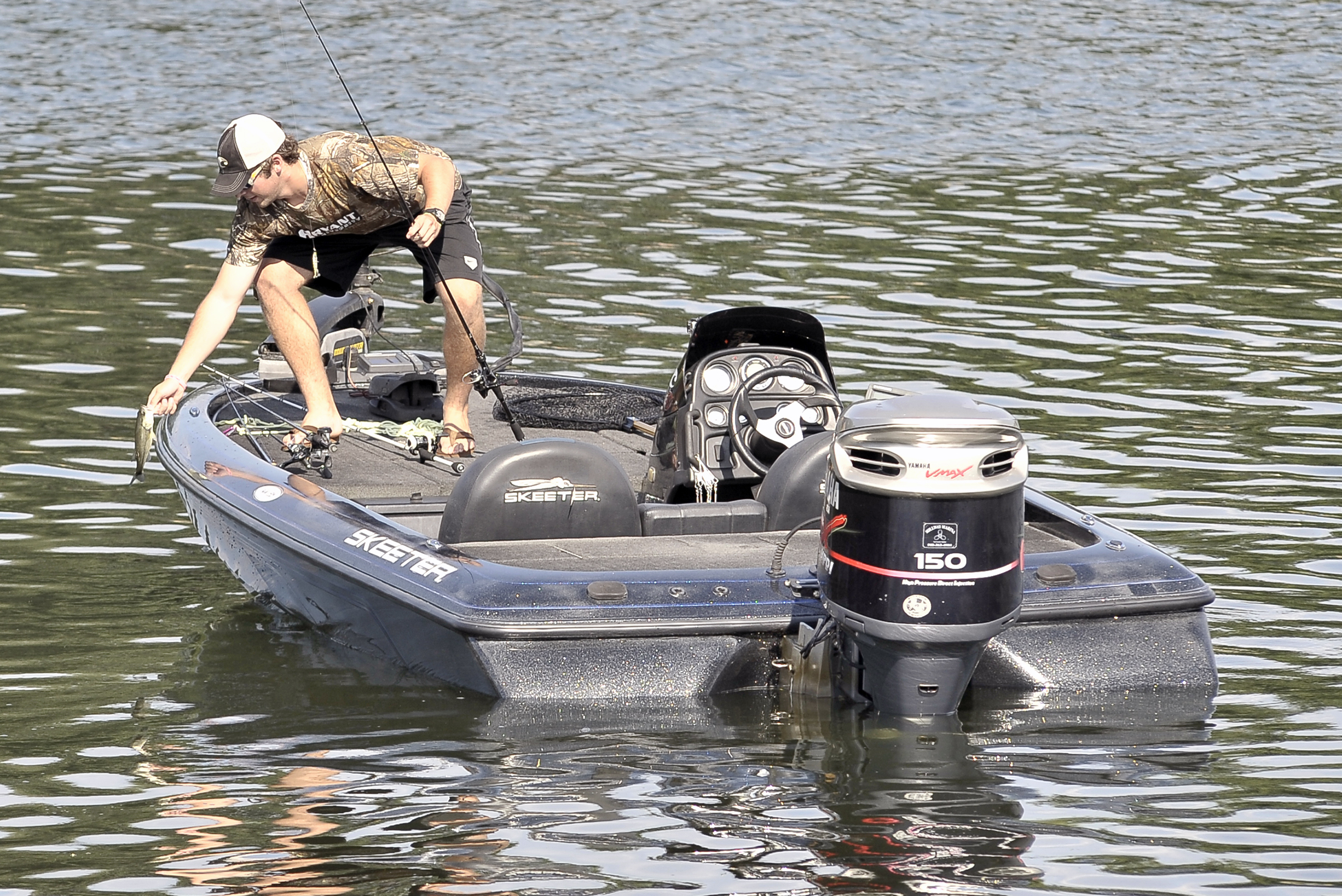 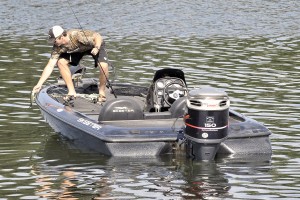 A fisherman releases a small bass he caught in the South Pond of Congamond Lake in Southwick in 2014. (Photo by Frederick Gore)

SOUTHWICK — Lake Management Committee member Norm Cheever recommended to the Conservation Commission Aug. 2 that fines be given out to waterfront residents of Congamond Lake who do not have the proper floating vessel registration.

Cheever said that he personally inventoried 933 docks, boats, floats, buoys and moorings owned by lakeside residents on both the Massachusetts and Connecticut sides of the lake. Of those 933 vessels, only 474 had the proper stickers, meaning that 429 of them are in violation, according to Cheever. Those 429 violations occurred across 183 different addresses in both states.

Southwick’s jurisdiction covers the entire lake, including the shoreline of properties on the Connecticut side. One property in Connecticut had 12 violations by itself, Cheever said later in the meeting.

Cheever said he found that those violations resulted in an estimated loss of $6,162 in total income to Southwick, after Suffield’s $2,400 annual payment from the memorandum of understanding is accounted for.

He said that annually enforcing the registration stickers would be made easier if the street number for lakeside houses could be made visible from the lake, which he said was often not the case when he did his investigation.

“Only 6.5 percent of the docks have the required location sign on them,” said Cheever.

Letters have already begun to be sent out to those in violation, warning them that they will face fines if they do not pay the annual sticker fee for their dock or vessel.

The memorandum of agreement for Congamond Lake dock fees with Suffield was signed in 2018, and expires in 2023. Cheever said that a “more equitable” agreement with Suffield should be sought when the current agreement expires. He also suggested that a legal opinion be sought for what options are available to the Conservation Commission to enforce Local Permitting Program violations that take place in the parts of the lake that are in Connecticut.

Conservation Commission Chair Chris Pratt said that he is not sure if the commission can fine Connecticut property owners because of the memorandum of agreement, but Secretary Jean Nilsson said that there is no language in the agreement that says they cannot.