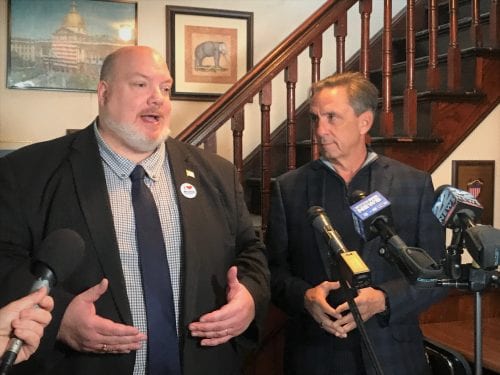 WESTFIELD — Efrain Luna, who had taken out papers for Mayor on June 15, did not return them by the Aug. 3 deadline. Consequently, there will be a two-way mayoral race between incumbent Mayor Donald F. Humason, Jr. and retired police captain Michael A. McCabe in the Nov. 2 general election.

There are eight certified candidates for seven at-large seats on the City Council. All of the candidates are incumbents except for Nicholas J. Morganelli Jr., who is currently the Ward 1 councilor, and has returned certified papers for both at-large and Ward 1.

According to the city clerk’s office, Morganelli will have to withdraw from either the at-large race or the Ward 1 race by Sept. 27 at 5 p.m., as a candidate may only be nominated for one municipal position per election.

Andrea L. Pennington is the sole candidate for a six-year term as Westfield Athenaeum Trustee.