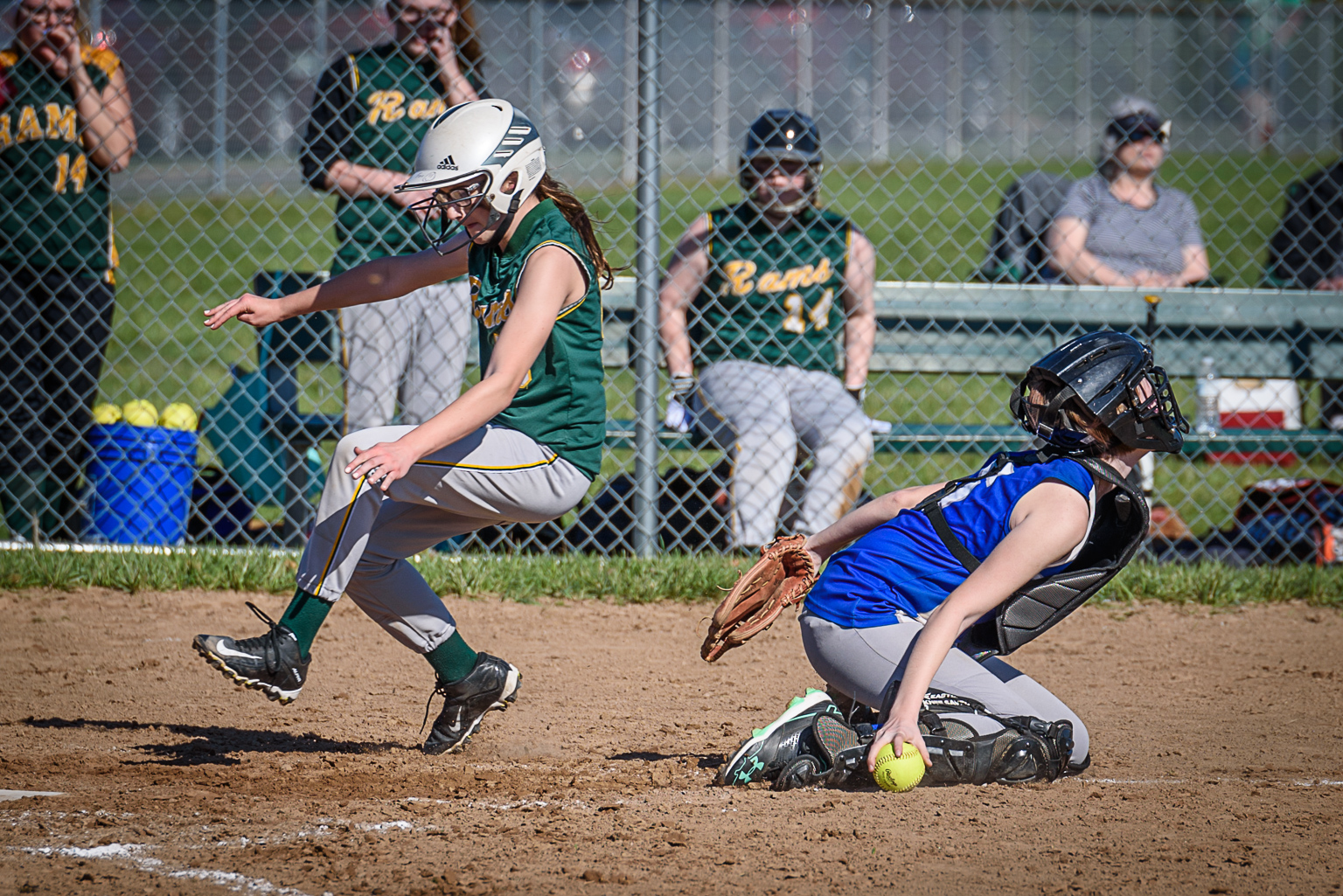 The Southwick-Tolland Regional ball teams received a split decision Friday, with the softball squad winning a thriller. Despite a loss by the baseball team, several players tore the cover off the ball for the home team.

SOFTBALL
Southwick 3, Granby 2
After getting shut out by an impressive Turners Falls squad, shorthanded Southwick rebounded with a thrilling victory. 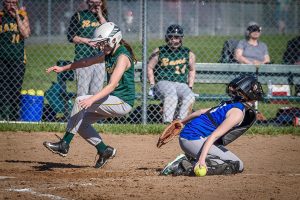 The Rams looked to run past Granby Friday in Southwick. (Photo by Marc St. Onge)

Southwick pitcher Emily Lachtara struck out 15 batters in tossing a no-hitter Both Granby runs were unearned.
Southwick’s McKenna Leary scored the winning run with a sixth-inning triple. Caroline Wilcox (1-for-2) and first baseman Jillian Gentile stepped up their games with impressive for the Rams, who were without three starters.