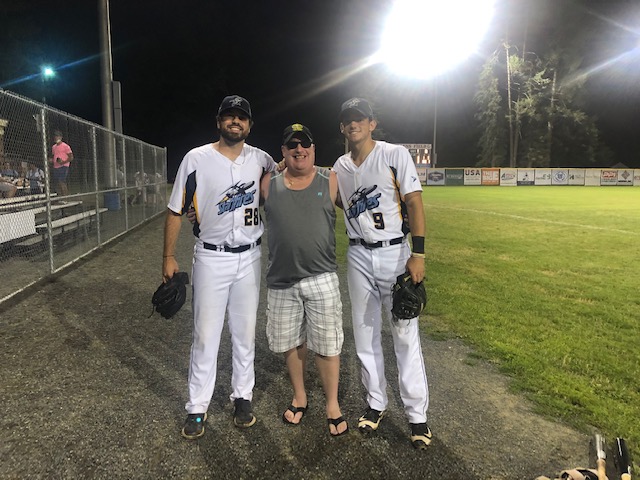 WESTFIELD – Each summer, “Starfire Families” are sought for Westfield Starfires players. For Nicholas Breton of Chicopee, the “timing seemed right” to step up to the plate and open his home to two players – shortstop Eric Callahan and pitcher Jeff Taylor.

“I was in the Army and moved back to Chicopee in 2008 from Germany and I got involved with the Holyoke Blue Sox through my Army Recruiting Office,” said Breton, adding, “but then life takes a curveball and I end up in Korea for some time before my retirement.” 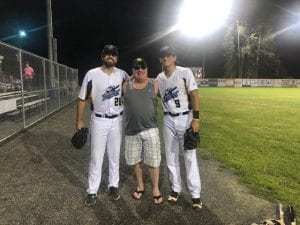 Breton noted his sister, Terry Hamel, who works in the athletic department at Westfield State University, heard of the need for host families this year and mentioned the idea to him.

“I figured why not,” said Breton, adding, “I am retired and the timing seemed right.”

The Westfield Starfires compete in the Futures Collegiate Baseball League and home games are conducted at Bullens Field. While the baseball season is quickly coming to a close, Starfire Families for next summer are being recruited.

“It is a great opportunity for these kids to showcase their skills with the possibility of moving up to the Majors one day,” said Breton. “Some of these kids wouldn’t have anywhere to stay so they wouldn’t be able to play in the league and a possible missed opportunity.”

Breton added that Callahan and Taylor are “great kids.”

Callahan is a senior, and Taylor is a junior, both from Millersville University in Millersville, Pa.

“They are always polite, very respectful, just a nice couple of kids to have around,” said Breton. “I sometimes forget they are still kids because of their demeanor on the field and how focused they are to be here, and then I go outside for something and they are playing basketball in the pool and just having fun and laughing.” 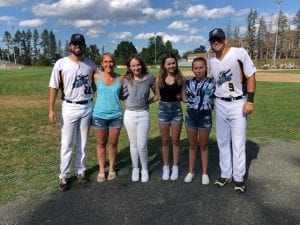 Breton noted his two daughters, Brooklyn, 18, and Bailey, 16, have also benefited from the host family experience.

“I think it is a great opportunity for them to learn from these guys about college life and being involved with sports during that time,” said Breton. “Brooklyn will be attending AIC in Springfield this fall as part of the women’s soccer team so I am finding it especially important for her to interact with them.”

Breton added that with Callahan and Taylor providing invaluable feedback about the life of a college athlete to his daughters, the summer experience “has actually been beneficial both ways.”

When Breton’s schedule allows, he does attend home games to see Callahan and Taylor in action.

“I suppose I could make more games being retired but I like to give the guys some space while they are out doing their thing on the field, plus it gives us time when they get home at night to talk about how they played,” said Breton. “The irony is both Eric and Jeff are modest and the conversations are short. Then you go watch a game live and see the talent these kids have and realize just how modest they are. Like I said, good kids.”

On Aug. 6, Breton brought his 86-year-old neighbor Roland Lavalle to a game.

“Roland is a die hard Red Sox fan and he was just in his glory,” said Breton. “I had him take pictures with Jeff and Eric as well as catcher Johnny Tuccillo. He was smiling the whole time.” 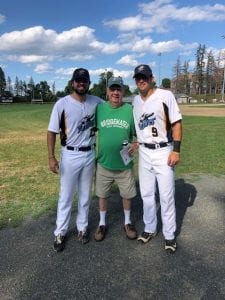 Both Callahan and Taylor are wrapping up their first season with the Westfield Starfires.

As for Callahan, who is originally from Columbus, Ohio, his host family experience has been “awesome.”

“The experience has been awesome,” said Callahan. “Nick brought me and Jeff in and has been great. We aren’t home very often due to games and travel but Nick and his daughters have welcomed us. They have supported us at games and made sure we have everything we need at the house to play our best.”

“The experience is all I could ask for,” said Taylor. “We’ve been smart and able to avoid the virus as well as enjoy ourselves with the amenities that Nick has for us.”

Chris Thompson, Westfield Starfires co-founder and owner, encourages other families to consider hosting a player in 2021.

“We were contacted by a few local families who had additional space in their home and expressed interest to become a host family,” said Thompson, adding it was imperative that each player, their parents and the host family all “felt comfortable” with the program.

“We are extremely fortunate that current players’ families also opened their home to other players this season as well,” said Thompson, noting the 2020 Starfires roster included top local players from the region.

Thompson noted he is seeking 15-18 families to host players for the 2021 season.

For more information on hosting a player next summer, contact Evan Moorhouse, director of baseball operations, via email at [email protected] or visit westfieldstarfires.com.

Breton also encourages area residents to attend a game before the season ends. The Starfires have home games remaining against the Worcester Bravehearts (Aug. 15) and Nashua Silver Knights (Aug. 19).

“You cannot beat the entertainment factor,” said Breton, adding, “and, of course, who doesn’t want to support something local?”

Breton added attending a game is also a “great interactive experience for the family” since the players walk around the field and talk to fans. 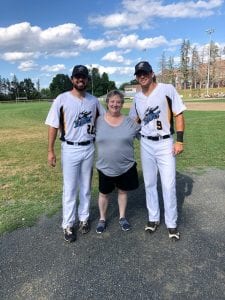 “There is so much local talent out there that in my opinion you should want to be out there and instilling the values of hard work and sportsmanship in our children, it makes them better people,” said Breton.