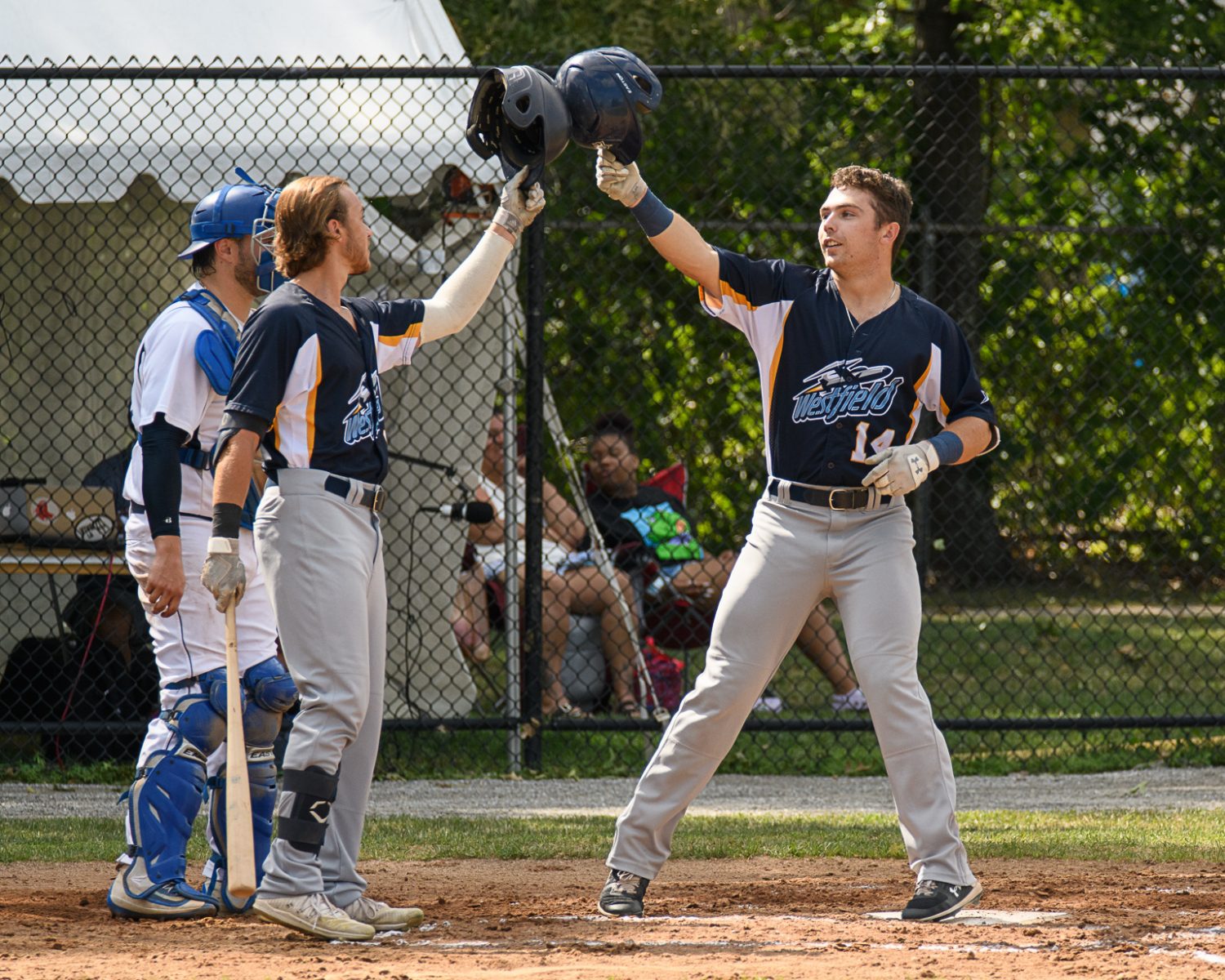 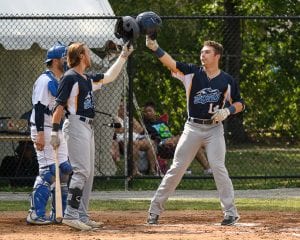 LEOMINSTER – Going … going … gone.
Chances are if you looked up at Doyle Field Wednesday afternoon, you would see a baseball soaring out of the ballpark.
The Westfield Starfires and Futures Collegiate Baseball league-leading Worcester Bravehearts combined for five home runs as the Bravehearts doubled up the Starfires at Worcester’s home ball field 16-8 Wednesday.
Aidan Wilde (Stonehill) launched the game’s first homer, knocking home lead-off hitter Danny Torres (Saint Leo) and No. 3 batter Ben Rice (Dartmouth) who both reached base on walks.
Rice hammered the next dinger, another three-run shot to give Worcester a 7-0 lead after just two innings.
It was Westfield’s turn in the third inning as No. 9 hitter Danny Crossen (Northeastern University) smashed a solo home run over the center field fence.
Worcester tacked on three more runs in the third. Consecutive one-out singles from Joe Pesce (NYIT) and Jack Gardner (Morehead State) and a walk from Chad Shade (Springfield College) loaded the bases. A Trevor Johnson (Dartmouth) sac-fly RBI followed by RBI singles from Torres and E.J. Exposito (NYIT) made it 10-1.
Despite trailing nearly by a touchdown, extra point and a field goal, Westfield battled back the best it could.
Michael DeMartino (Southern Connecticut State University) reached with one out to begin the Westfield half of the fourth. With two outs, Reggie Crawford (University of Connecticut) singled. Mark Coley (University of Rhode Island) skied a fly ball into very shallow right center field that the second baseman could not get to in time, resulting in a run scored. A two-run single from Crossen to right field brought the Starfires within 10-4.
Westfield native Jimmy Hagan (Quinnipiac University) provided his team with a half-inning of scoreless relief in the bottom of the fourth. The Starfires made it a game in the fifth with back-to-back homers.
After Eric Callahan (Millersville University) flared a single to center field to begin the fifth, Drew DeMartino (University of Hartford) unleashed a two-run dinger to right field. In the next at-bat, Ramon Jimenez (Boston College), of Chicopee bashed a solo shot over the center field wall to pull the Starfires within 10-7. A Crawford sac-fly RBI made it 10-8.
It is as close as Westfield would get.
Worcester recouped one run in the bottom half of the fifth when Rice delivered a run-scoring single, and another in the sixth on a Gardner RBI double. The Bravehearts tacked on three more runs in the seventh as they continued to run through Westfield’s bullpen. The Starfires used five pitchers in the contest.
Torres manufactured a run, leading off the seventh with a single, advancing on a fielder’s choice, moving to third and scoring on consecutive wild pitches. Ben McNeill (NYIT), Wilde, and Pesce drew consecutive two-out walks. Gardner and Shade were each hit by pitches, bringing the tally to 15-8.
Worcester scored a run without a hit in the eighth when Torres netted a two-bagger on an infield error, advanced to third on a wild pitch, and scored on an Exposito sac-fly RBI.
Next up for Westfield: a home day-night double header with the Brockton Rox on Thursday followed by a return trip to Leominster to play the Worcester Bravehearts Friday night at 6.