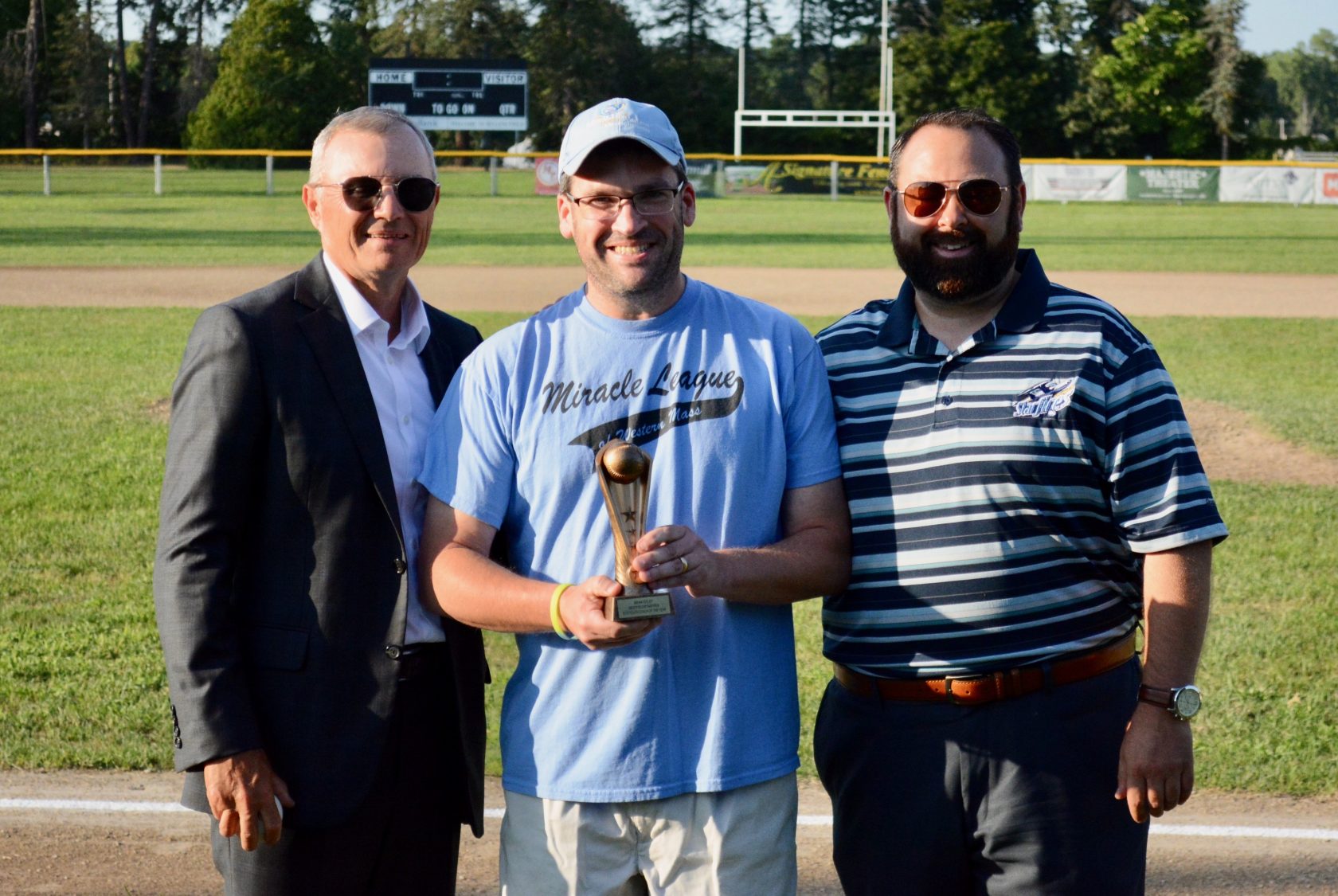 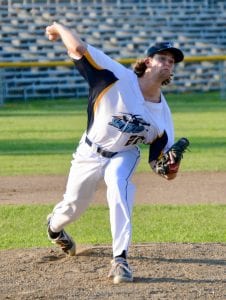 WESTFIELD – In the Starfires’ final home contest of the 2019 inaugural season, the team exited Bullens Field for the last time this summer with a 6–1 loss to the Worcester Bravehearts.
The game was scoreless until the fifth inning, with great pitching performances on both sides, making for a quick first half of the matchup.
Worcester initiated a change of pace in the fifth, shutting down the Starfires from that point on, effectively keeping them off the scoreboard until the ninth inning. The Bravehearts scored two runs in the fifth off of three hits. Third baseman Aidan Wilde hit an impressive three-run home run to right-center field in the sixth inning.
A handful of defensive highlights came in the seventh for the Starfires, despite an offensive struggle. Shortstop Dolan Ocasal had two notable plays, a diving catch and a clutch throw to first on a close play. Pat Galvin made an incredible catch in the inning as well, sliding to his knees to make a key play in left field.
While Westfield failed to create much offense for most of the game, Christian Walsh hit a rocket to left field to lead off the ninth inning that resulted in a solo shot homer. It was his sixth dinger of the season and would account for the only Starfires run of the game.
Westfield recognized a handful of members of the team prior to the contest, handing out awards to three outstanding members of the Starfires. “Rookie of the Year” was bestowed upon Pat Gallagher, a pitcher who took the mound in six games this season with 23 strikeouts in 20 innings. Infielder Christian Walsh snagged the honor of “Silver Slugger” for his productivity at the plate. Walsh racked up 42 hits through 48 games with a batting average of .241. The batting title champion was given to first baseman-outfielder Thomas Joyce, whose batting average currently sits at .370, the highest in the league, with 50 hits in 42 games played. He is also in the award conversation for the entire Futures League as he has been named a finalist for league “MVP”.
A second Starfire is up for a league award as well, that being pitcher Jack Fox, who has had a standout season. Fox has pitched 61 innings in nine games and has recorded a total of 74 strikeouts. He broke the Futures League all-time league record for most strikeouts in a single season on Monday.
Westfield will finish up the rest of the season on the road, playing four games in the next three days. The season will close out on Aug. 4 in Pittsfield.
With the final home game of the season in the books, the Westfield Starfires organization thanked all of its fans, loyal season ticket members, host families and corporate partners that have shown their continuous support throughout the team’s inaugural campaign.
A special thank you was also extended to the City of Westfield for making the season possible. – Courtesy of Audrey Gamble/Westfield Starfires 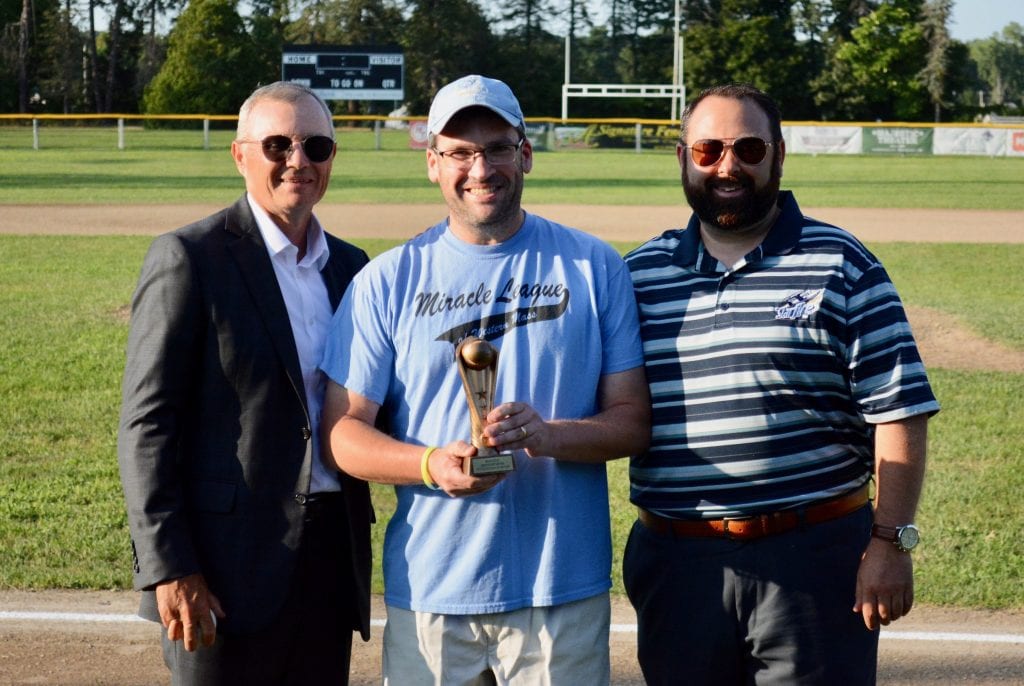 The 2019 Youth Coach of the Year, Brian Feeley, center, of the Miracle League of Western Mass, stands alongside Baystate Noble President Ron Bryant, left, and Westfield Starfires owner Chris Thompson, right, after being presented with a trophy during a pre-game ceremony at Thursday night’s game against the Worcester Bravehearts at Bullens Field. (Photo by Chris Putz)