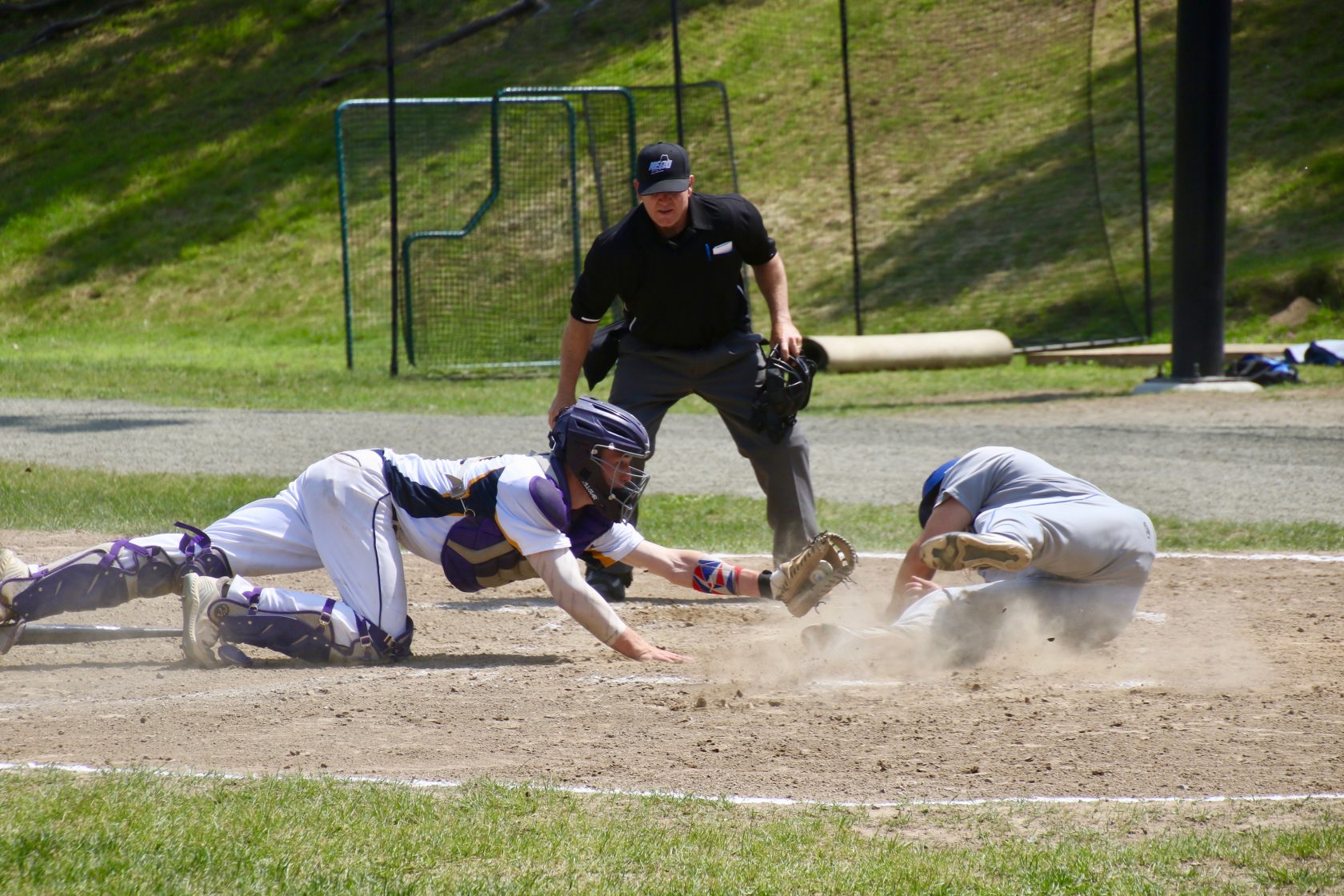 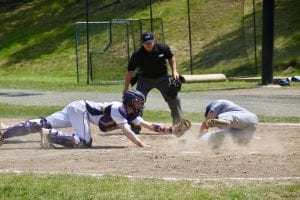 WESTFIELD – The Westfield Starfires ended their three-game homestand on Wednesday morning with a 9–5 loss to the Bristol Blues after coming off of two straight wins.
While the loss came as a disappointment after a pair of victories, the matchup between the Starfires and the Blues held some excitement. Being that it is still early in the team’s inaugural season, the Starfires organization has been experiencing historical and noteworthy moments each game.
The Blues earned the first run of the game which left the Starfires in a hole in the first inning. Westfield’s Andrew Ciacciarelli took note, and made franchise history, not for the first time, earning the team’s first home run in his first at-bat of the game.
Ciacciarelli launched the ball to left-center field with a powerful swing, making the impressive hit look easy. Ciacciarelli’s homer drove himself and Devin Kellogg home and put the Starfires on the board to take an early 2–1 lead.
Both teams were neck-and-neck for most of the game, with few runs scored for the majority of play. The score was 4–3 in favor of Bristol heading into the eighth inning, which ended up being the turning point of the matchup that led to a victory for the Blues.
Bristol’s Zeke Diamond caused some trouble for the Starfires when he placed a hard hit ball in right field with one runner on base. The hit resulted in a triple for Diamond and a run coming across the plate for the Blues. Diamond would later score to leave the Starfires down three runs heading into the ninth inning.
Bristol added two more runs to the scoreboard in the ninth; a tough spot for Westfield to be in for the last at-bat of the day. While the Starfires put up two more runs thanks to a few singles and a handful of defensive errors, they were not able to finish with a win.
The Starfires (2-5) will play their next two matchups on the road where they hope to work out the bugs from Wednesday’s game and return to Bullens field with victories in hand. – Courtesy of Audrey Gamble/Westfield Starfires