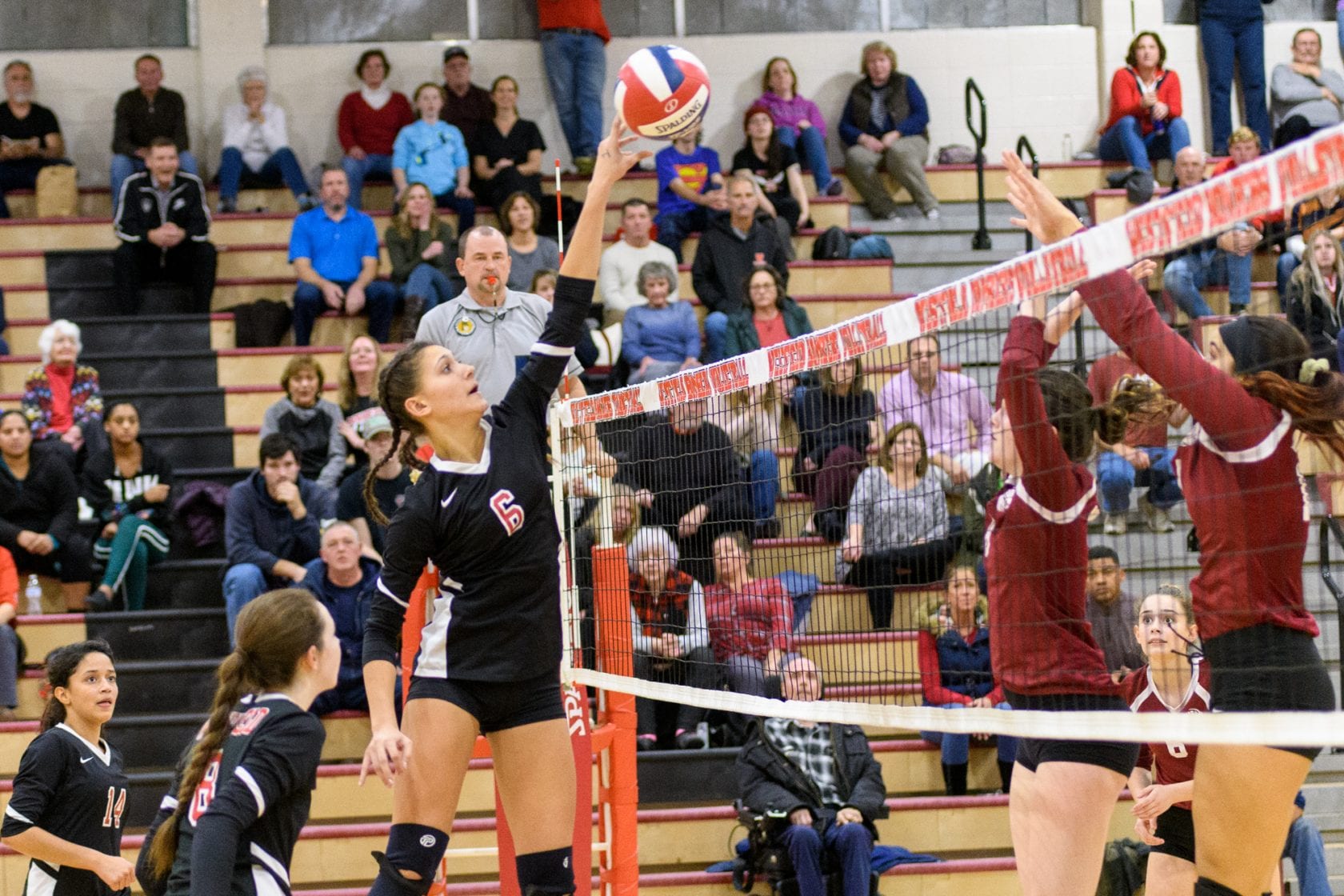 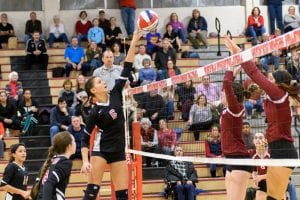 Viktoria Pavlyuk slams the ball over the Amherst blockers and into the open court for a Westfield point in the West Division 2 girls volleyball quarterfinals Monday. (Photo by Bill Deren)

WESTFIELD – It wasn’t easy, but the Westfield High School girls volleyball team made sure the West Division 2 held true to form by avoiding a quarterfinal round upset.
Top-seeded Westfield battled No. 9 Amherst to a five-set victory Monday night, eliminating the visiting Hurricanes, 25-20, 13-25, 25-23, 23-25, 15-7.
‘It’s new territory for sure,” Westfield coach Tyler Wingate said of his team’s playoff status as the top dog, rather than the underdog. “We knew Amherst was a quality opponent and were not your typical number nine seed.”
“Amherst plays in the top division in Western Mass., so it was a tough first round test for us,” Wingate said. “They forced us to earn quality points against them.”
Several players stepped up to the challenge.
Irelis Rodriguez put together a nice all-around effort for Westfield with 16 kills, 11 digs, and two aces. Bombers’ Tetyana Shvyryd delivered 10 kills and 21 digs. Brigid Moriarty contributed 38 assists; Tori Hosmer landed eight kills; and, Madison Robitaille collected four kills, 10 digs, and two aces.
Said coach Wingate: “We struggled at times to put extended runs together but I think we competed well and in the end made the necessary plays to get a big one on our home court.”
Westfield next takes on No. 4 Central in the semifinals Thursday at Chicopee Comprehensive High School at 7:30 p.m.