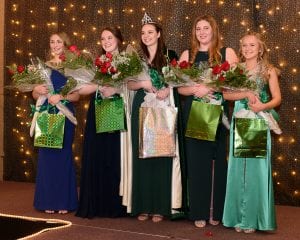 WESTFIELD – The Irish are known, among other things, for their spirit and resilience, two things that have served the Sons of Erin well this past year and are a reason to celebrate on St. Patrick’s Day.

When the Holyoke St. Patrick’s Parade was canceled in 2020 due to the first cases of coronavirus spreading across Massachusetts, Sons of Erin Vice President Peter Miller said everyone was disappointed but understood the need to cancel.

Then businesses deemed non-essential were closed, including social clubs such as the Sons of Erin.

The club, which is supported by membership dues and numerous special events throughout the year, suddenly lost revenue. The many weddings and parties hosted there were halted indefinitely. There was no Irish Night, no Patriots tailgate party and no parade related events such as the Colleen Ball. There was no live music or Sunday brunches, but there was always the resilience and spirit of the Irish and dedication from Sons of Erin members.

Sons of Erin President Jim Laverty said a Covid-19 Relief Fund was created and that kept them afloat.

“We have always had options for members to contribute funds, such as the Colleen Committee of Float Committee,” Laverty said. “So, we created a COVID-19 Relief Fund to help us out.”

Having a fully operating kitchen also helped them reopen for members only.

“A lot of social clubs were looking for ways to stay open and applied for restaurant licenses and we were fortunate that we already had a fully operational kitchen,” Laverty said. 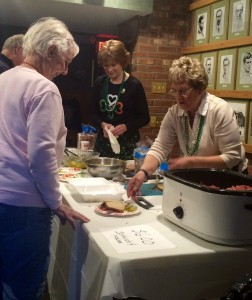 The Sons of Erin received the license necessary to open their kitchen to its 900 members.  This year, once again, the Sons of Erin doors will not be open to the public on St. Patricks’s Day, however, members — in limited numbers because of capacity restrictions – will enjoy corned beef sandwiches and streaming Irish music. It will be a far cry from the norm, but it’s something.

“It’s better than last year,” said Laverty, adding he is “hopeful” that the community can begin booking events at the Sons of Erin later this spring.

Westfield Colleen Brigid Moriarty and her court — Hannah Bean, Emily Langlois, McKenzie Kiltonic and Jillian Conroy – will have the longest reign in Westfield Colleen history. They were selected in 2020 and will continue to hold their titles until after the next Holyoke St. Patrick’s Parade, as will Westfield’s Irishwoman of the Year Beth Burns and Irishman of the Year Mark Hanrahan.

When parade officials announced in January there would be no 2021 parade, Holyoke St. Patrick’s Parade Committee Vice President Karen Casey of Westfield, who also serves on Westfield’s parade committee through the Sons of Erin, said the news was disappointing, but inevitable during the virus spike.

“The decision to cancel the parade is the most responsible decision that could be made,” said Casey at that time. “Some people won’t understand the decision being made so ‘early,’ but honestly there’s so much that goes into the planning of this event that we can’t cut any corners — we need to do it right.”

Last weekend, Moriarty and some members of her court participated in a “reverse parade” at The Eastern States Exposition where local colleens and Irish award recipients waved to passersby at The Big E grounds in West Springfield.

The next parade will be March 20, 2022 and the next Westfield Colleen will be selected in 2023. Casey noted that anyone who would have participated in the colleen contest in 2021 or 2022 but would normally not be able to participate in 2023 due to their age could obtain a waiver for 2023. Casey said everyone is making the most of St. Patrick’s Day this year and looks forward to the next parade season.

“The health and safety of everyone is of utmost importance to all of us,” Casey said. “While people are sad, we will definitely march again, and it’ll be a heck of a time!”