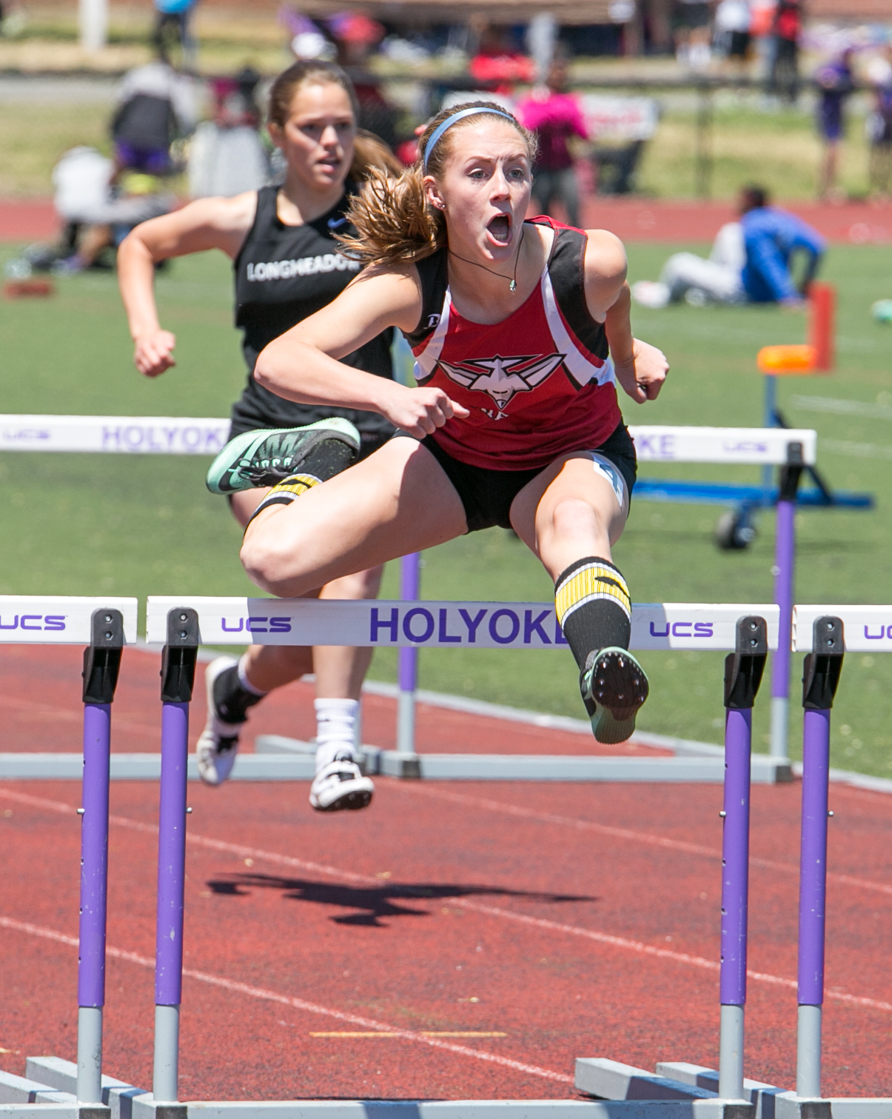 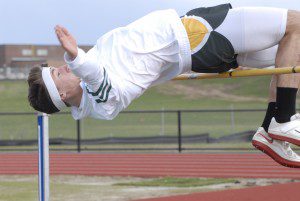 SHELBURNE FALLS – After battling all day Friday with Wahconah Regional High School for the championship at Mohawk Trail Regional High School, the Rams of Southwick Tolland Regional High School claimed the Western Mass. District F&G Division II Championship, defeating the Warriors 79-77.
After WRHS won the 4×400-meter relay to conclude the track events, Southwick used a combined effort on the long jump from Jonathan Collins and Mike Fleming to jump Wahconah for the title. Collins won the event by jumping 20 feet, 7.25 inches, while Fleming earned fifth place with a final length of 18’6”, combining for the crucial 14 points to put the green and white ahead. 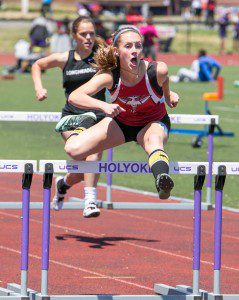 Southwick was led by the trio of Collins, Dan Lane and Nick Peterson for a majority of events. Aside from his long jump win, Collins also won the 400-meter run in 51.41 seconds and placed third in the high jump with a top height of 5’10”. Lane won the 400-meter hurdles in 37.94 seconds and finished second in the 110-meter hurdles in 15.75 seconds, while Peterson placed third in the triple jump with a distance of 41’4.25″.
Southwick’s northern neighbors competed at Holyoke High School Saturday at the Western Mass. District F&G Division I Championships, where Westfield High School finished sixth in the girls’ standings and eighth in the boys’ standings.
The Bomber girls finished Saturday with 47 points, 63 points behind champion Northampton. In 15.40 seconds, junior Morgan Sanders won the 100-meter hurdles, the lone victory for WHS on the day. Sanders also finished third in the long jump with a top jump of 16’3.75″. 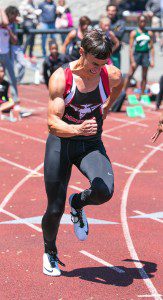 Westfield senior Jordanio Oquendo starts his event on Saturday during the track and field championships at Holyoke High School. (Photo by Liam Sheehan) 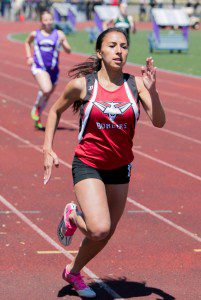 Meanwhile, the Bomber boys placed eighth overall with 33 points, just over 100 points behind winners Amherst. Ben Doiron earned the lone win for WHS in the 2 mile race in 9:44.73, the second top-2 finish in the event for the Bombers.
Teammate Jordanio Oquendo finished second in the 100-meter dash with a time of 11.29 seconds, while Ryan Prenosil placed third in the 400-meter run with a time of 51.26. To conclude the meet, Westfield’s A 4×100-meter relay team finished third in 44.47, .01 seconds behind second-place Northampton and .28 seconds behind champion Central.