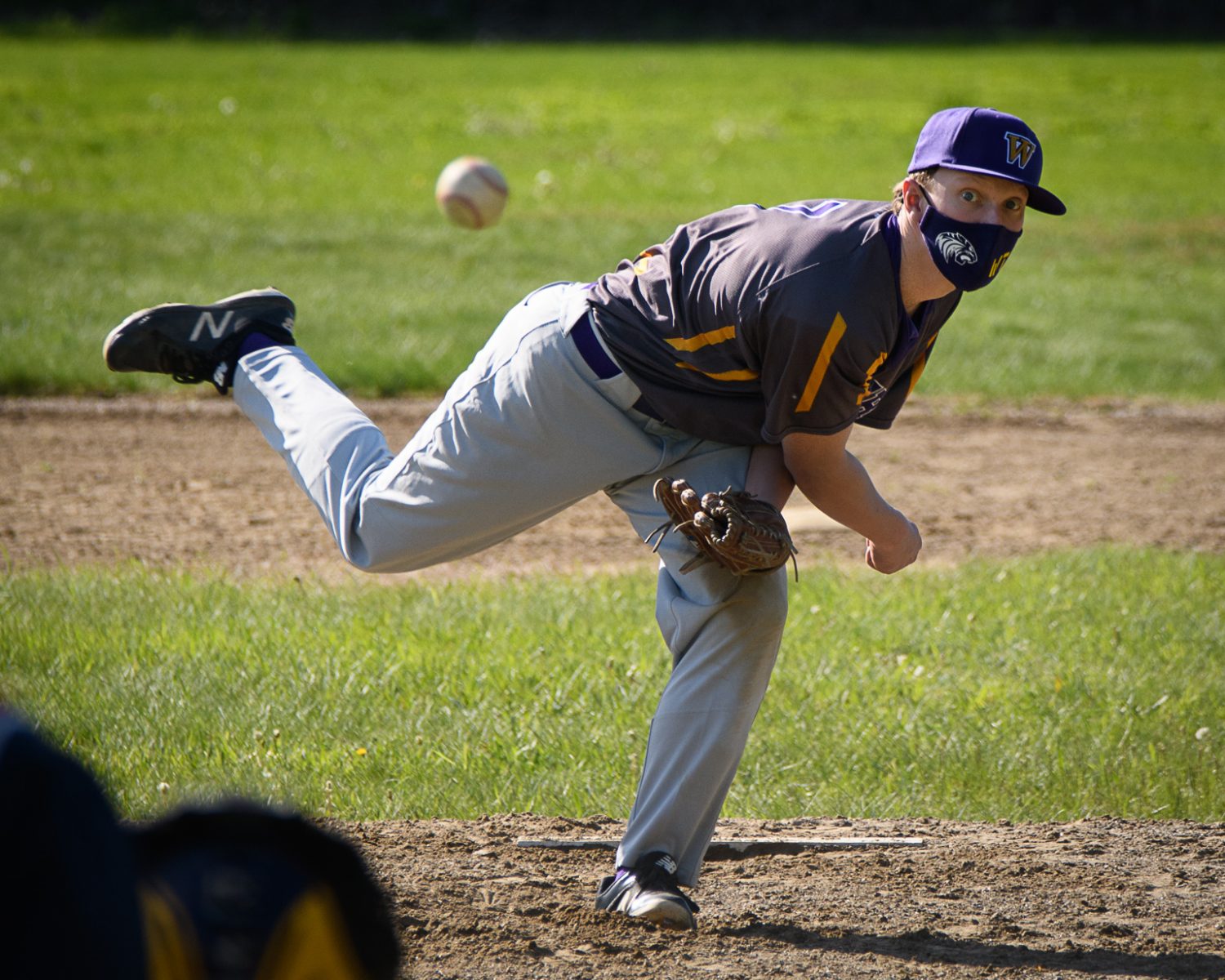 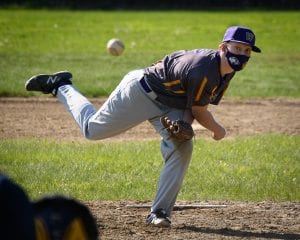 HUNTINGTON – Two years removed from a high school baseball game – – we have Covid to thank for that – – did little to slow senior pitcher Riley Sullivan in his first outing for the Westfield Technical Academy Tigers.
Sullivan threw a no-hitter, recording 11 Ks in a 13-0 shutout of Gateway Thursday in Huntington.
“Starting out with a bang is a big motivator for the season and the rest of the team,” Sullivan said. “I’m really pumped and excited for the season.”
Because Sullivan had hit three batters by pitch and issued three free passes, the Tigers pitcher, his teammates and the coaching staff did not realize he had thrown a no-hitter until after the final out.
“I figured I was close but I didn’t actually know that it happened …until after the game was over,” Sullivan said. “I felt I was pitching well, but not that well.”
Westfield Technical Academy baseball head coach Bob Eak echoed similar sentiments.
“We weren’t paying attention,” coach Bob Eak admitted. “Riley didn’t struggle too much. Overall, he was dominant, very confident on the mound.”
Riley’s only blemishes (walks, hit-by-pitches) were the result of a new curveball he added to his repertoire in spring training and was testing out in a true game situation.
That mattered very little in the final outcome.
“I knew I had a good team behind me so that made things easier,” Sullivan said. “I knew if I would throw strikes … and they got hits, my team behind me would make plays.”
Westfield Tech did not commit an error on defense. “We really didn’t make many mistakes,” coach Eak said.
Westfield Tech’s batters also gave Sullivan a lot of run support. The Tigers spotted him three runs in the first inning and exploded for six more in the second to take a 9-0 lead. They tacked on two more in each of the third and fourth innings.
Westfield Tech’s Dacota Durkee went 1-for-3 with three runs and two RBIs. Tigers freshman Deven Werbiskis (1-for-2, 2 runs scored, RBI) collected his first varsity hit. Josh Sturmer (1-4, 2 RBIs), Sullivan (1-3, RBI, run), and Darin Towle (1-2, 2 walks, run) each had a hit.
Westfield Tech finished with 10 stolen bases.
“We put the ball in play and did what we had to,” Eak said. “We were very aggressive on the base paths and aggressive at the plate as well. It was a good start for us.”
Said Sullivan: “We hadn’t played for almost two years …but we were ready to play. Everybody contributed to the win. It was definitely a team effort.”