WESTFIELD – Every year for the past decade, the Westfield School Committee has submitted a Statement of Interest (SOI) to the Massachusetts School Building Authority (MSBA) for accelerated repair programs for the Westfield High School and Westfield Technical Academy, and every year it is denied.

One main reason is that the MSBA generally allows only one project per community at a time, and Westfield is currently in the middle of an elementary school building project.

Westfield Public School Superintendent Stefan Czaporowski informed the committee on May 3 that once again the district had received word in April that WHS and WTA SOI’s would not be invited into MSBA eligibility at this time However, he said the next round of SOI’s are due June 25, and the district will once again submit a request. 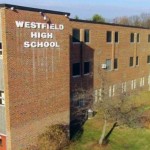 “One high school would be more cost effective. I believe the MSBA would support increasing career tech education to more students, and I believe that could affect our reimbursement effort. Both buildings are old and in need of a number of an abundance of renovations,” Czaporowski said, adding that it would be less costly to build a comprehensive new high school instead of renovating two high schools.

“The cost of renovating buildings is not as cost effective as people think. It oftentimes is more cost effective to start from scratch, the path being taken for the new elementary school,” he added. 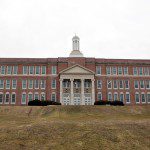 Czaporowski said he wanted some guidance from the school committee on this idea, which would have to be approved by them and the city council in order to submit an SOI by June 25, He also said he does not expect the SOI to be approved this year or until the elementary school project is completed in 2024.

“The idea is superb. This is a long-term good thing for the city. You’ll see the big cost savings in staff and consolidation. At the same time, I would have killed to have some opportunities that I wanted at the Tech Academy, but I wanted to go on to computer science. We have an IT department at the Tech Academy, and we could get some academic students to cross train. I love the idea. I fully support you doing this,” said Ramon Diaz, Jr.

“Having a child who went through both schools, I love the idea but I also have some concerns about it,” said Cindy Sullivan. She asked whether the model of one week on for career tech and one week off would remain the same.

Czaporowski said in a comprehensive school, most have half day shops and half day academics in order to have academics every day, but that’s not necessarily the way Westfield would do it. “I see this as [offering] so many opportunities; I hope I’m still around to see this through,” he said.

Cindy Sullivan said with one school would come the opportunity to build new fields, which are also hugely lacking in the city.

“The possibilities are endless,” he said, adding that he does not expect the MSBA to accept the application until after the elementary school project is done, but that he thinks it would be the quickest way to get something done at the high school level.

Other committee members were more hesitant. Bo Sullivan asked how detailed the statement of interest had to be, adding that he would be “very, very, very hesitant” to put details in. He also asked the superintendent to clarify that not all students would have to take career tech courses, which Czaporowski said they would not.

School Committee Vice Chair Timothy O’Connor said he would like the School Committee to have an opportunity to discuss the proposal at more length before it goes in front of the MSBA. “It would be good for this body to ask more questions, so we can carve this out in a little more detail,” he said.

Czaporowski said the school committee would have to approve the SOI before it was submitted, but O’Connor said he wanted a meeting before it was completed.

“I think it’s really looking forward; at the same time, it’s a big decision. Have any other communities done something similar,” O’Connor asked.

Mayor Donald F. Humason Jr., who serves as the de facto chair of the school committee, liked the question. “What other communities, maybe that you have in mind that have done it well, and have it as a model. There’s time to flush out the details later. Now is the time to talk about whether or not that is the direction we want to go in. Does this city want to do a combined or comprehensive school or not. Do you have a model in mind that would be a good model,” he said.

“There are five comprehensive schools in the state, and I would do it differently because we would do it better. There is no [other] aviation school in the state either. For me, it’s about offering extra opportunities for students. I’m happy to dive into this deeper,” Czaporowski said.

“Just to be clear, we have been submitting SOIs for years, and every year we’re denied. It’s like a line of credit, we already have one for the elementary school. We have tried to build a new high school or repair WHS and WTA for years. The things that are happening [inside] both schools are amazing. This is not about what is happening educationally in the buildings; the buildings are old and need repair,” Cindy Sullivan said, adding, “This isn’t something that we’ve been sitting on and not doing, we’ve been trying. There is a process.”

Czaporowski agreed to set a special meeting of the school committee in the next couple of weeks to discuss the idea in more detail and to give more direction for a statement of interest to the MSBA.