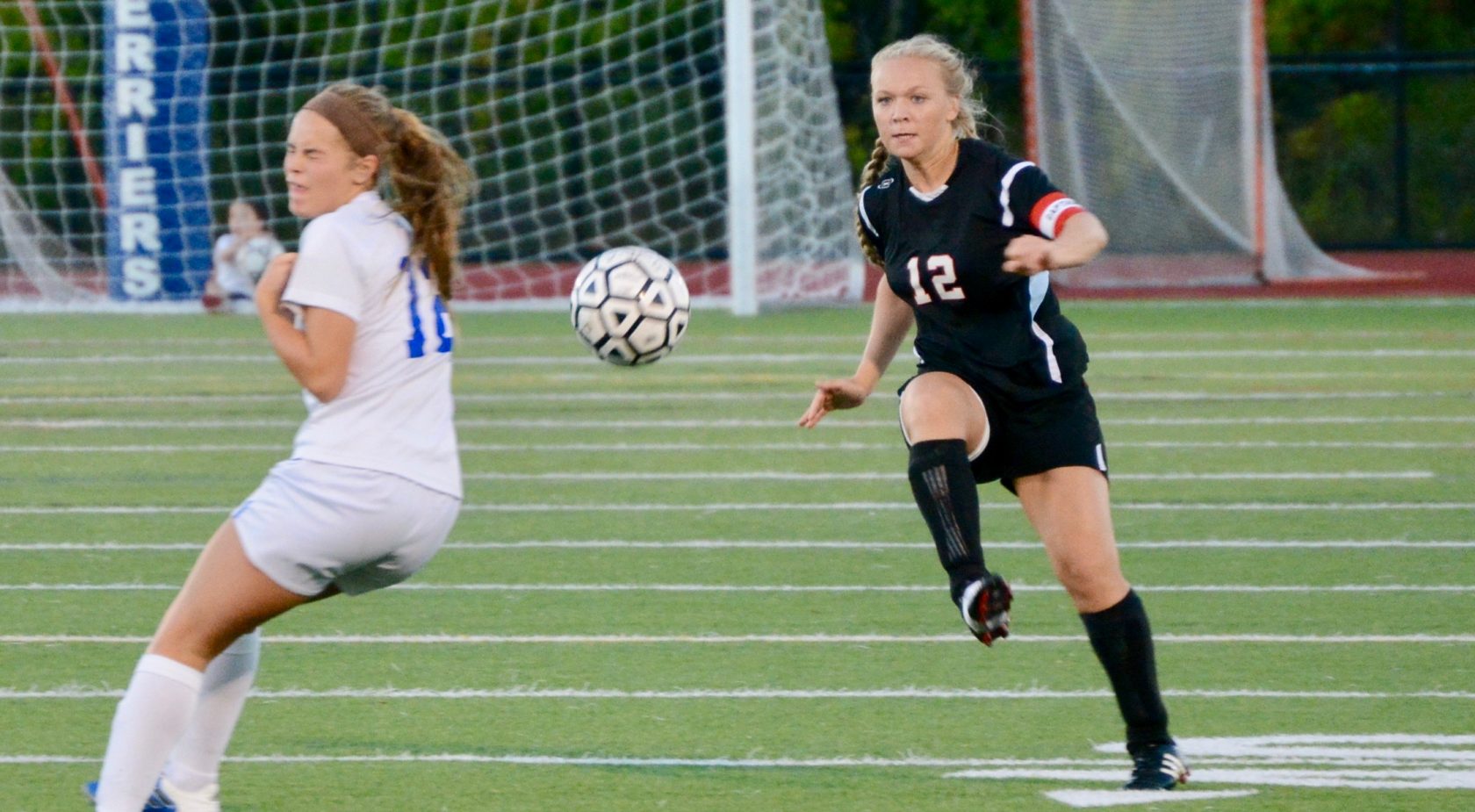 WEST SPRINGFIELD – If fans from the Whip City happened to travel over the border to West Springfield Thursday evening, they were treated to a potential postseason matchup between two of the region’s top girls’ soccer teams.
West Side junior forward Daesia Andrews scored two second half goals, and the Terriers outlasted the Westfield Bombers 2-0 at Clark Field. 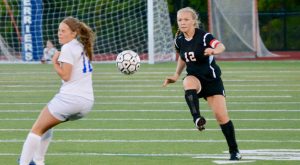 “West Side was a little quicker through the midfield, but we caught them in the counter well,” Westfield coach Keith Saltmarsh said. “We had good pressure. They just beat one of our backs and our keeper for the first goal.”
Westfield, already missing one of its key scorers, was snakebit by two more injuries, both in the backfield.
“We ended up getting banged up a little bit,” coach Saltmarsh said. “It’s nothing we can’t bounce back from though. … Put that one in the bank. We’re going to teach these kids in the area where we need to improve, and when we see (West Side) in November we will be ready for them.”
Saltmarsh said the fact that his team is fairly deep will allow him to plug-and-play others if injuries linger.
“The kids that filled in today filled in quite well,” the Bombers’ coach explained. “These kids are competitive and super coachable. We’re just going to work on our next game plan.”
Westfield fell to 6-1. West Springfield improved to 6-0-2.

Van Heynigen scores twice in Gators’ shutout
Gateway 2, Ware 0
Jessica Van Heynigen scored a pair of first half goals in leading Gateway to a 2-0 shutout. Heynigen delivered the first in the fifth minute on a corner kick from Jules Dickinson. The second came on a cross pass from Erin Harris with five minutes remaining in the half.
Gateway goalie Becca Herman made one save on a direct kick to earn a shutout.
“This was a good game,” Gateway coach Steve Estelle said. “We had to work for the win – that’s soccer sometimes – but we played one of our better games.”
Estelle said Dickinson, Harris, and center-half back-stopper Ava Auclair were instrumental in the victory.