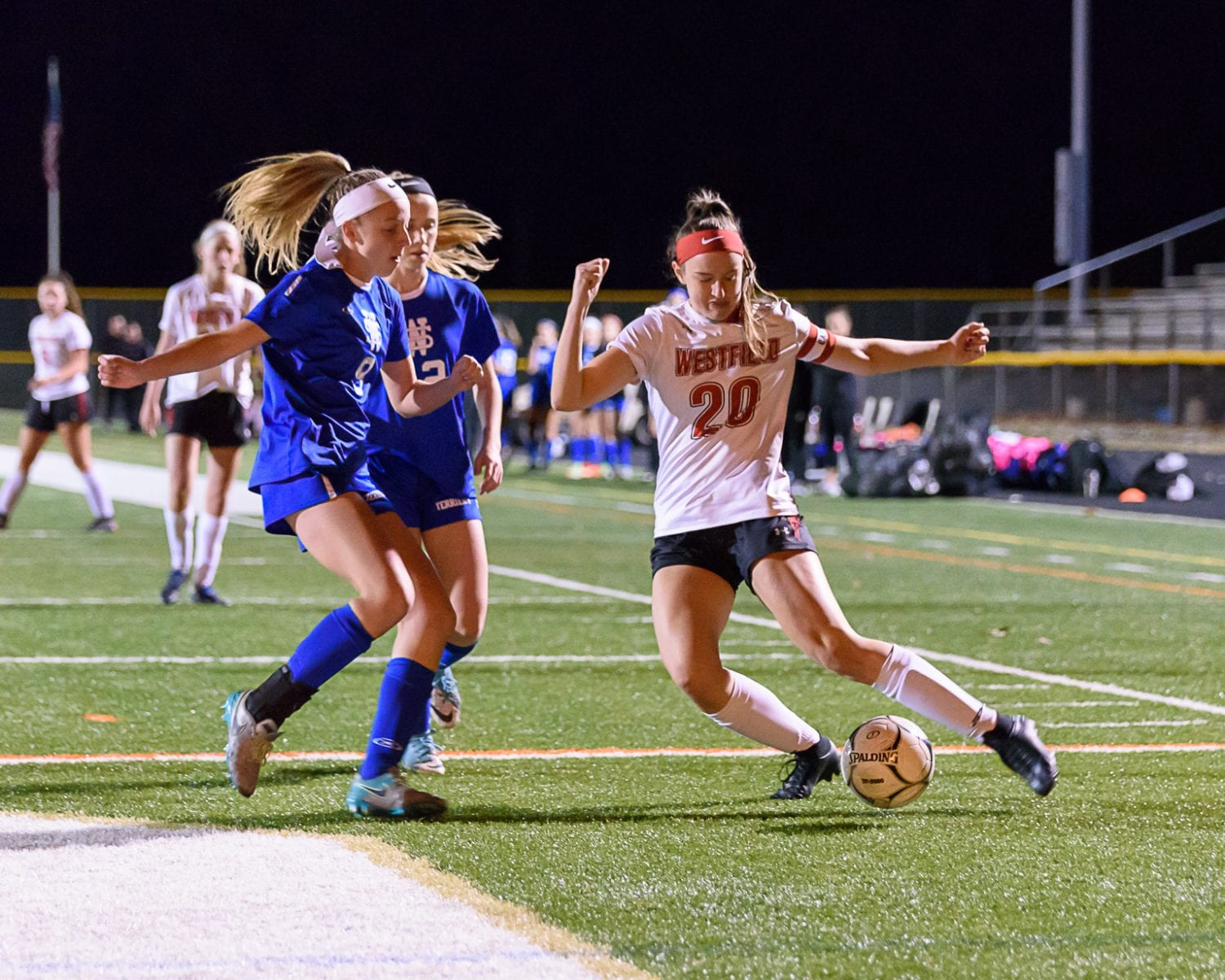 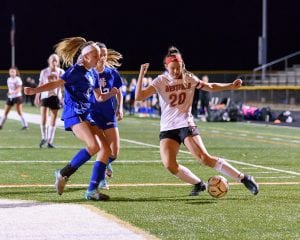 SPRINGFIELD – Maybe next year.
Those three words are not meant to reflect sarcasm by any means. Senior forward Daesia Andrews and No. 2 West Springfield proved to be too quick and too explosive to contain as the Terriers shot past a young, talented No. 3 Westfield squad 3-0 Wednesday night at Central High’s Berte Field.
For the Bombers, it quite easily could just be a one year wait for bigger things to come as they graduate just one senior – Isabella Rinaldi.
It was a somewhat surprisingly fast start for West Springfield (15-2), who scored two goals in the first eight minutes of the game.
Senior forward Daesia Andrews shot through the defense like a ball out of a canon, creating a shot from in close. Westfield goalie Adrianna Arona made a fantastic save on the ball, batting it away. Andrews collected the rebound, and shot again. Arona blocked it again. The ball bounced out to Andrews a third time. She collected the second rebound and scored 6:09 into the first half.
One minute, 23 seconds later, junior midfielder Chelsea Hoey made a quick turnaround shot deep in the box from Makenzie Paulo.
With 16:04 remaining in the half, Andrews hit a nice floater from 25 yards out for a 3-0 lead. Kaitlin Bailey assisted on the play.

WEST DIVISION 4 GIRL SOCCER SEMIFINALS
No. 1 Granby 2, No. 4 Gateway 0
Granby (13-5-1) successfully defended its top billing as the number one seed, posting its second straight shut out to begin the West Division 4 girls soccer tournament. No. 4 Gateway finished with a solid season record of 13-2-2.