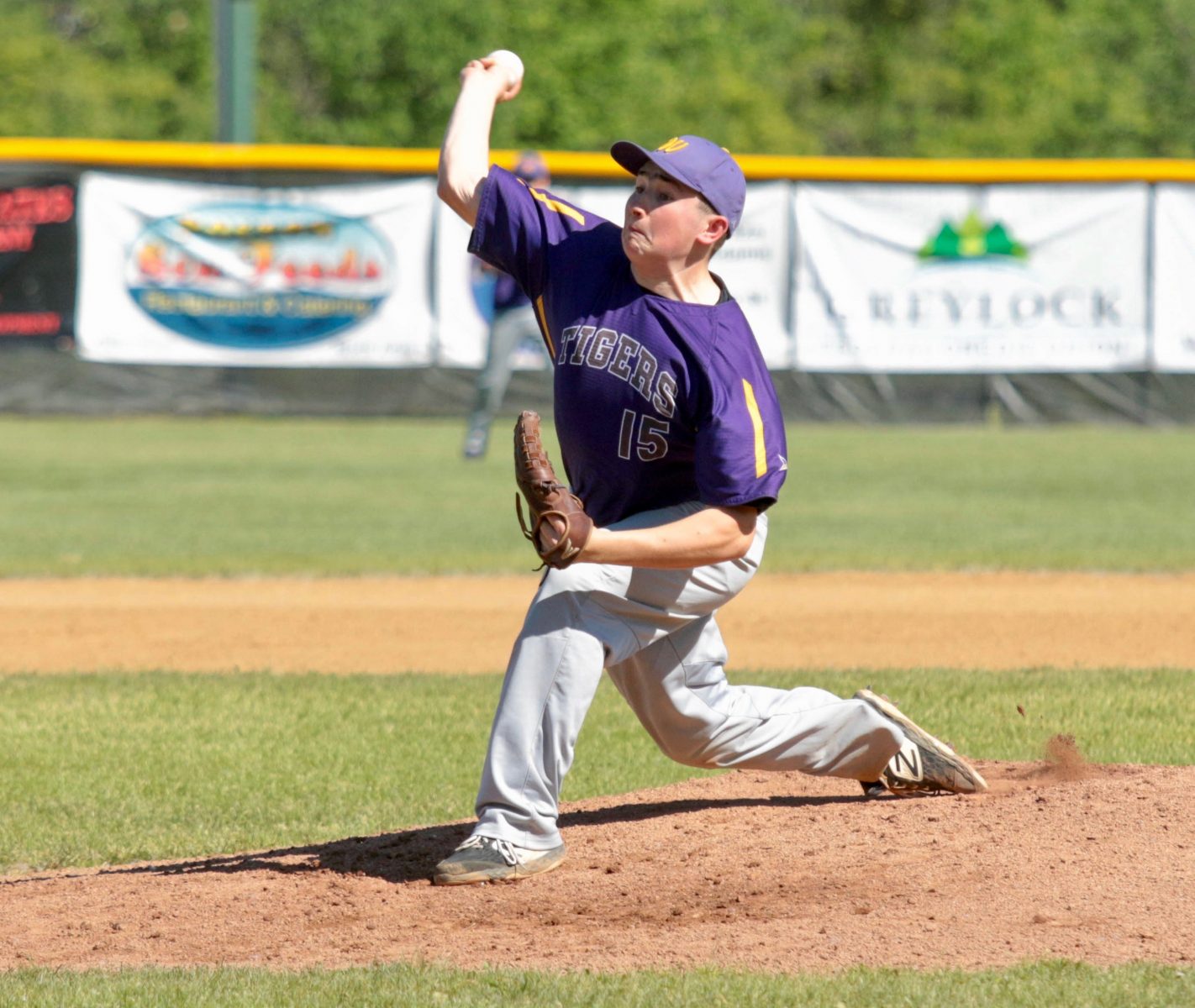 NORTH ADAMS – It was well worth the trip for the Westfield Technical Academy High School Tigers baseball team.
No. 11 Westfield Tech stunned sixth-seeded McCann Tech 6-2 Friday in a Division 4 baseball tournament opening round victory at Joe Wolfe Stadium. With the win, the Tigers (14-5) earn another trip, this time to third-seeded Granby (12-8) for a quarterfinal matchup Monday.
Westfield Tech sophomore pitcher Trent Adam earned the victory with a complete game. Adam tossed a four-hitter, allowing two runs (both unearned), striking out eight batters and walking four.
“(Trent) was a stud and sucked it up all game,” Westfield Tech baseball coach Bob Eak said of Adams. “He was strong and wasn’t faltering.” 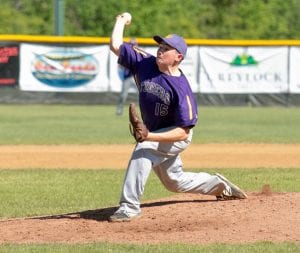 It was Adams’ second complete game of the season.
“I had a lot of confidence in myself and my teammates backed me up,” said Adams, who noted that his fastball, curveball, and changeup pitches were all equally effective. “I’m really happy and joyful. This was a very huge (win).”
The victory was especially meaningful for Westfield Tech, considering that McCann Tech bounced the Tigers from the MVADA and Western Massachusetts playoffs a year ago.
“It’s my personal first win against McCann after six tries,” Eak said. “For it to come in the tournament after we got an 11 seed … to go beat McCann who was a six was very satisfying.”
It was not easy though as it took seven innings for Westfield Tech to get the job done.
Westfield Tech led 1-0 from the outset, but fell behind 2-1 in the fourth inning, rallied to tie the game 2-2 in the fifth, and stormed ahead late.
In the seventh inning, Darryl Reopel (2 runs) got things started by drawing his third walk of the game and stealing second base. Brody Zabielski, Adam (2-for-4, double), Riley Sullivan, and Josh Sturmer (2-for-4, 2 RBIs) followed with consecutive RBI hits.
Adams shut the door on McCann Tech in the seventh inning. With the tying runs in scoring position, the Tigers pitcher struck out the No. 8 batter, who had already reached base twice in the game on base hits.
“It feels good to advance in this tournament after getting bumped by them in the vocational tournament,” Eak said.
McCann Tech pitcher Dalton Tatro finished with 11 Ks.