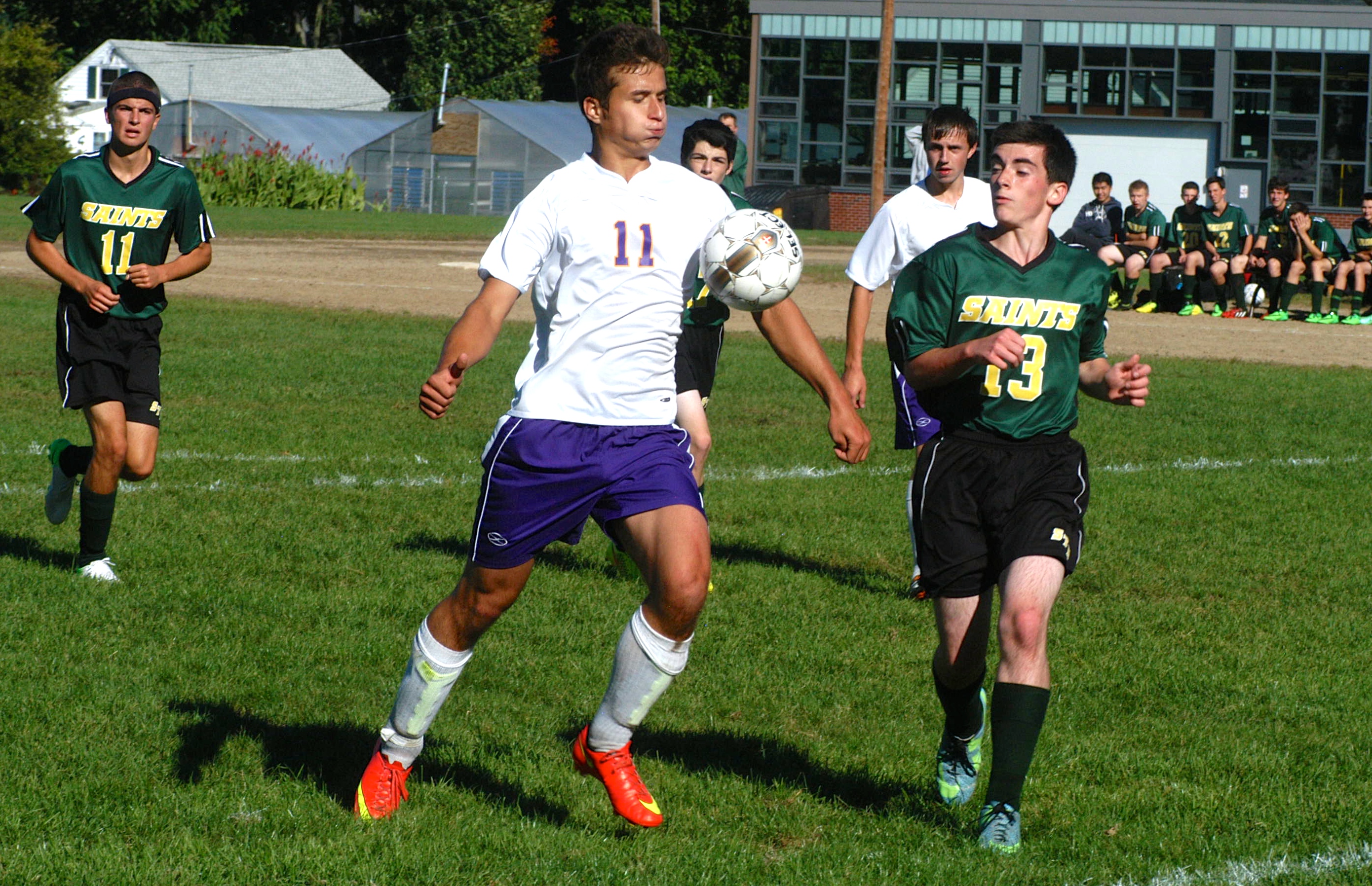 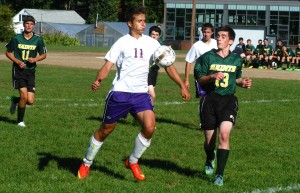 WESTFIELD – The St. Mary and Westfield Voc-Tech high school boys’ soccer teams renewed their cross-town rivalry Monday afternoon with the Tigers getting the last word.
Voc-Tech slipped by St. Mary 2-1 at Jachym Field. Dominic Rosario had a hand in both goals for the Tigers.
Rosario scored on a pass from Alex Makarchuk and assisted on a goal from Dimitry Stepanchuk. 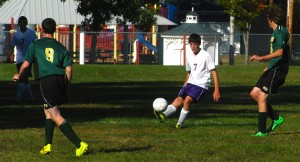 “The game could have really been opened up either way with both teams having many scoring opportunities,” Voc-Tech coach Kyle Dulude said. “The game became quite physical. (I was) glad to see our players keep their composure.”
Zac Girard notched the lone goal for St. Mary. It was the first goal scored against Voc-Tech this season.
“We gave up our first goal … and was happy with our response to play harder and show a little urgency in the later stages of the game,” coach Dulude said.
“It was great to see two Westfield teams being highly competitive,” he said. “Both programs’ future looks very optimistic … Overall, it was a great game played by both teams.”