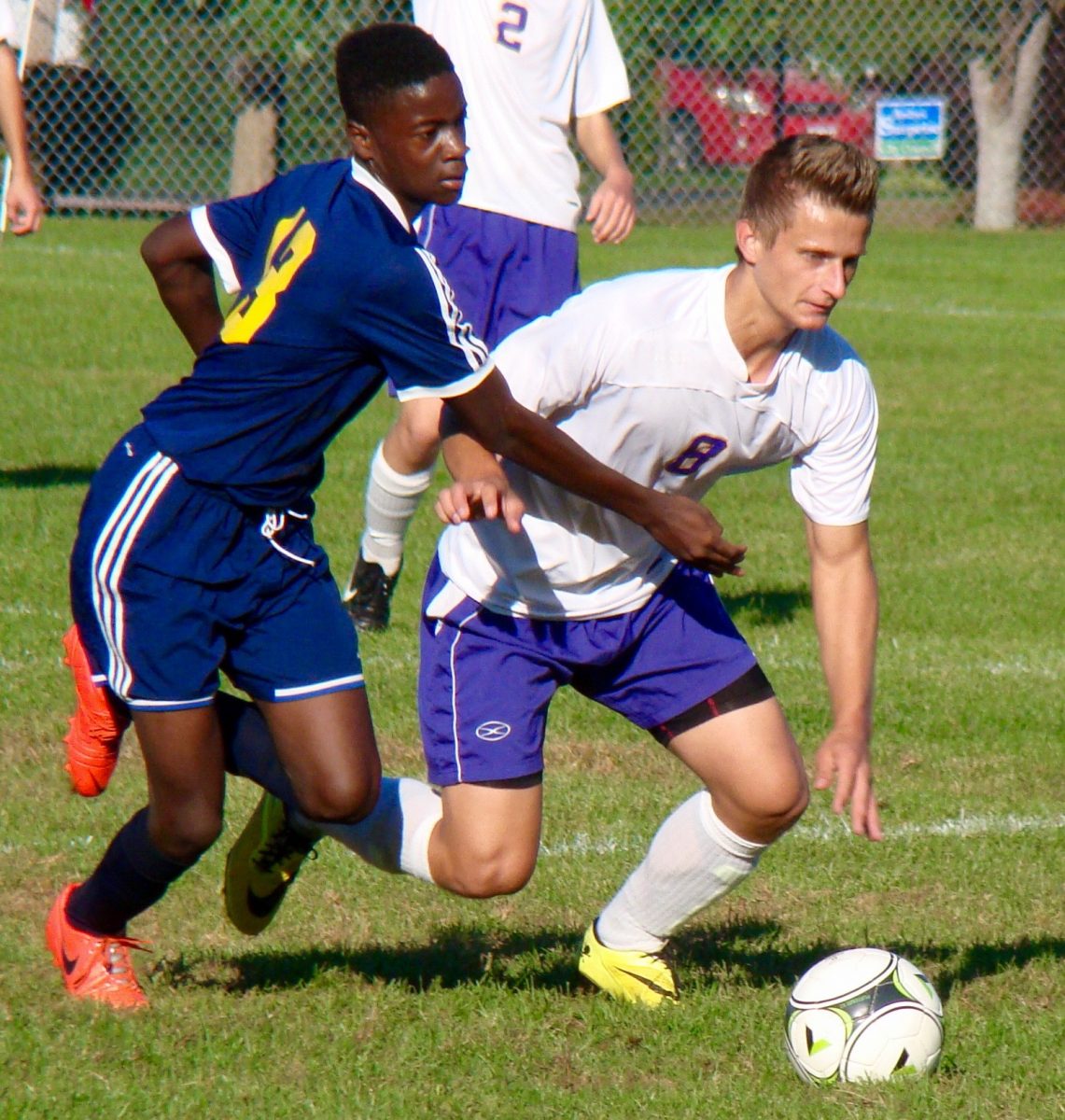 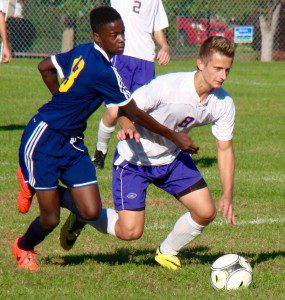 WESTFIELD – One day after clinching a postseason berth, the Westfield Technical Academy High School boys’ soccer team avoided a letdown with a 5-1 win over Putnam Wednesday at Jachym Field.
Dominic Rosario and Alex Stepanchuk each had two goals and one assist to lead Westfield Tech. Vitaliy Tereshcuk finished with a goal and an assist for the Tigers. Vitaliy Melnik also had an assist.
If there was any disappointment it occurred in the opening minutes of the game when Putnam scored the game’s first goal. Westfield Tech rallied.
After falling behind 1-0, Rosario went coast-to-coast taking the ball from his team’s defensive box all the way to the opposing box, shredding the defense and tying the game 1-all.
“I think a switch went on,” Westfield Tech coach Kyle Dulude said. “(That was) a very determined run.”
Rosario and Stepanchuk hooked up for a second goal before the end of the first half. The Tigers popped in three goals in the first 10 minutes of the second half to end it.
“The guys did an excellent job attacking (the) net,” coach Dulude said. “I think it was an awesome win and one where 25 different players saw playing time. It was a great team win.”

GOLF
Rams clinch share of league title
Southwick 14, Palmer 10
Bradley Durand shot a team-low 40 at Quaboag Country Club to help boost Southwick’s record to 13-1 overall, 10-0 league. With the victory, the Rams clinched at least a share of the league title.