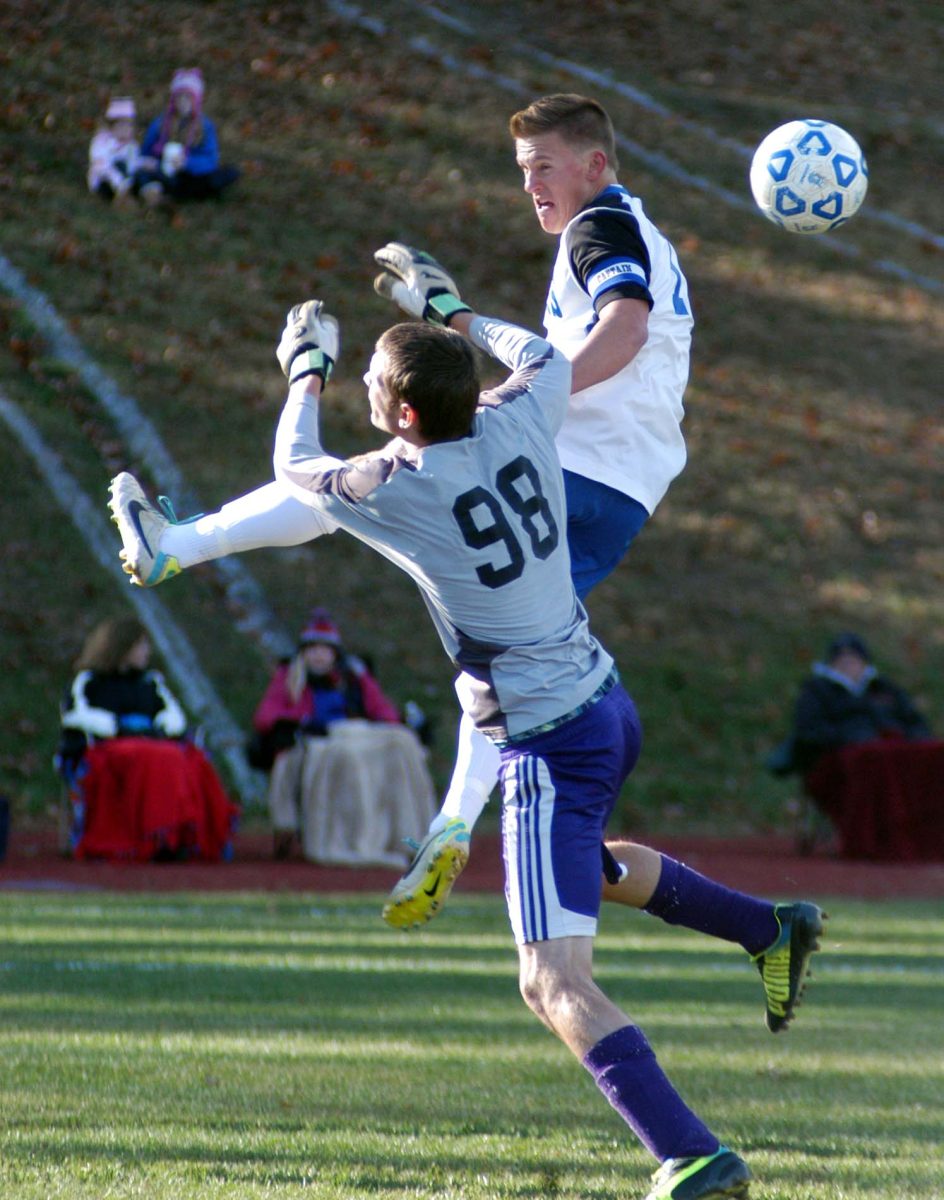 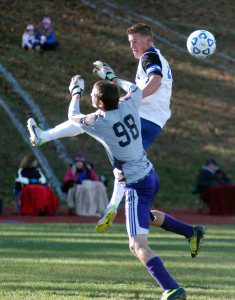 MONSON – The Westfield Voc-Tech boys’ soccer team turned the final pages on its storybook season.
No. 7 Westfield Voc-Tech bowed out of the Western Massachusetts Division IV tournament with a 1-0 quarterfinal loss to the second-seeded Mustangs Monday in Monson.
The Tigers, who recently claimed its first-ever vocational championship, were held without a shot on goal. They finish the season with a sensational record of 16-3-3.
Brien Couture scored off a rebound in the 43rd minute to lift Monson. Patrick Murphy, who took the initial shot, earned the assist.
Monson’s Michael Lund curled in a beautiful shot on an indirect kick from about 30 yards out, but the official ruled that it did not touch anyone and that goal was wiped away. Lund flubbed a direct kick a short time later, and Nick Lobik whiffed on an uncontested shot, leaving Voc-Tech within striking distance.
Tigers’ goalie Vitaly Covileac (23 saves) kept his team alive for 80 minutes. He made quite a few key stops in the first half, and made a couple big stops late, making a kick save on Couture’s bullet, and corralling a rebound from Murphy.
Covileac also stopped a shot from Lund in the final minutes. Another Monson shot clipped the crossbar, and traveled harmlessly out of bounds.
Voc-Tech’s lone seniors Cole Provost and Adam Guilbert delivered solid defensive efforts.
“It was a team effort the entire season,” Guilbert said. “It was a fantastic thing to make history … It feels really great to make a difference.”
Guilbert said the team’s Cinderella run should provide inspiration for the school going forward.
“Now players in different sports can say ‘Why can’t we do it?’” he said.
Said Voc-Tech coach Kyle Dulude: “We had a great season. I’m proud to say we had a team playing in November. Only good teams play in November … The city of Westfield should be proud how these kids handled themselves all season long. They won the Voke state tournament. Hopefully, this will be used as a marker for other kids to achieve (their goals).”