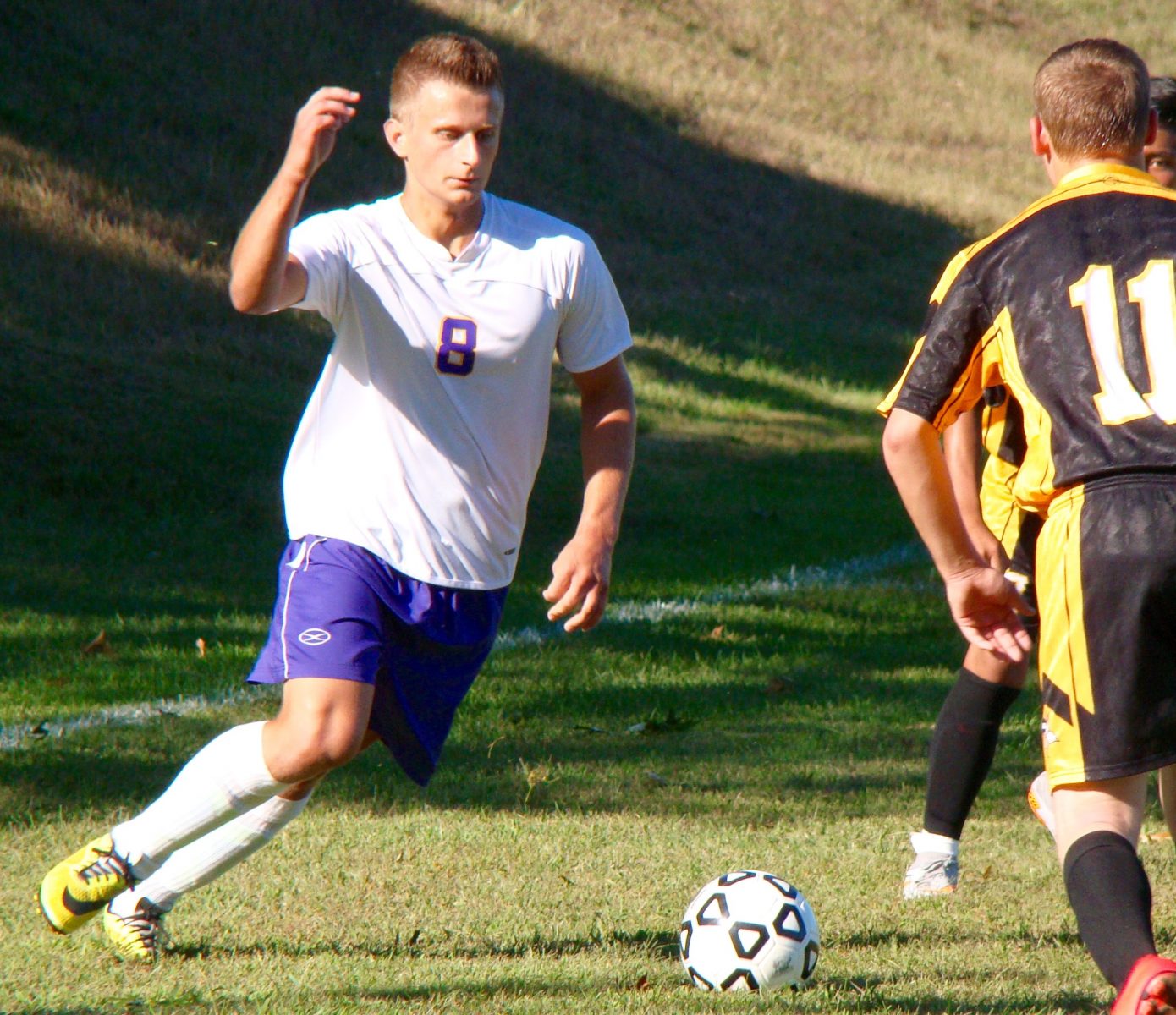 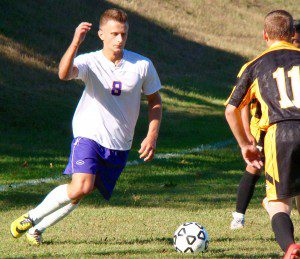 Westfield Technical Academy’s Alex Stepanchuk looks to make a move with the ball as Smith Voke defenders creep up on the play. (Photo by Chris Putz)

WESTFIELD – The 2015 season might present a whole new set of challenges for the Westfield Technical Academy High School boys’ soccer team – such as fewer veterans and a smaller pool of players – but the Tigers are dominating in typical fashion thus far.
Alex Stepanchuk scored two goals – one on a pass from Sergiy Kabysh; Tyler Hall assisted on the other – to lead Westfield Tech past Smith Voke 2-0 Tuesday at Jachym Field. The Tigers improved to 3-0.
“It was an all-around great team effort,” Westfield Technical Academy coach Kyle Dulude said.
Still, the Tigers’ head coach said there is room for improvement.
“We did not get out to a good start and even though we had many scoring chances in the first half, we did not convert,” Dulude said. “We were flat and players, I think, were sluggish from last night’s game.”
Westfield Tech entered Tuesday’s contest fresh off a thrilling 3-2 road win over Greenfield Monday evening. The Tigers woke up in plenty of time to enjoy their third straight victory to begin ’15 Tuesday.
Said Dulude: “The players found motivation to step it up in the second half and finish plays.”

O’s overwhelm WHS
Belchertown 5, Westfield 1
Westfield’s rollercoaster run hit a downturn on the road at Belchertown.
“We just got beat up pretty badly today,” said Westfield coach Andrew Joseph, whose team fell to 2-2. “The effort was there. You just have to tip your head to Belchertown.”
Westfield will look to bounce back Friday at home against Chicopee Comp. Game time is at 4 p.m.
“It should be a good league game,” coach Joseph said. “We’re looking forward to getting back in the winning column.”

Gators knot Renaissance
Gateway 1, Renaissance 1
John Rooney struck for a goal from 35 yards out for Gateway’s lone goal of the game. Jayden Marge assisted on the play.
Renaissance scored the game-tying goal late in regulation.
The Gators improved to 1-1-1.