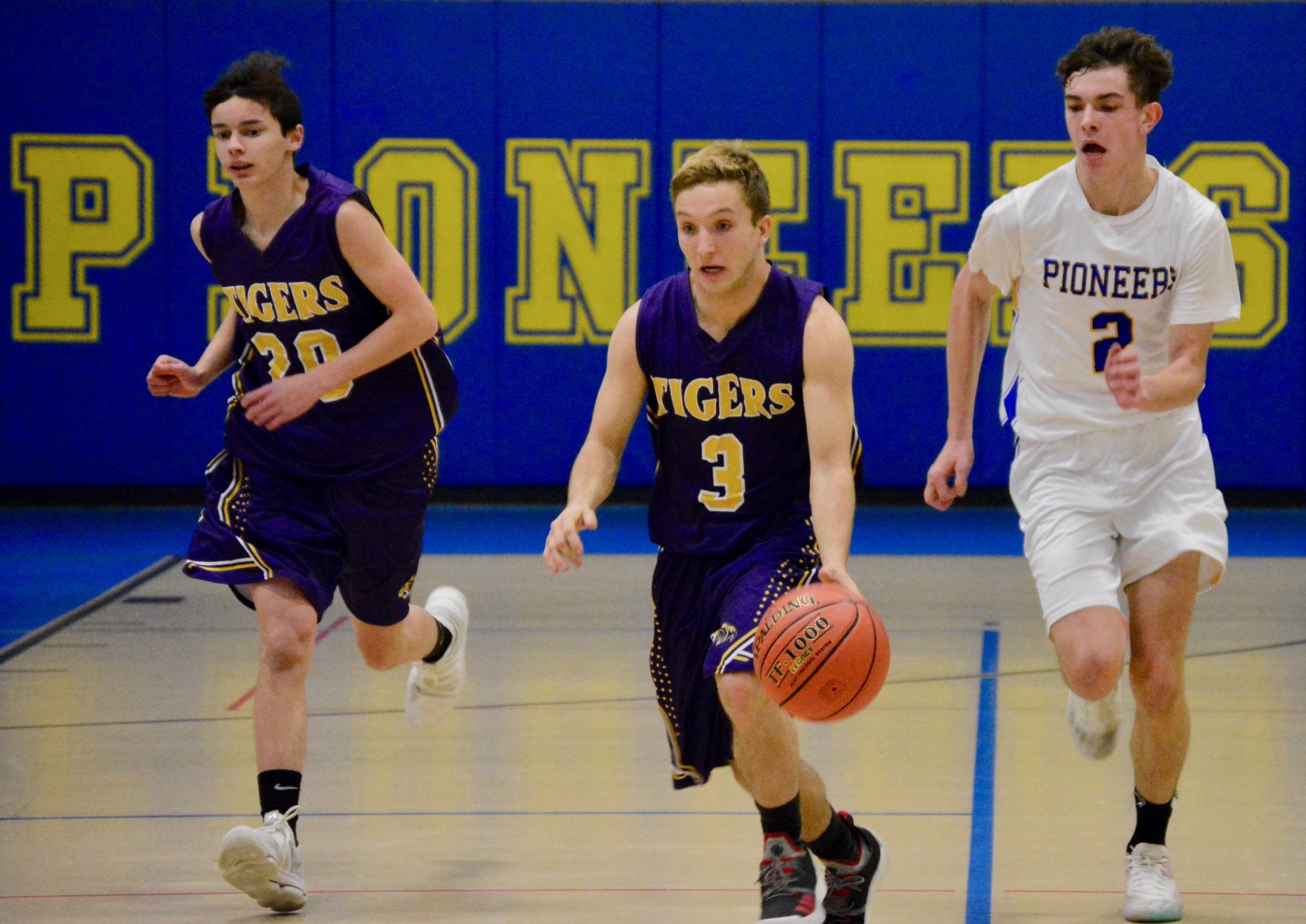 THREE RIVERS – Like the Little Engine That Could, the Westfield Technical Academy boys basketball team kept climbing and climbing that mountain on the road only to stall out in their season opener.
Westfield Technical Academy fell behind by 12 points early, rallying to within two points or a tie multiple times, but could never get over the hump on the road Tuesday night at Pathfinder Regional High School. The Tigers fell 67-57.
Pathfinder’s size advantage came into play late in the second half, by dumping the ball inside for some easy baskets. 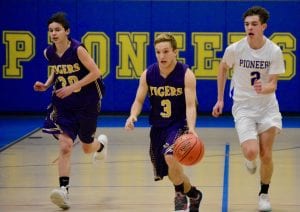 “I am not disappointed at all by our efforts,” Westfield Tech boys basketball head coach Kyle Dulude said. “We were just a little outmatched with height. If our guys continue to learn and improve, I am very optimistic for the future.”
Westfield Tech (0-1) produced three players with double-digits in the scoring column.
Darrien Wilson-Grant led Westfield Tech with 16 points. Tigers’ Dave Tikhonchuk and Brody Zabielski finished with 15 and 12 points, respectively.
“We are young and I feel we will be just fine in time,” said coach Dulude, noting that this chapter in the program’s history is just beginning. “The guys just need to stick together and push each other every day.”
Once they think they can, a seemingly impossible task might likely become possible.

Carey’s double-double downs Rams
Frontier 59, Southwick 46
Carson Carey recorded a double-double, scoring 23 points and hauling in more than 20 rebounds to lead Frontier. Kalen Evans and Owen Morse scored 13 points apiece. Morse made three 3-pointers.
Southwick’s Connor Roy scored a team-high 10 points. Devan Parrow and Cade Billings each had eight for the Rams (0-1), who battled to a 28-all half before falling behind in the third quarter. The Rams netted just five points in the fourth quarter.
“I thought we played really well, really hard,” Southwick boys basketball head coach Peter Fiorentino said.
“Frontier was big, long, and athletic,” he added. “We have a lot to learn and a lot of room to grow.”