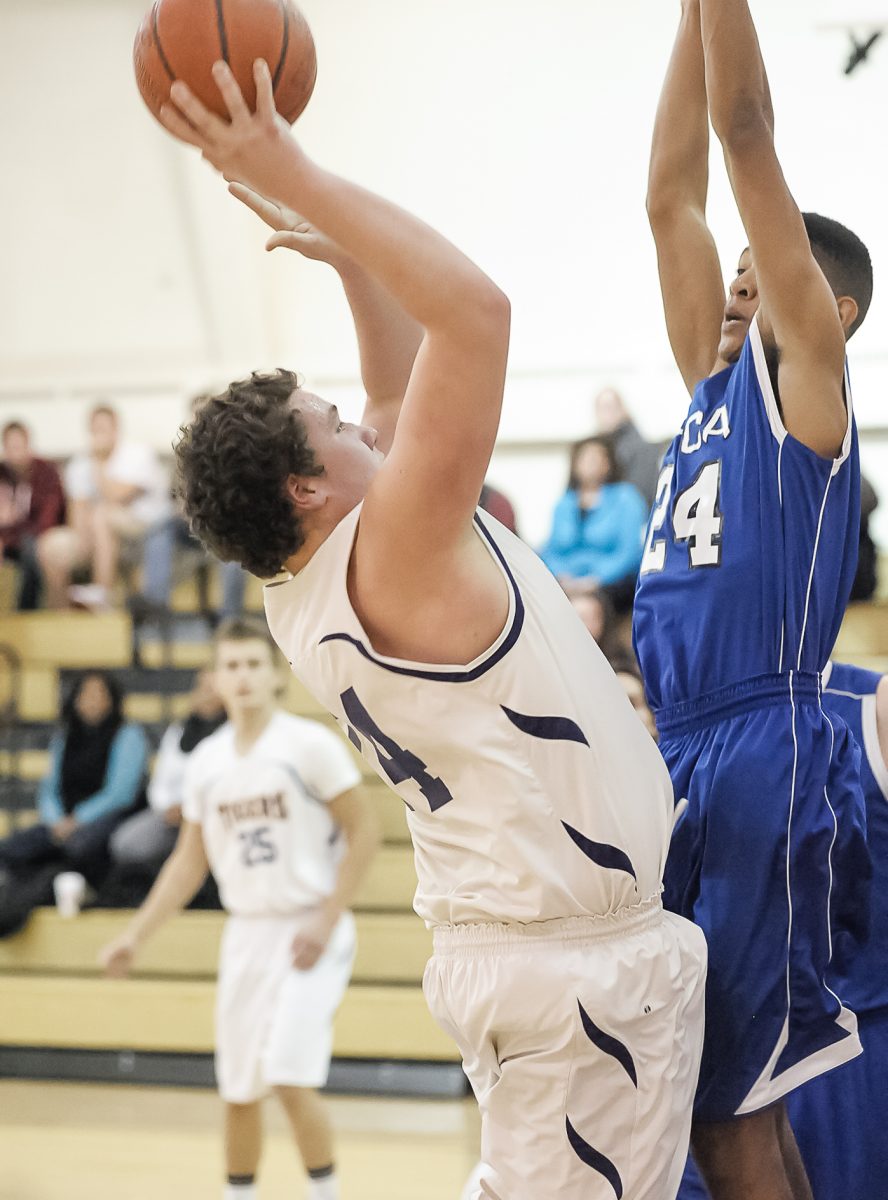 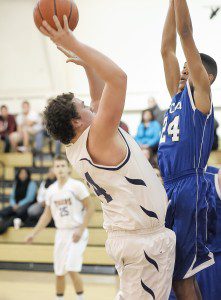 WESTFIELD – Westfield Voc-Tech rallied from a four-point deficit early in the fourth quarter to defeat Pioneer Valley Christian 40-34 in a boys’ high school basketball game Friday night.
“I think the big key to winning was not anyone’s individual effort but the maturity and composure our players possessed throughout the entire game,” Voc-Tech coach Kyle Dulude said.
Tyler French and Tim Schevchenko spearheaded the defensive effort communicating to their teammates and reminding them of their assignments.
“It was great to see our players believe in themselves, have faith, and just believe they were going to come out on top,” coach Dulude said. “It is a nice little winning streak we have going but we know we have a hard, long road ahead of us.” 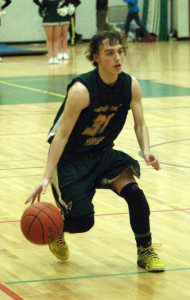 GIRLS’ HOOPS
Rams rout Red Raiders
Southwick 59, Commerce 28
Ashley Shea (11 points) and McKinley White led Southwick, which put on a clinic after settling in following the game’s first eight minutes.
“I think our team speed and really good defense for the last three quarters was a little much for Commerce,” Southwick assistant coach Rick Harriman said. “We were able to take shots we wanted tonight, and get out in transition.”
In JV action, Southwick (9-1) routed Commerce 33-9. The Rams were led by Molly McGrath (8 points), and Alyssa Cournoyer and Stephanie Devine, who each netted five.