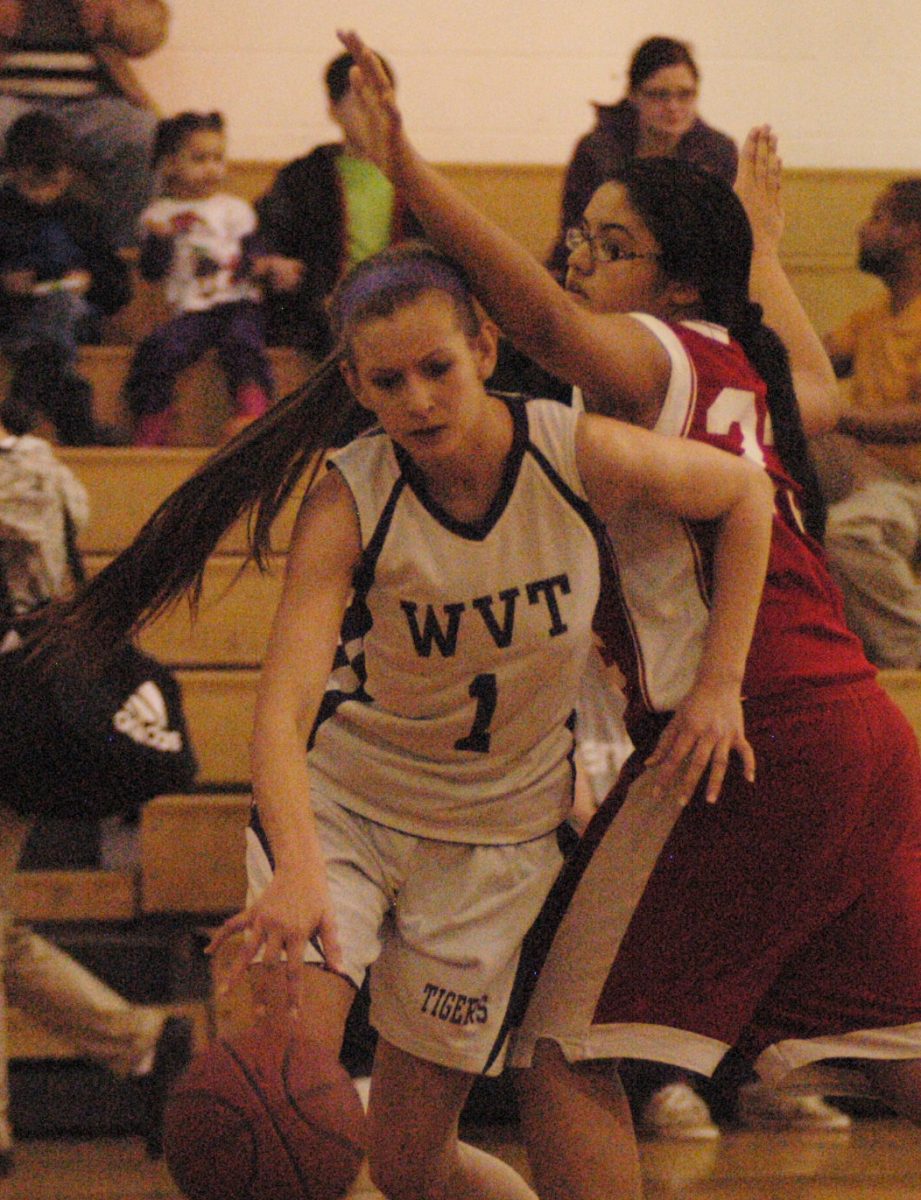 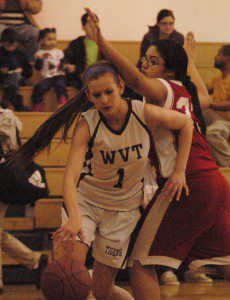 WESTFIELD – The Westfield Voc-Tech girls’ basketball team may have lost its varsity status due to a lack of participation, but it would not throw in the towel on its 2013-14 season.
Playing as a Junior Varsity team, Westfield Voc-Tech finally broke through in the win column Monday, defeating visiting Commerce 41-20 to improve to 1-3.
The Tigers were led by Ashley Lees and Katie Nesmelova, who scored 11 points apiece.
“Our plan (for winter 2014) is to get some success, some wins, and some more interest in (this sport at our school,” Voc-Tech coach Matt Seklecki said. “With each success, hopefully something builds and we’ll see where it goes.”
The girls’ varsity basketball program was suspended for one season due to lack of players committed to a full season of games and practice. Only six players were eligible to play this season, according to Westfield Voc-Tech athletic director Karen Gomez.
Southwick-Tolland 46, Greenfield 21
SOUTHWICK – Morgan Harriman scored a game-high 15 points to lead Southwick to another victory Monday.
Jackie Maziarz and Ashley Shea chipped in six and five points, respectively, for the Rams, who delivered a dominating defensive effort in the second half to gain control of the game.