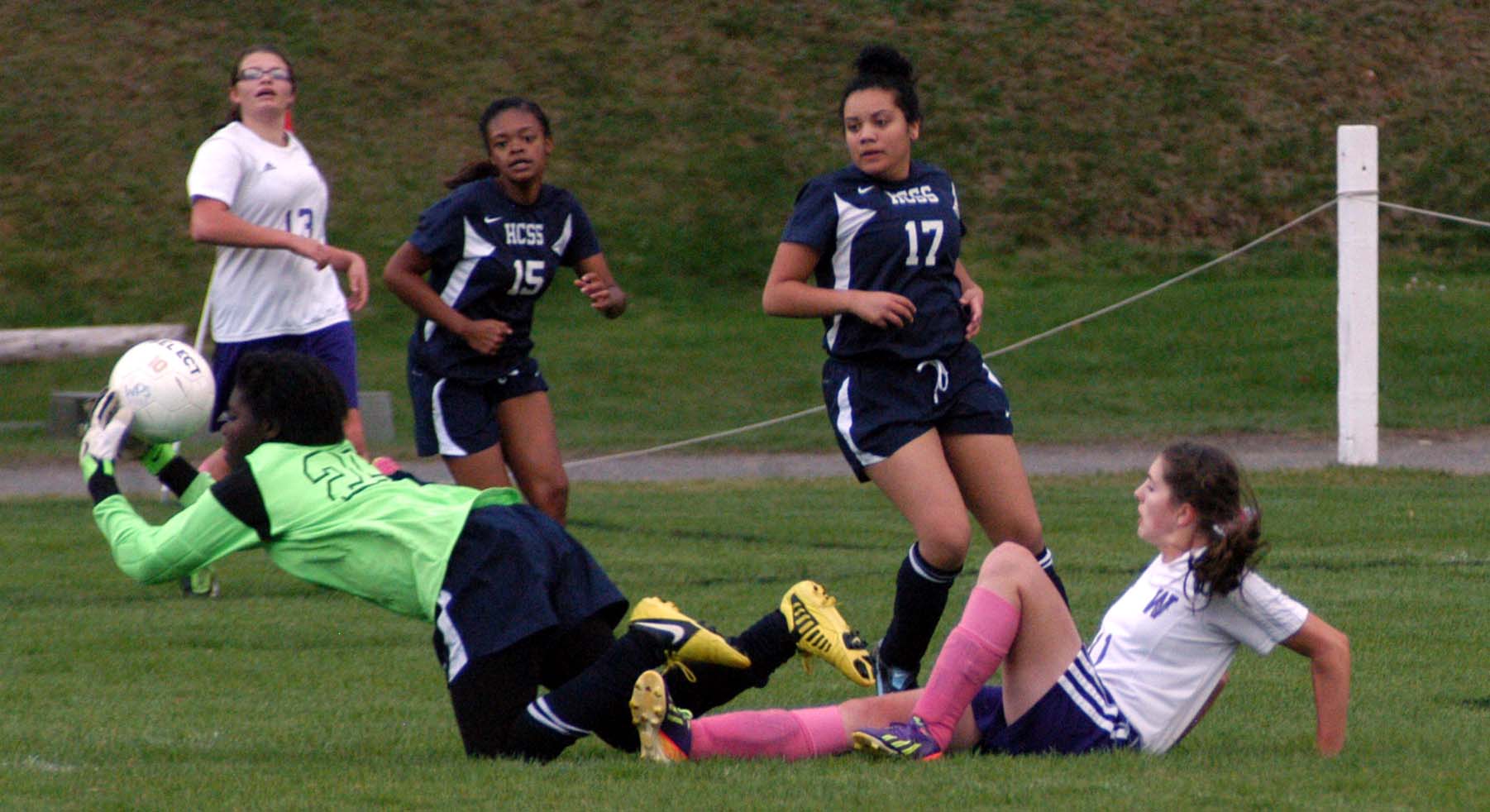 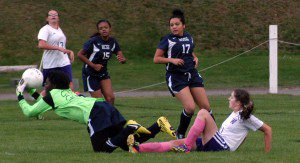 Hampden County School of Science comes up with a defensive stop against Westfield Voc-Tech Wednesday at Bullens Field. (Photo by Chris Putz)

WESTFIELD – The Westfield Voc-Tech girls’ soccer team made their final home game of the 2013 season a memorable one.
Voc-Tech and Hampden County School of Science peppered both sides with an array of shots, before coming away with a thrilling 4-4 tie Wednesday at Bullens Field.
Ashley Lees led all scorers with a hat trick. The Voc-Tech forward scored three game-tying goals, including the final one in the 78th minute to ensure the Tigers of a tie.
Steffany Costa had the other goal for Voc-Tech. Tigers’ Aedan Orr contributed two assists, and Marina Levkha had one.
“I think they’ve just improved – both individually and as a team – so much throughout the year,” said Voc-Tech coach Maddy Mangini, whose Tigers have clawed back into games despite being saddled with injuries since early October.
“I just can’t believe how much hard work they have put in, how dedicated they are,” she continued. “Despite our (5-10-1) record, the games have been close. The girls don’t give up. That is an attribute to their integrity, and tenacity. I’m just so proud of them.”
Voc-Tech fell behind 1-0 early, but rallied behind Lees’ first effort. The Tigers went up 2-1 on Costa’s goal before HCSS scored the following two goals. Lees tied it 3-3, and after falling behind again by one goal, made it 4-4.
Megan Ilnicky made 10 saves in goal for Voc-Tech, including some spectacular stops. The Tigers close out their regular season at Franklin Tech Monday at 4 p.m.