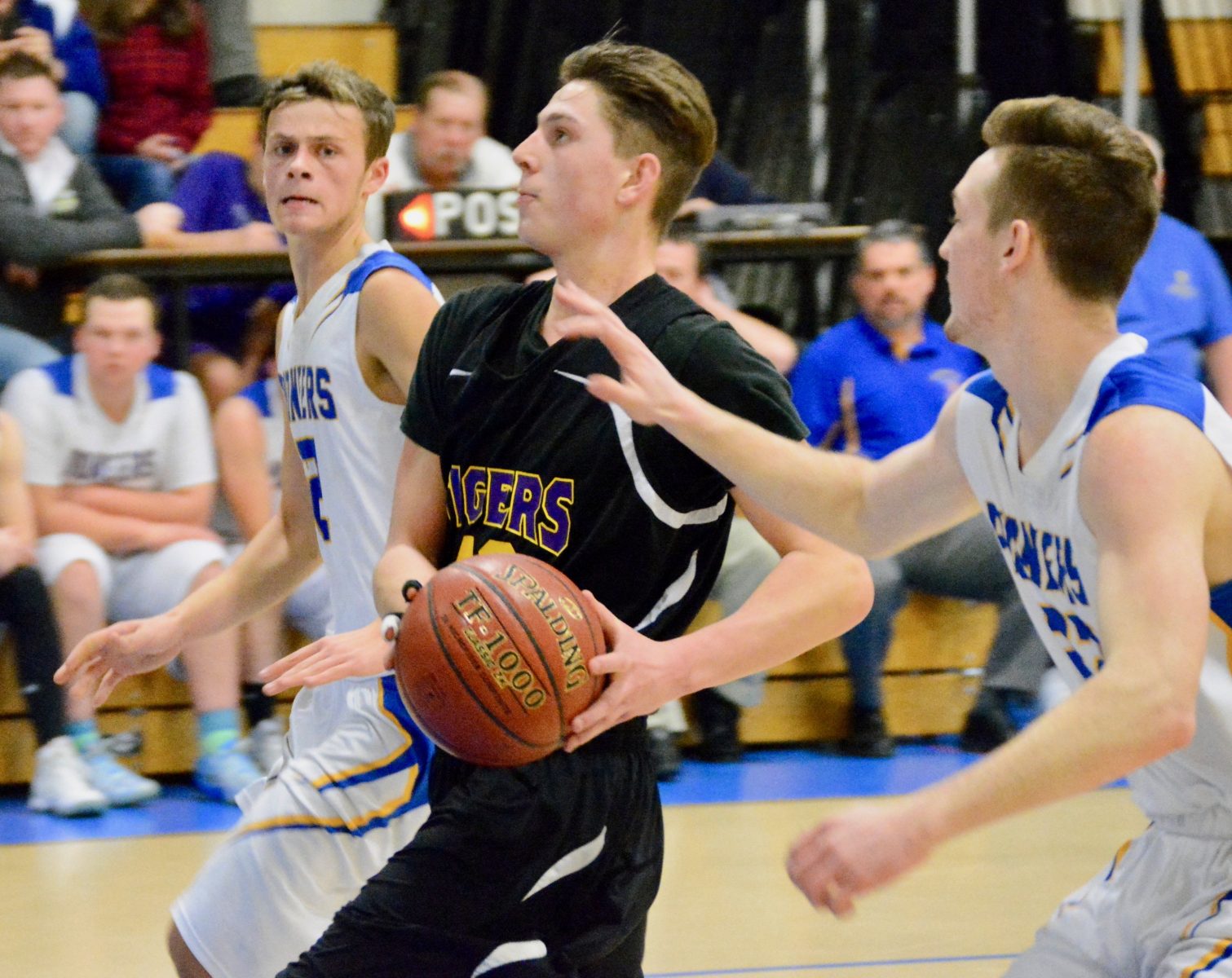 PALMER – The Westfield Technical Academy High School boys’ basketball team made many lefts and rights in its travels on the road to Pathfinder High School Thursday, but it’s the final stop on the court that has their head coach thinking this team may have turned the corner in the 2016-17 season.
Westfield Tech survived three overtime periods before escaping Pathfinder with a thrilling 74-73 victory.
Tyler Starzyk and Vlad Biley led Westfield Tech with 25 and 21 points, respectively. Tigers’ Mark Klyuchits finished with nine, and Andrew Czeremcha had eight.
(This) may be just be the type of win we need to turn (the) season around,” said Westfield Tech coach Kyle Dulude, whose team, like many in the area this season, stumbled out of the gate, appeared much improved.
After a sluggish start, Westfield Tech awoke with a vengeance.
“We started out slow,” coach Dulude admitted. “We found a rhythm right before the half, stuck to the game plan, and the effort was outstanding.” 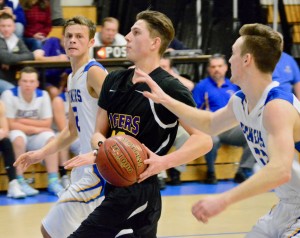 Westfield Tech appeared to be on the verge of winning in regulation and in the second overtime, but Pathfinder made game-tying shots in each frame to extend it.
The phrase “team victory” is often a cliché in the sports world, but it truly is not overused in this circumstance as Westfield Tech overcame three players fouling out in overtime. The others stepped up.
“We could have very easily folded many times but someone always came through with the needed extra effort on each play, especially in the three overtime frames,” Dulude said. “Pathfinder is a good team. They have some great athletes. It was a quality win … I am extremely happy for our players because they definitely deserved the win.”

Murrays shoot past WHS
Amherst 73, Westfield 55
Meikkel Murray (21 points) and Meikyle Murray (19) combined for 40 points, and the Amherst Hurricanes defeated the host Westfield Bombers.
Kam Wells (11 points), Ryan Murray (10), and Gabe Santos (9) led Westfield (4-7).
It has been a rollercoaster ride this week for Westfield which opened with a thrilling 65-55 overtime victory over Hampshire on Monday, the Bombers first road win of the 2016-17 regular season.
Westfield lost to Putnam on Tuesday, 74-43.
“If we keep playing together and working hard, we will come around,” Westfield coach Josh Balestracci said.