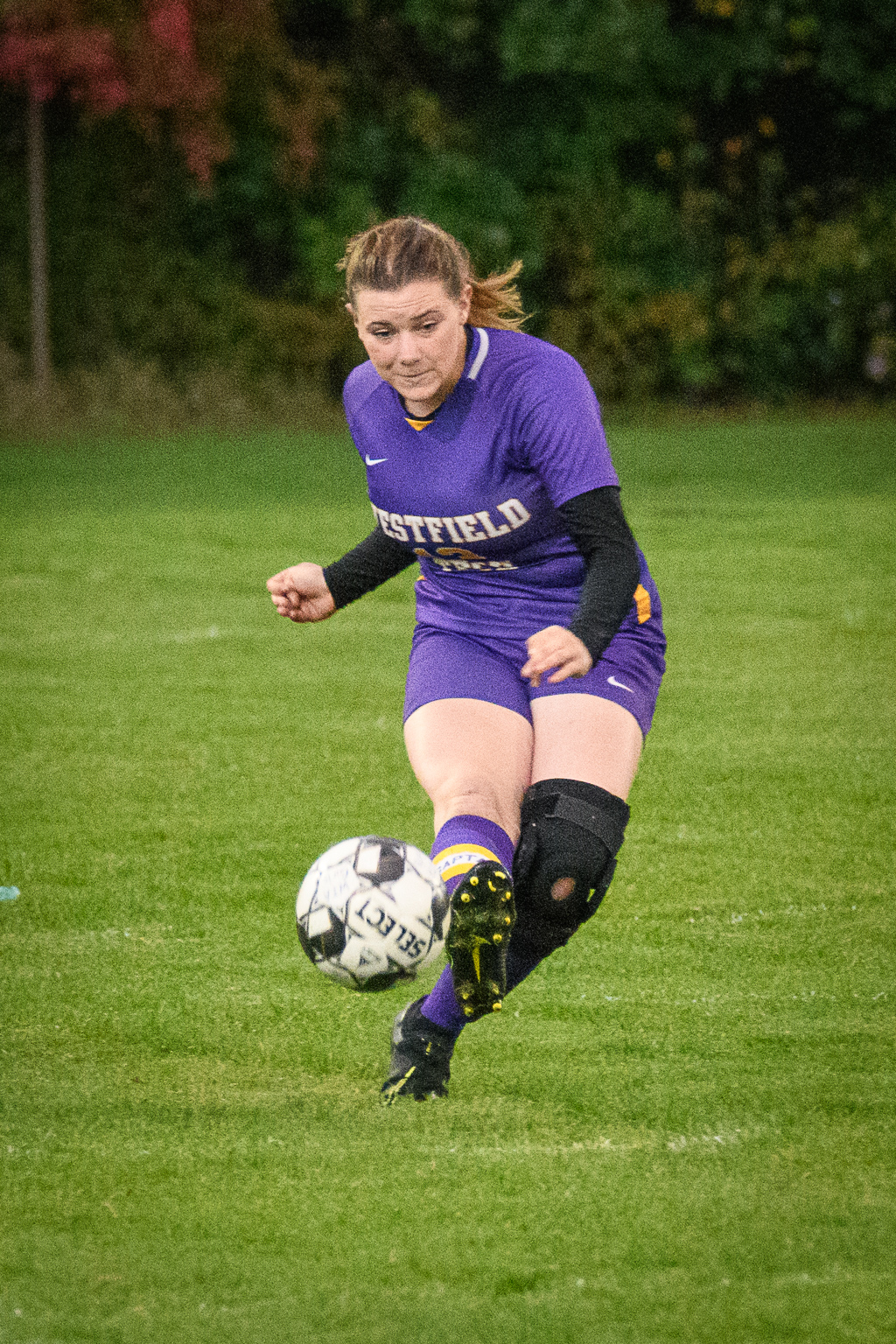 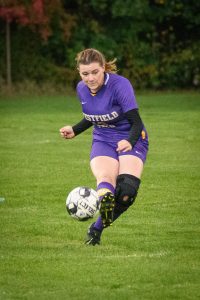 NORTHAMPTON – Entering Thursday’s contest, the Westfield Technical Academy girls soccer team had posted four shutouts in nine games. Make that five times now … and counting.
Westfield Tech and Smith Vocational played to a scoreless tie Thursday. With the tie, the Tigers improved to 5-3-2.
”It wasn’t the win we were looking for but my girls played hard against a great team,” Westfield Technical Academy girls soccer coach Lyle Washington said, following the latest shutout.
Westfield Tech maintained possession on its half of the field for much of the game but Smith managed to slip some through-balls through the defense, creating big breakaways.
With just seconds left on the clock, Smith snuck a ball through Westfield Tech’s defense, creating a one-on-one situation with goalie Lindsey Deland. Caprice Allen made a huge run for the Tigers, making a strong shot difficult for the attacked and allowing Deland to scoop it up to preserve the tie.
Deland finished with 10 saves.
Westfield Technical Academy next plays Putnam Tuesday at Jachym Field at 4 p.m.

Senior Allie Goodreau scores on “Senior Night”
St. Mary’s 3, Franklin Tech 0
Emma Goodreau scored twice and senior captain Allie Goodreau scored once on “Senior Night” at Bullens Field. Eliana Umana Kimura and Anna Puttick each had an assist.
Amelia Willenborg (2 saves) posted another shutout.
“The team was very emotional tonight,” St. Mary’s girls soccer coach Patrick Olearcek said, regarding his team’s celebration of their lone senior, Allie Goodreau. “She literally has been the catalyst for our rise the last six years. Her ability to lift her teammates to higher levels has been unmatched.
“Her individual awards are very lengthy in number but what she has done for our program is more than just stats – – she has been that player who we needed to transform this team and her impact will continue far after she leaves as the program continues to succeed,” coach Olearcek continued. “We have some really great players but we needed that spark and when Allie Goodreau came to the team that fire was lit and success followed.”