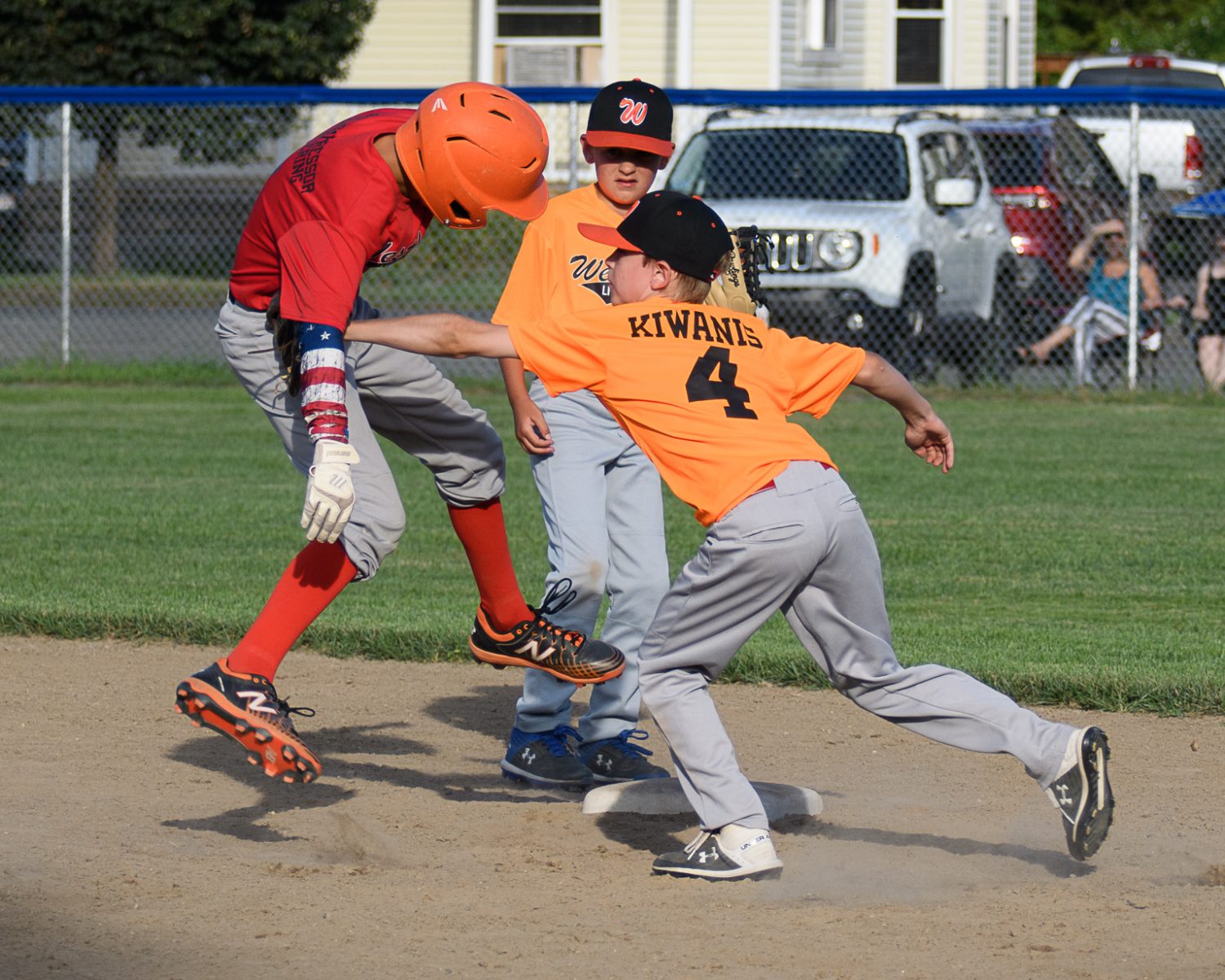 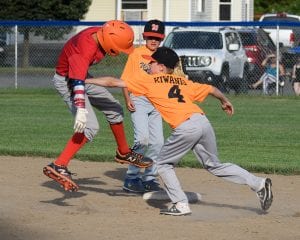 WESTFIELD – COVID pumped the brakes on the Little League Baseball postseason, but one bunch of Little Leaguers continues to display All-Star caliber play.
Backed by a team comprised of eight 2019 All-Stars, Air Compressor won its fifth game in seven tries, downing Kiwanis 8-2 Tuesday night at Ralph E. Sanville Memorial Field.
Air Compressor (5-1-1) jumped out to an early lead. Jordan Hellers drew a lead-off walk. Anthony Sanchez singled. Jack Madsen advanced both base runners with a ground out on the first base side. A dropped third strike got away from the catcher, scoring one run. A wild pitch scored another. A sac-RBI from Nick Madsen made it 3-0 in favor of the “Big Red Machine.”
All three runs were unearned.
Jack Madsen retired six of the eight batters he faced over the first two innings, striking out three batters, walking one and hitting another with a pitch.
Nick Madsen took over to begin the third. Madsen retired the first batter he faced and walked Andrew Dziadosz before Sean Aponte recorded Kiwanis first hit of the game, lacing a single into left field. Madsen continued to mix up his pitches and struck out two of the next three batters though to get out of the jam.
Kiwanis patience finally paid dividends in the fourth inning.
Brody DeBruin and Josiah Pouliot drew consecutive walks off Air Compressor reliever Jordan Hellers to begin the fourth. Both base runners advanced on a one-out wild pitch. Hellers bounced back by striking out the next batter. Anthony Wheeler recorded a run-scoring single to give Kiwanis its first run of the game. Kiwanis attempted to stretch Wheeler’s hit into two runs, but Air Compressor’s defense managed to gun down the base runner at home plate.
Things unraveled in the fourth for Kiwanis.
Air Compressor’s Donovan Cummings reached on a fielding error. Nick Madsen doubled to left field. Brodie Grabiec plated a run. Lucas Cummings hit a one-out RBI single. John Sardinha was hit by a pitch. After a run-scoring error, Lucas Cummings stole home plate.
In the fifth, Jack Madsen smoked a ball to left field that resulted in a triple. Donovan Cummings plated Madsen.
Anthony Sanchez closed out the last two innings on the mound for Air Compressor. Sanchez allowed just two hits, including a RBI triple from DeBruin in the sixth, and struck out two batters.
Kiwanis starting pitcher Liam Dolan allowed just one hit through two innings. Dolan recorded four Ks.