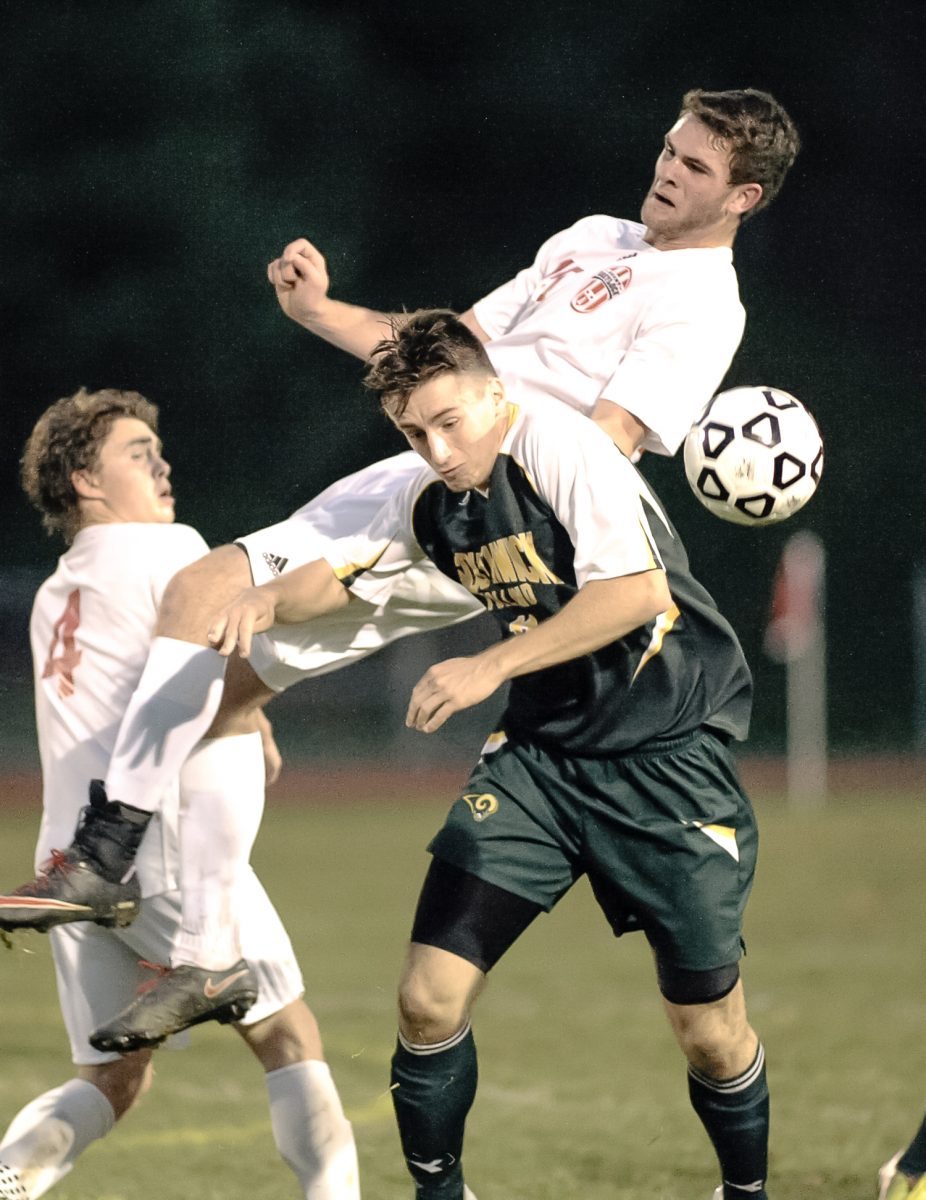 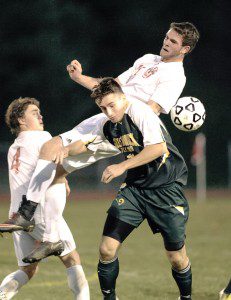 NORTHAMPTON – The Southwick-Tolland-Granville Regional High School boys’ soccer team knew it was going to be an uphill claim against the tournament’s top seed. For much of Tuesday, the Rams appeared to almost overcome that top.
No. 1 Mount Greylock outlasted fourth-seeded Southwick’s initial surge en route to a 5-1 win in the Western Massachusetts Division 3 semifinals Tuesday at Northampton High School.
Southwick (10-4-4) dominated the opening minutes of the game. The Rams scored in the seventh minute.
Bailey Emerson knocked in a goal in the seventh minute on a rebound. The score came after Mount Greylock goalie Max Joy fell to the ground after colliding with a Southwick player on an attempted save. The ball kicked out to Emerson, who drilled into an open net.
“You always feel confident that you can play with a team,” Southwick coach Frank Montagna said. “When we scored off them early it reiterated that confidence early on.”
The goal woke the Mounties (14-1-3) from its early slumber.
In the 15th minute, Monument Mountain responded with a game-tying goal on a bang-bang play. Felix Kershaw took a cross pass out in front of the net from Sam Dils, and knocked it into the net to knot the game at 1-1.
Mount Greylock went ahead in the 38th minute on a thing of beauty.
Eric Hirsch threaded a pass ahead to Dils out near the right edge of the penalty box. Dils immediately took the pass, and drilled it in a window in between the goalie and the right post. The Mounties led 2-1.
In the second half, Southwick controlled the pace early again.
Mount Greylock nearly tacked on an insurance goal in the 55th minute, but the Mounties whiffed on a breakaway. It would not happen again.
Southwick was called for a trip in the box, resulting in a penalty kick. Kershaw converted the PK with 21:13 remaining in the second half.
Hirsch scored again in the 61st minute, chipping a short ball over the goalie’s head for a 4-1 lead.
The Mounties tallied a goal in the waning minutes, a shot from Dan Flynn and Kershaw assist.
“We stayed right with them for most of the first half,” coach Montagna said. “They’re a good team. They’re going to keep coming at you … You have to weather the storm at times.”
IT’S GATEWAY’S TIME: In girls’ action, the second-seeded Gateway Regional girls’ soccer team will play No. 3 Lee (12-6) Wednesday at Northampton High School at 7 p.m. The Gators currently have a combined record of 13-3-1.