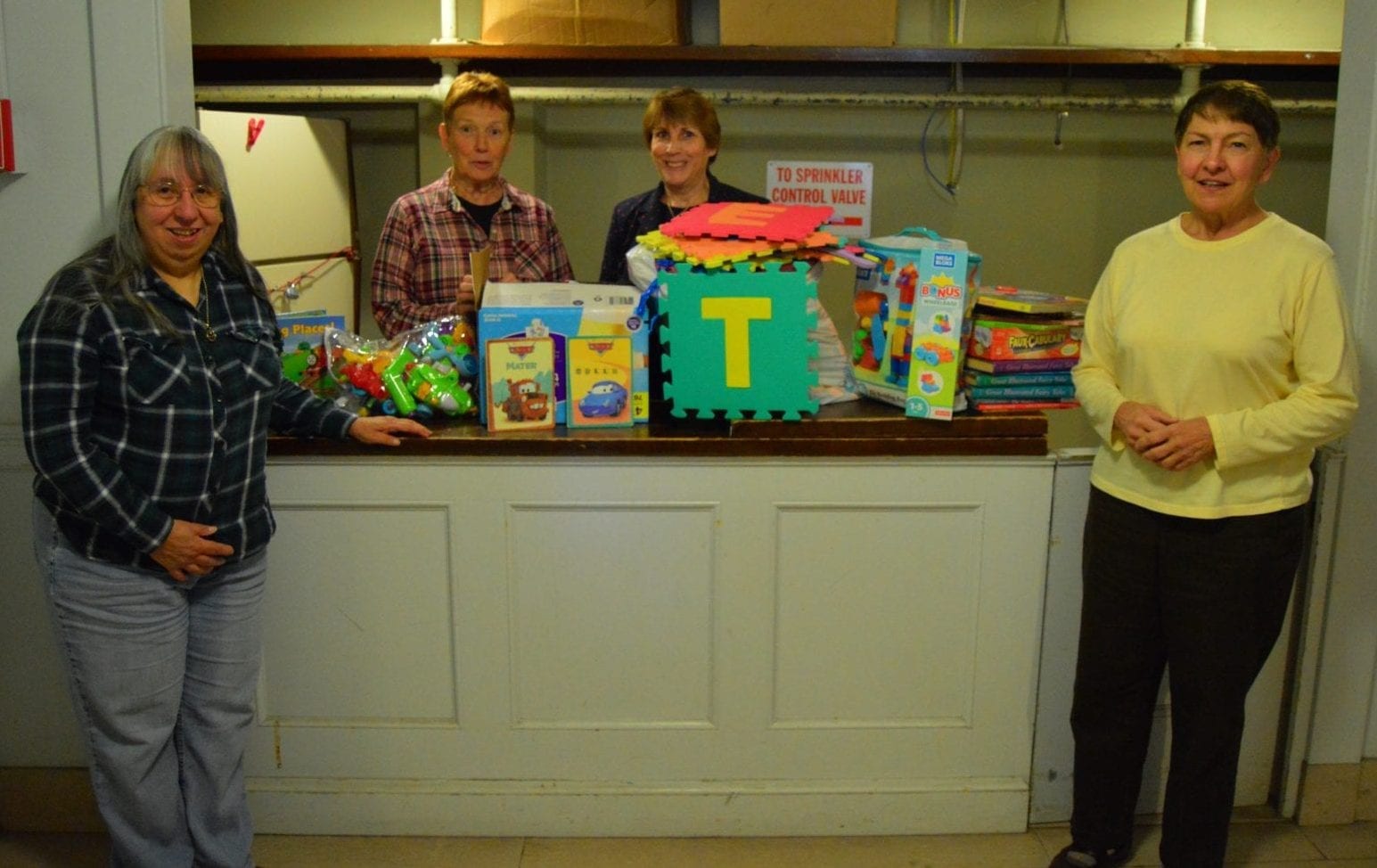 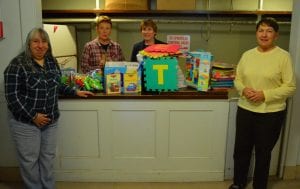 (Left to right) Nancy Stefanik, Heidi Cassell, Patti Brose, and Claire Rogers, Board Members of the Friends of the Westfield Athenaeum stand in front of early donations for this years Toy and Book Drive. (Photo by Peter Currier)

WESTFIELD- The Friends of the Westfield Athenaeum’s annual toy and book drive to raise money for the library’s services concluded Saturday and a final count of the funds raised has been completed.

The money raised from both sales will be used to purchase new equipment for the library.

“The money should be enough to cover several of the new computers that the Athenaeum is asking for to put in the children’s room,” said Heidi Cassell, a board member of the Friends of the Westfield Athenaeum. 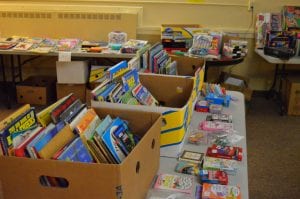 Some funds may go towards establishing new classes to be taught at the library as well.

“They are also establishing an English as a second language conversation class,” said Claire Rogers, another board member for the Friends.

Cassell added that there is already an English class at the library, but they are looking to establish one that is less structured.

Although the turnout was good, and enough funds were raised, some of the bigger toys and boxes did not sell as well as the Friends had hoped. Several boxes were left over by Wednesday, four days after the sale had ended.

“A woman from the Southampton Road Elementary School came and we gave her 100 books for kids in Kindergarten to fourth grade,” said Cassell, “we did not charge her for that because we were going to have to store the books. We try not to store too many things due to the lack of room.” 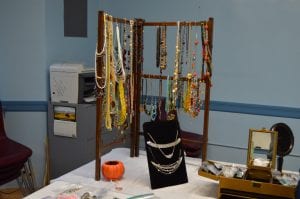 Jewelry that was on display to be sold during the Westfield Athenaeum Jewelry sale. The sale was a continuation of the Pumkinfest Jewelry sale and ran on Friday in conjunction with the Toy and Book sale. (Photo by Peter Currier)

The room where they currently store the books is also used as storage for the Spring book sale in April. That book sale will feature more classics that are often taught in high school and are sought after by many teachers.

“We don’t do this as a hobby because we have nothing better to do,” said Rogers, “We believe in literacy, the library bringing kids in, and giving books to teachers and the schools.”

Cassell added that every book that ends up with a school is one less that a teacher needs to purchase themselves to supplement their classrooms.

“There are so many children that don’t own a book,” said Cassell, “this is like a special prize to them. They’re excited about it.”

During school hours there were few people who came in for the sale. However, after 3 p.m. each day there was a noticeable uptick in people looking to purchase something.

“We had several grandparents who came and selected things because children are coming to visit for Thanksgiving and they have nothing in the house for books or toys,” said Cassell.

The Friends wish to see more teachers and homeschooling parents come in to purchase books. They give five-dollar coupons to educators who are purchasing books for their classrooms.

“We were also talking about reaching the seniors at Westfield State who are in the teaching program, so they can build up a supply for when they start teaching,” said Cassell, “because each teacher needs to build their own supply for their room.”