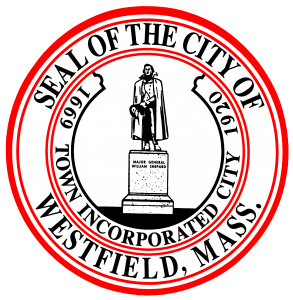 WESTFIELD — The challenge for Sergey Kafanov, who is building a new house in Westfield on Russellville Road, is that the driveway is in Southampton, requiring him to remove trees and install new poles in order to get electricity from Westfield Gas & Electric.

A hearing before the Conservation Commission requesting permission had been continued from Sept. 28 to Oct. 12. Coordinator Meredith Borenstein said it was her understanding that the order needed to be amended, because there was no other way to get electricity to the property besides cutting down three trees and putting up two poles. The existing poles on the street connect to Southampton and cannot be accessed.

At the September meeting, an abutter on Russellville Road n Southampton claimed that Kafanov was already removing more trees than permitted and impacting a brook that feeds a fire pond.

Commissioner Thomas Sharp said he had visited the site and was told if the builders took an alternative path to get the electricity to the house, it would have required taking down many more trees.

“We can look at the limit of work and make sure it’s being followed,” said Commission Chair David Doe before a vote to continue the meeting.

At Tuesday’s meeting, Doe said he had gone that afternoon to see the site. He said four trees will need to come down, including an additional one with a huge cave under the root ball. He said there will still be plenty of foliage, and recommended cutting the trees but leaving the stumps 10 feet high as habitat for woodpeckers and others.

Doe said there had been no encroachment beyond the silt fence along the driveway. He asked Kafanov to repair the silt fence next to the bordering vegetative wetlands along the road, to which he agreed.

Borenstein agreed that the work area was within the limit of work that was permitted, although she said she wished the tree removal had been a part of the regular permitting process.

“At this point, there is no other option,” she said, adding that the situation had been unintentional.

Kafanov asked for clarification that he had to leave the stumps 10 to 12 feet high. Doe said it leaves a better habitat for birds and insects. Doe also said the tree removal equipment has to operate from the road, as no equipment is permitted in the swamp area The commission then granted approval for the work.