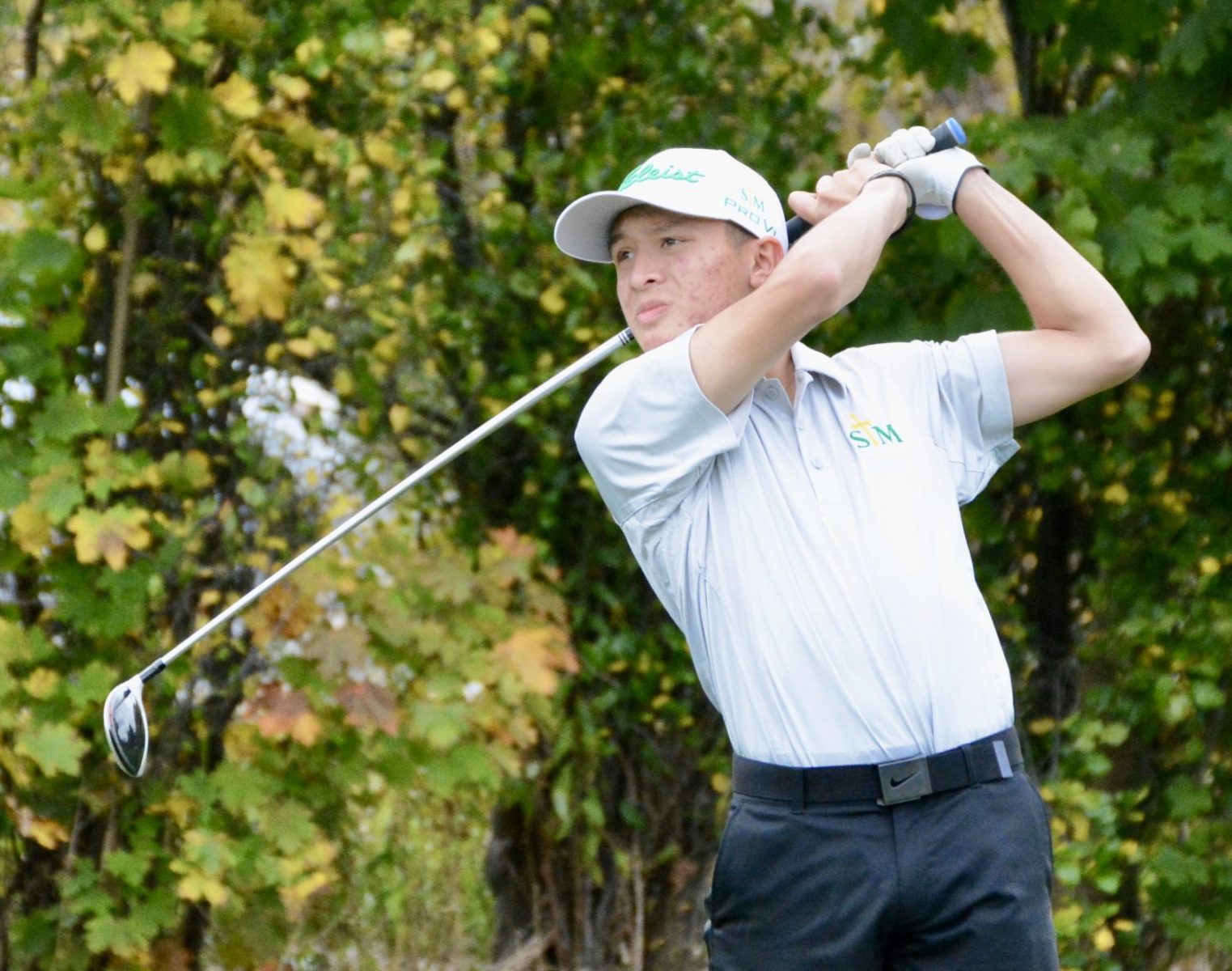 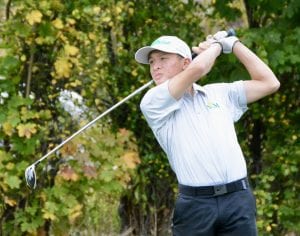 WESTFIELD – St. Mary’s No. 1 senior golfer Manny Umana shot a 4-over 39 on the par 35 front nine at Tekoa Country Club. That combined with scores from three other teammates helped the Saints upset the Westfield Technical Tigers 193 to 195 Friday.
The match was decided with the final pairing.
St. Mary’s No. 4 golfer, Cam Cusack, finished with a 50, while Saints’ sophomore Kaity Sweeney and junior Trevor Corriveau each shot a 52.
Freshman Deven Werbiskis led Westfield Technical Academy with a 43. Evan Grant (50), Nick Moran (51) and Trent Adam (51) rounded out the scoring for the Tigers.
Although it was just the second win of the season for St. Mary’s (2-5), they easily could easily have been 5-2. The Saints lost five matches by a combined seven strokes, including a tiebreaker against Easthampton.
“We were just blessed to have a season,” St. Mary’s golf coach Rick Labrie said. The Saints were supposed to close out their regular season against Central, but with Springfield high school sports temporarily shut down, that match was postponed indefinitely. “We have great students, great people, and a great group to coach. …Everybody followed the guidelines, were socially distanced, and no (coronavirus) episodes were attributed to golf.”
St. Mary’s held its own in “the bubble” against the likes of Westfield Tech, Easthampton, and Sabis, which also recently stopped play due to COVID.
St. Mary’s No. 2 golfer, senior co-captain Ryan Sweeney, who shot a 54 on Friday, was part of a core four which helped anchor the team all season. Sweeney, Umana and fellow seniors Gabe Sayre, Ty Leonard, and Keegan Foley are expected to graduate next spring.
Although the senior golfers will soon depart, freshman Grant Labrie, eighth grader Calaeb Viewig, and seventh grader Carter Labrie offer a promising glimpse of things to come.
It was just the second loss of the season for the Westfield Tech (5-2). The Tigers narrowly won their first meeting between the two teams in a season opener, 188 to 191.
Westfield Tech (5-2) has enjoyed a sharp turnaround over the course of the last couple of seasons under the direction of Tigers head coach Bob Eak. Late last year, the Tigers won four straight regular season matches to qualify for the postseason. They were up to the task again this season, losing only to mighty Pope Francis prior to Friday’s narrow defeat.

Rams team up to down Red Raiders
Southwick 176, Hampshire 186
Three Southwick players each shot a 6-over 42 on the par 36 at Beaver Brook – Matthew Garrity, Jesse Johnson, and Andrew Morris – to overcome a match low 40 from Hampshire’s Levi Zielinski.