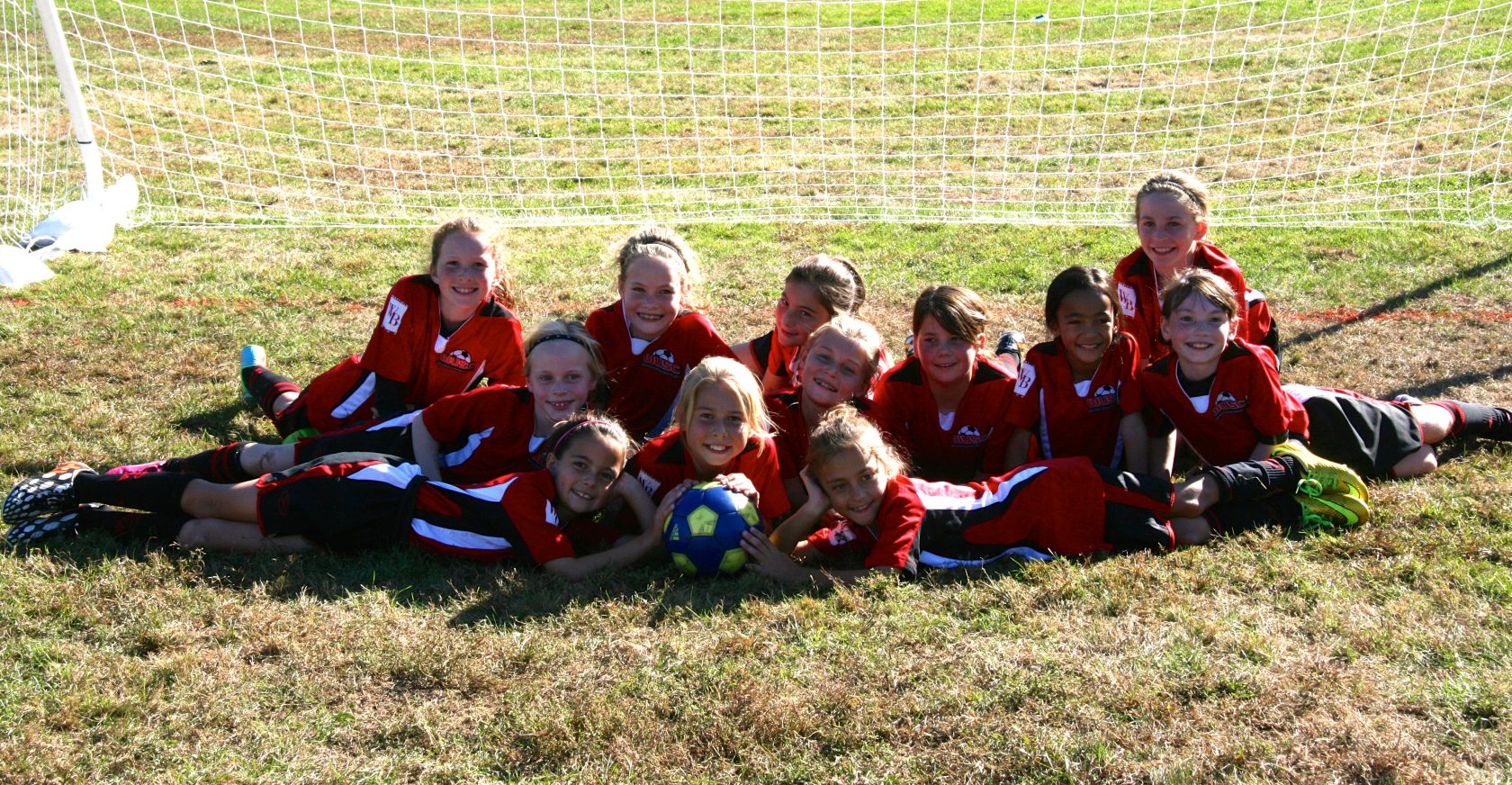 WESTFIELD – The Westfield United Soccer U10 Division 1 girls’ soccer team finished its season on top of their division with a record of 8-2-2.
Westfield rolled ever since the Columbus Day tournament, playing perfect, complete soccer. United has grown as a team, and the hard work and persistence has shown on the field. On Saturday, October 25, the United Girls capped off a fantastic season with a solid 3-1 win over Cold Spring.
Westfield put together a 2-0 lead at the half with goals from Annika Jensen and Morgan Fillion. Cold Spring scored midway through the second half. However, the outcome was never in doubt. United dominated the entire game, controlling the pace and possession throughout. Alex Cieplinski ripped a penalty shot in the back of the net, capping off a fantastic game – and season. 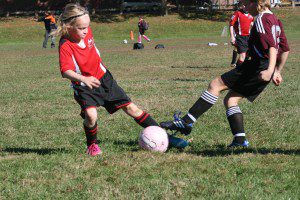 HAPPY HOLIDAY: Westfield played in the 2014 Paul R. Cody Memorial Columbus Day tournament in Windsor, Conn. United played five games in two days, winning all five contests in convincing fashion.
On Saturday, October 11, Westfield fought the elements, playing in pouring rain with temperatures in the low 50’s. United conceded no goals, and scored 14. The goals were scored by eight different players.
Westfield played Glastonbury in the first game of the day winning 6-0 and dominated the entire game. It was a complete team effort with superb passing generated by the defense. 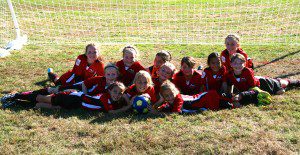 United played a tough Garden City, New Jersey team in the second game, winning 4-0. Again, the game was dominated by the Whip City girls, who left it all on the field.
In the third and final game of the day, the rain finally stopped. However, the outstanding team play of Westfield intensified. United withstood an overly aggressive West Hartford team. The Whip City girls matched the intensity of the opposition. There was no doubt the locals were not going to back down, and they finished with a dominating 4-0 win.
On Sunday, October 12, after drying out from the day before, Westfield kept up its dominating team play.
In the first game, Westfield defeated Suffield, 3-2. In the second, United trounced Windsor 7-0. Defenders Abby Durunda and Sarah Moriarty scored to cap off a phenomenal tourney. – Courtesy of Westfield United Soccer