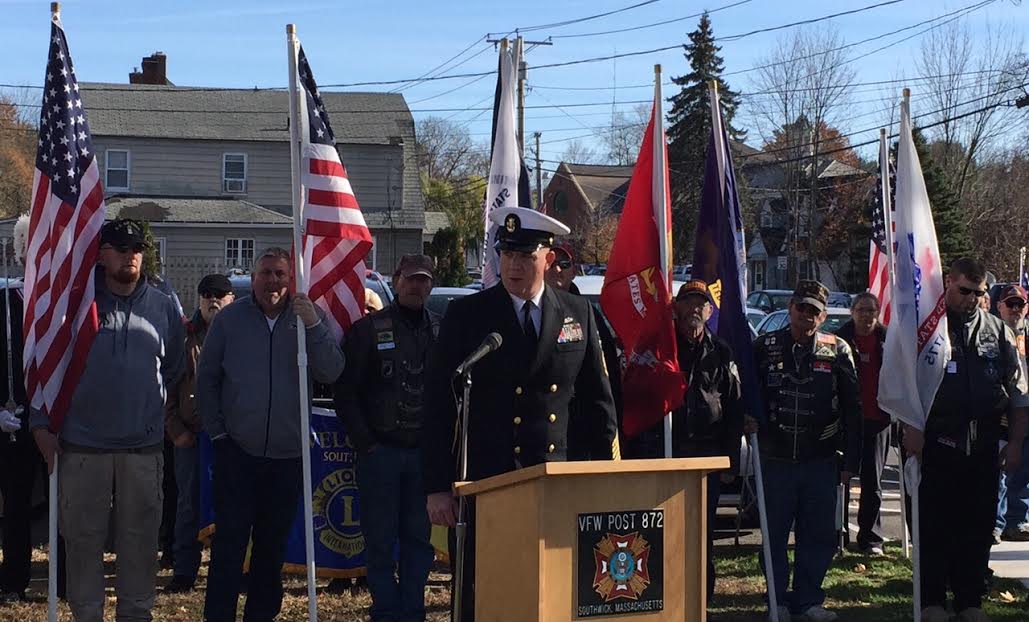 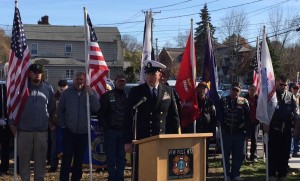 Master Chief for the Navy, Michael Jedrykowski, addresses the crowd during the 2016 Veteran’s Day ceremony. (Photo by Greg Fitzpatrick)

WESTFIELD- There will be a number of events in Westfield, Southwick, and the surrounding hill towns to celebrate Veteran’s Day in the coming weeks.

In Westfield, American Legion Post 454 will host a Veteran’s Day service at 4 p.m. at the Blessed Sacrament Church on Saturday, Nov. 10.

On Nov. 11, American Legion Post 124 will host its’ annual Veteran’s Day parade. The parade will step off from The Westfield Bank parking lot on Chapel Street at 10:30 a.m. and will end at Parker Memorial Park at 11 a.m. where a number of speakers, including Mayor Sullivan, will address the crowd.

Pine Hill Cemetery will be hosting a ceremony in remembrance of those who lost their lives in World War I at 4 p.m. at the flag pole near the Grand Army of the Republic monument in the cemetery. The ceremony will be led by Dennis Picard and Bob Brown.

The Pine Hill ceremony will open with the poem, “Dulce Et Decorum Est” written by Wilfred Owen and read by Stan Svec. Picard will address America’s involvement in World War I and Bob Brown will discuss some of the Westfield natives that fought in the war. The ceremony will conclude with music from World War I. Attendees will be asked to make a $5 donation to aid in restoration efforts for Pine Hill Cemetery. 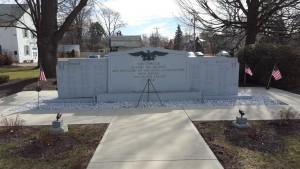 Southwick will also be holding its’ annual Veteran’s Day parade on Saturday, Nov. 10. It will be hosted by Veterans of Foreign Wars Post 872. Participants of the parade will be lined up at 10:30 a.m. near the Subway in Southwick Plaza on College Highway. The parade will step off at 11 a.m. and continue down college highway to end at the War Memorial exhibit.

Once the parade ends, Southwick reserve officer and World War I historian Bob Deluca will be the keynote speaker.

Prior to the start of the parade, the bells of the First Congregational Church will toll 21 times as part of a nationally organized event known as “Toll the Bell” and is done in remembrance of the armistice that ended hostilities in World War One.