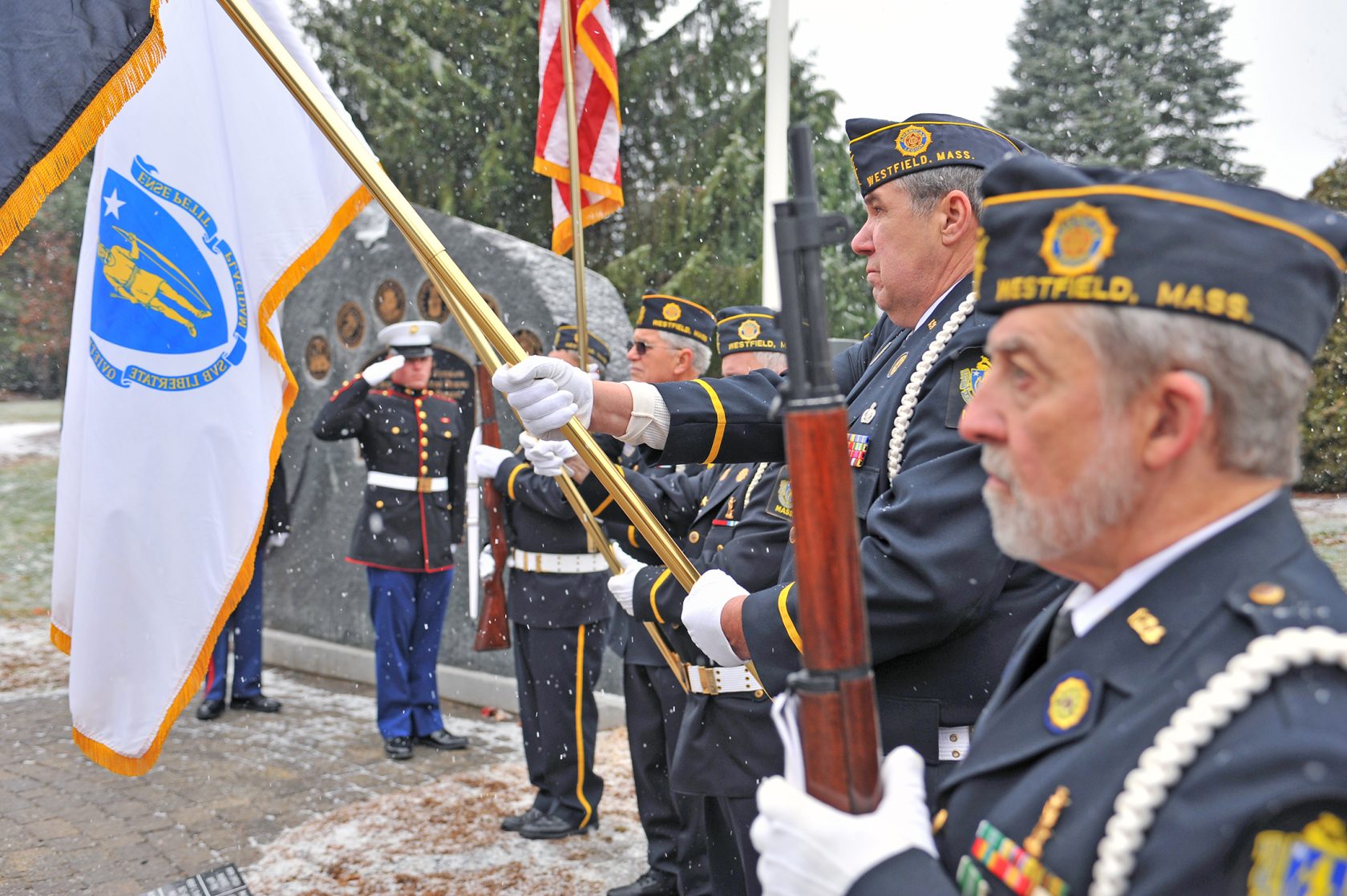 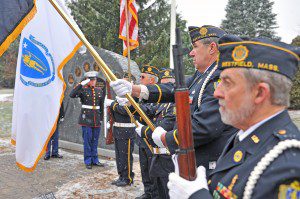 Private Frederick A. Johnson, of the United States Marine Corps., rear, salutes the flag as members of American Legion Post 124 display the colors as part of a Wreaths Across America ceremony at Stanley Park.. (File photo)

WESTFIELD – The Legion Act was signed on July 30, 2019 making more Americans eligible to join the American Legion. Approximately six million veterans now have access to programs and benefits for which they previously had not been. This also opens the door to the Veterans family allowing them the opportunity to join the Auxiliary or the Sons of the American Legion.

American Legion Post 124 in Westfield is the third largest growing post in the state. Commander Gary Fontaine is working very hard to continue with its growth by making the post more active than ever and recruiting the younger population. Recently the Post has been involved with the 104th Fighter Wing at its Yellow Ribbon events and Family Day. They have also been in contact with local colleges and radio stations to recruit and get the message out about the Legion Act.

“This is the year for changes. From old ways to newer ways, we need to keep our post going forward,” said Gary Fontaine, Commander American Legion Post 124.

On Sept. 28 the post opened its doors for an Open House. This allowed members of the community to come in and find out what the different American Legion Families were involved in. During this time eligible veterans were able to come with their families and join. Current members also visited to see what they could get involved with.

This two-hour event was a success and they hope to have another Open House in the near future. If you have any questions about eligibility or want to join, please email at [email protected] You may also visit the post website at Post124.org to see the many activities the post is involved in.

Veterans’ View is a  feature of The Westfield News. Local veteran organizations are invited to share their news by contacting [email protected]