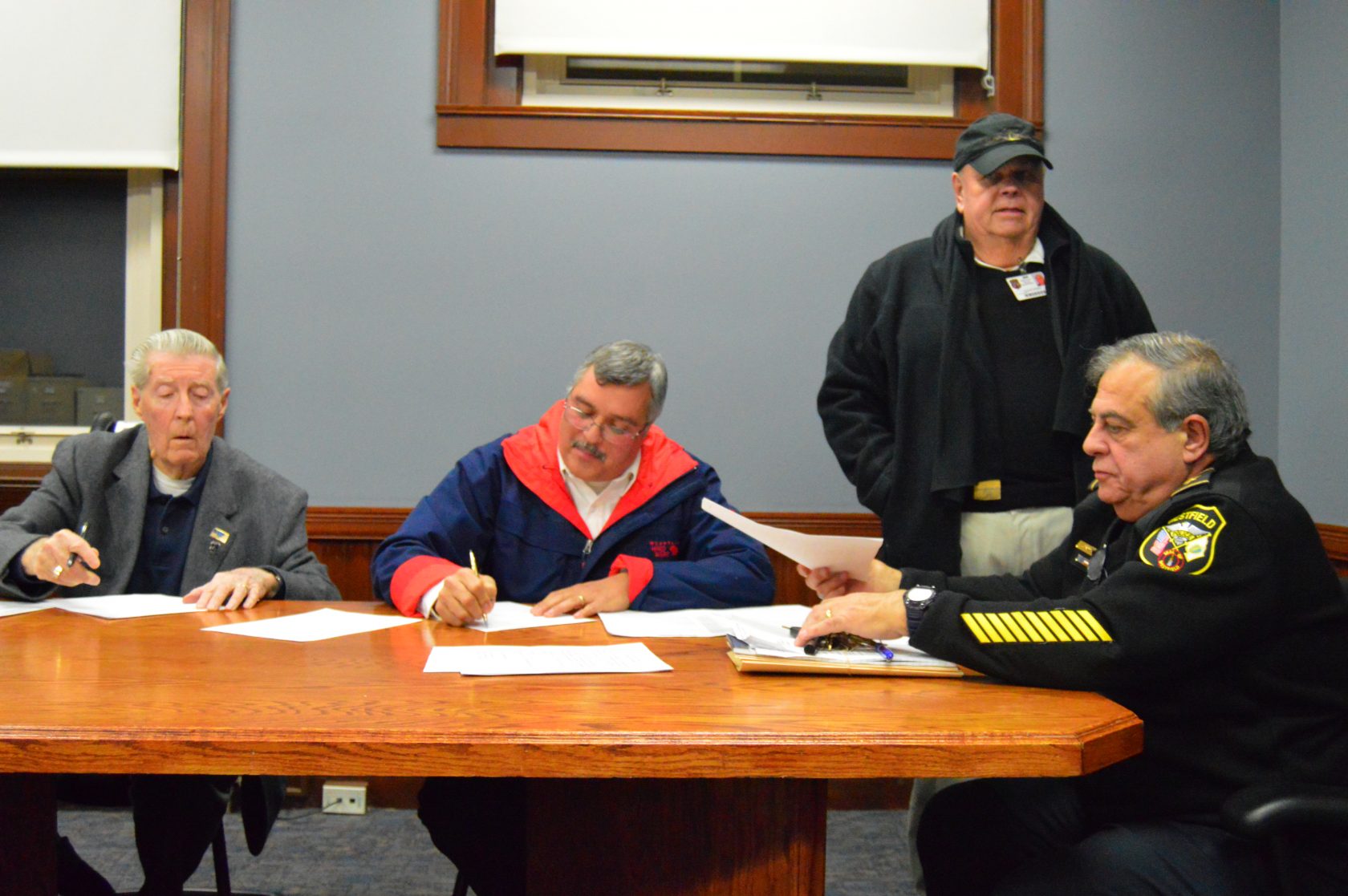 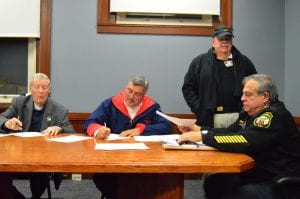 Commissioner Leonard Osowski, who took the role of Acting Commission Chair in the place of Hupfer, read the resignation letter out loud.

“Dear Mayor Sullivan, this letter is to inform you that I am regretfully resigning from my position as Police Commissioner in the City of Westfield Police Department. Unfortunately, health problems have restricted my activities for the foreseeable future. I will forever be indebted to this city for giving me the opportunity to serve in this position for the last 25 years,” said Hupfer’s letter, “I would like thank past Mayor Richard Sullivan for my original appointment in 1994, and all the mayors since who have continued to trust and have faith in my critical position. I would also like to thank the City Councilors, without them, the trust and faith in me would not have been possible. My past career enabled me to work with local police departments throughout the Commonwealth for many years. Having this experience, I can say that certainly, the Westfield Police Department is second to none in their professionalism. Thank you again for the past 25 years of service in the Westfield Police Department.”

Mayor Brian P. Sullivan is preparing a plaque recognizing Hupfer for his service to the city, which will be presented during the Nov. 12 Police Commission meeting.

“The next meeting, Nov, 12, we are going to formally recognize him. The Mayor should be at the meeting. We will give him the sendoff that he deserves after 25 years of being a commissioner,” said Police Chief Lawrence Valliere.

Hupfer is a Marine Corps. veteran  and a past a Major in the Massachusetts State Police. At one point, Valliere said, he was close to becoming the colonel of the entire state police force.

At one point during his time with the state police, Hupfer was assigned to a security detail to protect the Kennedy Compound in Hyannis Port on Cape Cod.

“He’s got an interesting life,” said Valliere, “This guy has been around the block.”

Following Hupfer’s official resignation, his position on the commission must be filled by an appointment from the Mayor. Mayor Sullivan has said that he wants to fill the position before his own term is up in January.

“First and foremost, I want to congratulate Karl Hupfer for his many, many years of service,” said Sullivan.

He added that he wants to fill the position quickly to avoid only having two active police commissioners out of the three spots.

Sullivan did say that the ideal candidate for the position would be someone with a criminal justice or law background.