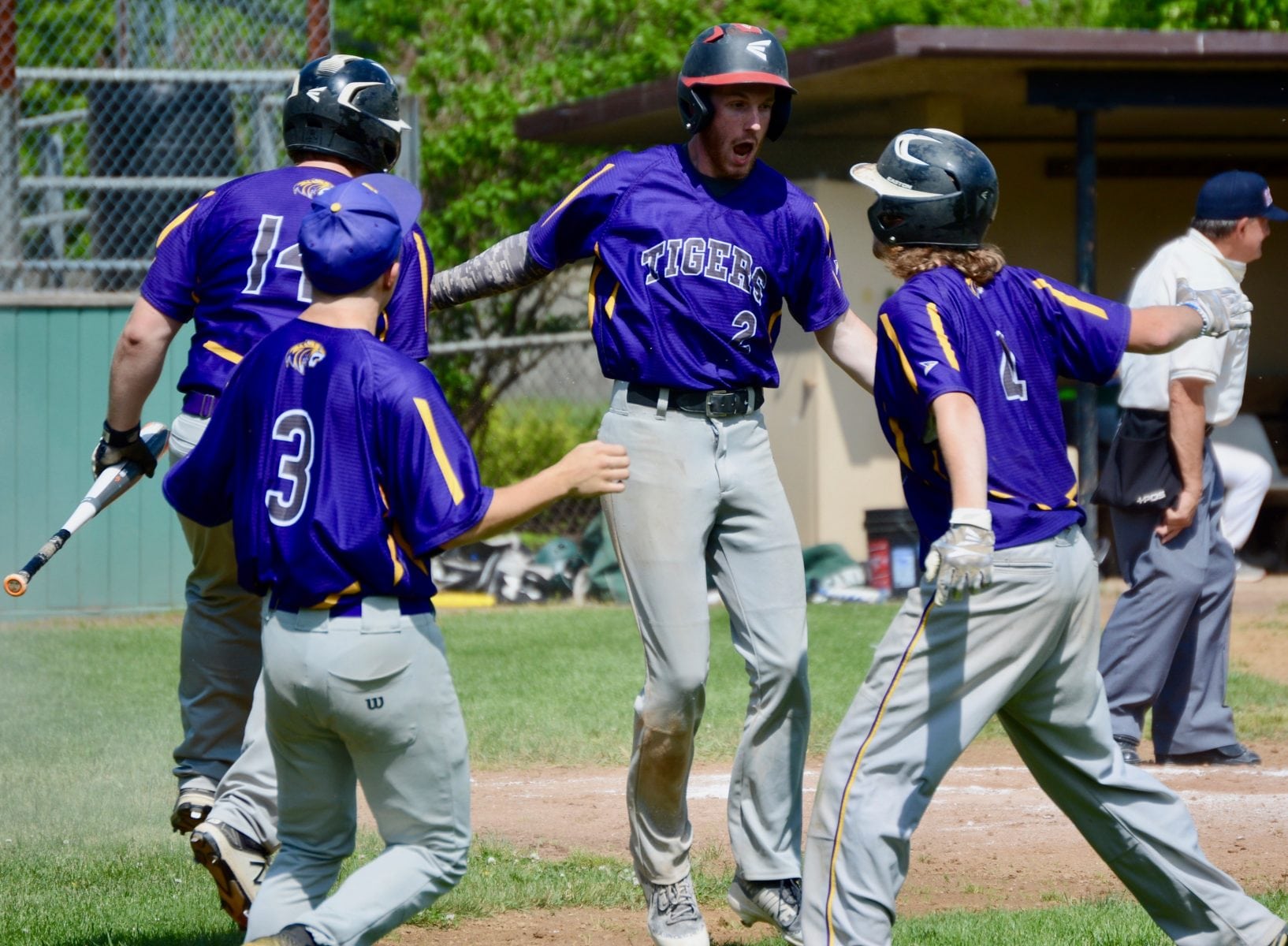 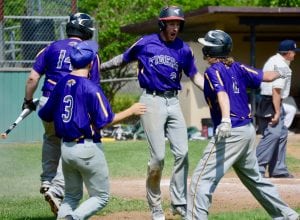 NORTH ADAMS – If the MVADA Small School Vocational Baseball Tournament championship is any indication, Western Massachusetts should be on alert for the tournament runner-up.
Westfield Technical Academy launched a full-fledged comeback halfway through the championship game before McCann Tech responded with a mini rally of its own to sneak past the Tigers 4-3 Friday at Joe Wolfe Stadium.
“It was a vast improvement from the last time we played them,” said Westfield Tech baseball coach Bob Eak, who’s Tigers (12-8) fell to the McCann Tech Hornets 18-1 earlier this season. “After the game, their head coach said ‘I hope I see you in the WMass tournament, but on the other hand we’d rather not.’”
McCann Tech (19-1) scored first, taking an early 1-0 lead before Westfield Tech rallied. The Tigers scored three runs in the top of the third inning.
Dante Bongiovanni reached on a single to begin the third. Brody Zabielski beat out a well-placed bunt out in front of home plate. Andy Daniels followed with a booming double to deep right field. A sac fly to left field from Cade Bradley and an overthrow at home plate resulted in two more Tigers’ runs.
McCann Tech remained poised though. The Hornets drove in the tying run with an RBI single from Logan Tower in the bottom of the fifth for a 3-3 tie.
In the bottom of the sixth, McCann Tech surged ahead.
Jeremy Beany singled, and advanced on a sac-bunt. Billy Bohl landed the game-winning run, driving a base hit through the right side of the infield.
Westfield Tech had a chance to extend the game in the top of the seventh but struck out twice and grounded out.
Still, Westfield Tech had much to celebrate. The first time the two teams met this season the Tigers committed eight errors. This time, they made just one.
Also in that early April contest, Westfield Tech struck out at the plate 10 times. This time, the Tigers whiffed just four times.
“It’s obvious we’ve made improvements,” Eak said. “We’re just building on what we’ve been doing all season. We’re getting better every day.”
Westfield Tech entered Friday’s contest having won five straight.
Said Eak: “We’re getting hot at the right time.”
PITCHING IN: Westfield Tech had three pitchers take the mound against McCann Tech. Brody Zabielski scattered four hits over four innings, striking out two batters and allowing two runs (one earned). Andy Daniels (1 K) and Cade Bradley each allowed just one hit and one unearned run in relief duty.