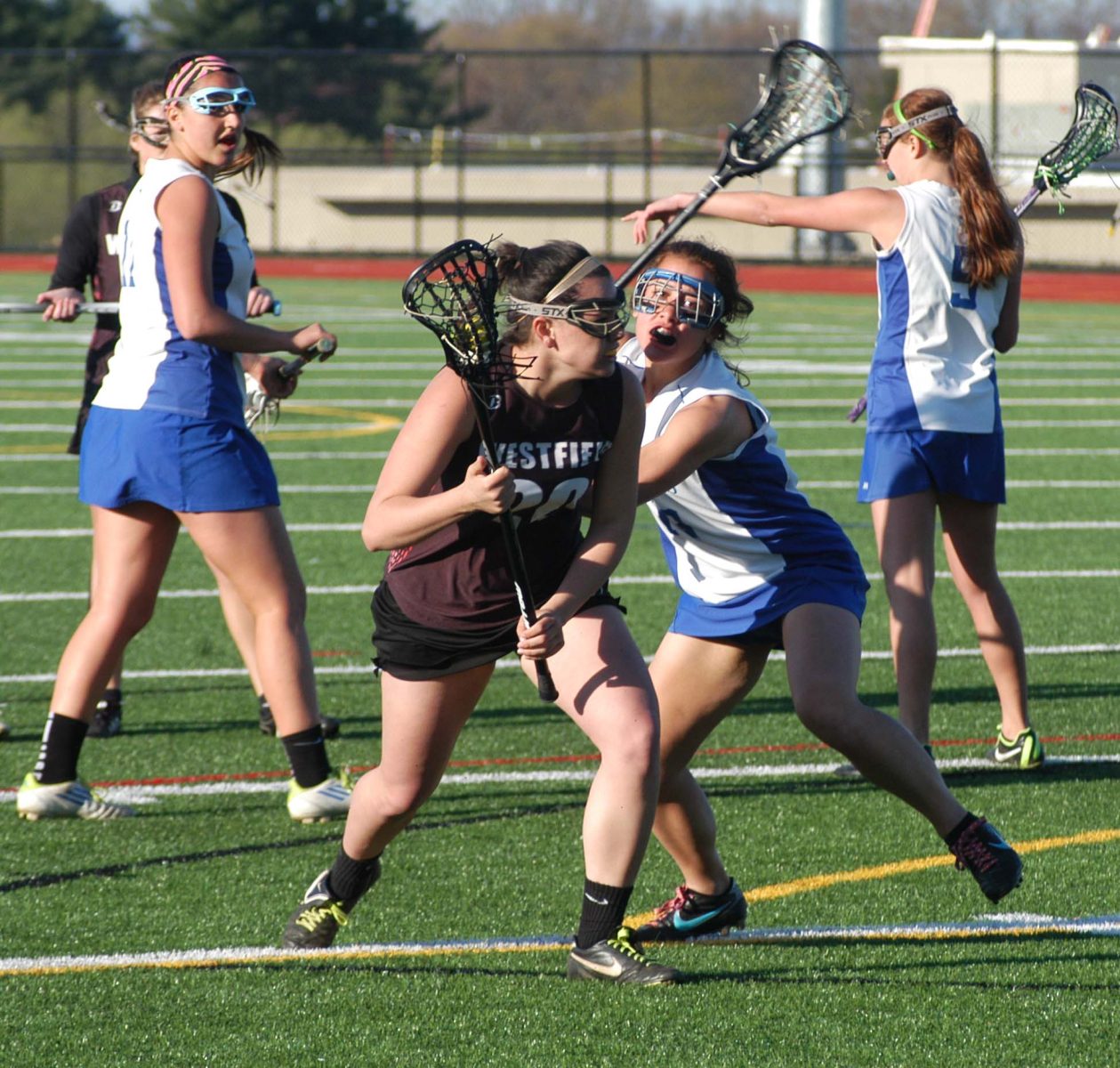 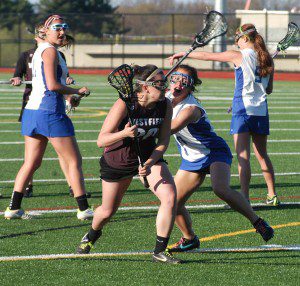 Westfield’s Victoria Whalen (20) seeks out an opening in the West Springfield defense on Thursday. (Photo by Chris Putz)

WEST SPRINGFIELD – West Springfield put together a four-goal outburst in a 2 ½ minute span en route to a 9-6 win over Westfield in a high school girls’ lacrosse game Thursday.
West Side scored the go-ahead goal, breaking a 4-4 tie, with nine seconds remaining in the first half. The Terriers notched three goals in the first two minutes of the second half to take an 8-4 lead.
“That was the big difference in the game,” Westfield coach Paul Fenwick said. “If you take those 2 ½ minutes out of the game, it was a close dead-even match.”
Westfield (2-6) made a solid recovery, tallying two goals to pull within two before West Springfield tacked on a bit of insurance.
“We didn’t give up the fight,” coach Fenwick said.
Victoria Whalen led Westfield in scoring. Whalen had two goals and two assists. McKenzie Millikan landed one goal and one assist.