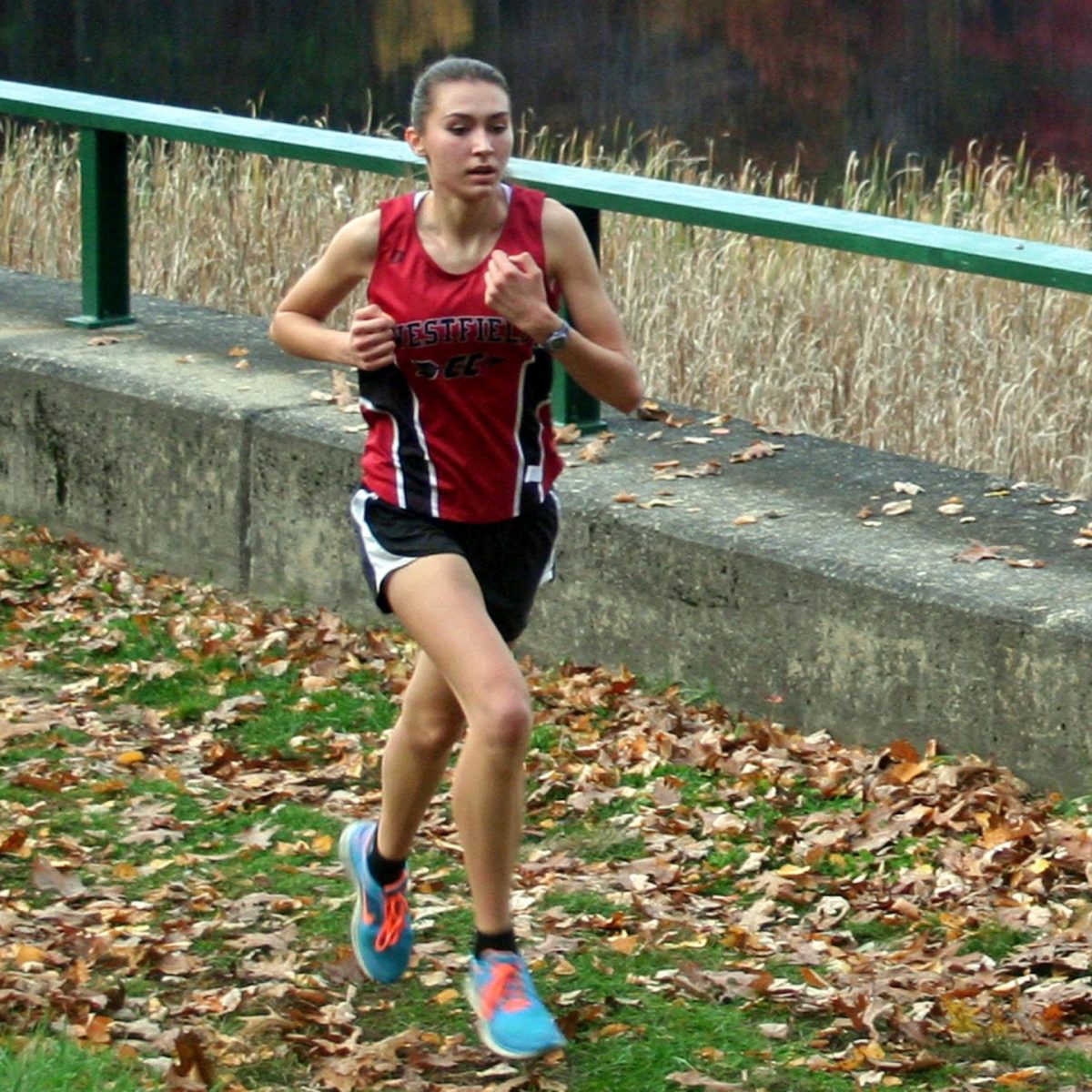 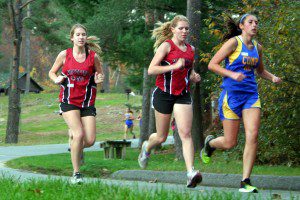 CHICOPEE – The Westfield Girls Cross Country team ended its regular season defeating Gateway Regional High School (21-38) and Chicopee Comprehensive High School (20-41) at Chicopee Memorial State Park yesterday afternoon on the rugged 3.1-mile course. Gateway edged Comp (28-29).
The highlight of the event was Westfield’s Ally Morin, who led all finishers and set a new course record of 19:56, despite the particularly challenging conditions. So far this season, Morin has set new course records at each of the four courses that the Westfield girls have traveled to. The only record to elude her has been Westfield’s home course record held by WHS XC alumnus Carolyn Stalker. Morin and Coach Mike Rowbotham believe this is within her grasp before graduating in 2014. 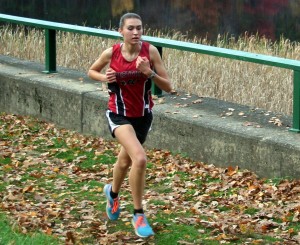 Race strategy proved to be important for all runners. Freshly fallen foliage covered many obstacles throughout parts of the course, necessitating a more cautious pace. This called for the runners to make the most of the few paved or clear portions of the course.
Top finishers for the Bombers were Ally Morin (19:56), Jen Gresty (23:30), Michelle Morgan (23:42), Shannon Boley (24:50), Nichole Plasse (25:17) and freshman Carly Censabella with a breakout performance finishing in 25:40. Rounding out the top 10 were Ayssa Cousineau (25:59), Kelsey Cottengim (26:03), Kailey Carambia (26:32), and Kaliegh Florek (27:05)
Postseason competition begins Saturday, November 3 when Westfield hosts Gateway, St. Mary, Southwick, and others from all over Western Massachusetts in the PVIAC conference championship meet at Stanley Park.
Southwick 25, Greenfield 34
Southwick claimed three of the top five overall spots with Emily McKinney leading the way. McKinney finished in 22:13 as the Rams won its third meet of the season.