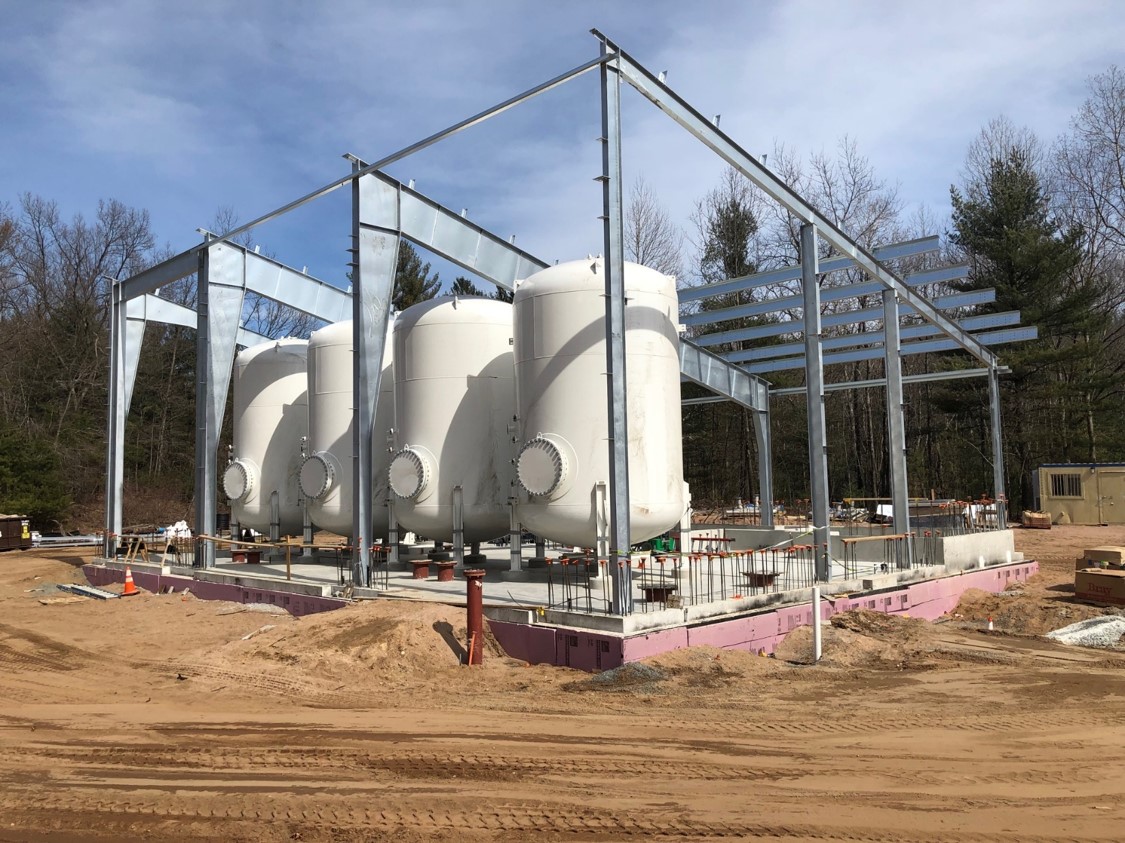 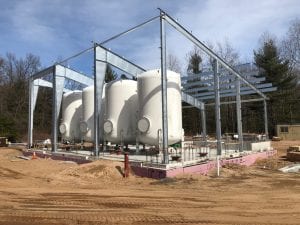 WESTFIELD – The city is moving forward on a lawsuit against manufacturers of firefighting foam cited as the cause of contaminated water in city wells.

Mayor Brian P. Sullivan and City Solicitor Susan Phillips met last week to talk about the status of the lawsuits filed in February, 2018 by the City of Westfield. The suit was filed in U.S. District Court against three manufacturers of aqueous film forming foam (AFFF) containing perfluorinated compounds (PFAS), identified by the U.S. Environmental Protection Agency as a health hazard. The defendant manufacturers are 3M Company, Chemguard, Inc. and Tyco Fire Products L.P.

According to the city’s complaint, the foam sold by the defendant manufacturers was used for decades by the Air National Guard’s 104th Fighter Wing at Barnes Air National Guard Base, including for firefighting training, and knew or should have known that the chemicals are persistent when released into the environment and harmful.

The complaint states the use of defendants’ products at Barnes Air National Guard Base and Westfield-Barnes Regional Airport has forced the City of Westfield to incur substantial expense to provide clean, safe drinking water to its residents. The lawsuit against the firefighting foam manufacturers is part of the city’s ongoing efforts to pursue all options to make itself whole.

The suit was moved from the U.S. District Court in Springfield to Boston before a judge dealing with the contamination in Barnstable. Last summer, 3M filed a motion to dismiss the suit, an Intentional Tort Claim

that is based on product liability and unfair and deceptive practices. Phillips said the companies took steps to protect their employees from the dangerous chemicals, well before they ever alerted the public. “The motion to dismiss was heard last summer. The judge took it under advisement. Barnstable was also there, along with 3M and their 17 lawyers,” Phillips said.

Meanwhile, a motion was made by 3M to consolidate all AFFF cases, currently numbering more than 90 from around the country, according to Phillips, for pre-trial discovery. On advice of counsel, Phillips said they were not opposed to a consolidation, believing that there might be a district more understandable, such as in the Ohio – Dupont case.

The court decided to consolidate for pre-trial discovery in December and moved the cases to the Southern District in South Carolina. Phillips said they created groups of lawyers for the 90 plus lawsuits, and are now putting together teams of lawyers, who have asked for sharing of discovery when the court deposes an expert.

Phillips said this is not a class-action lawsuit. Kennedy and Madonna and S.L. Environmental have partnered with three other law firms with different expertise for Westfield, which has unique claims. She said the aquifer is different, and the base being city-owned is different.

“The lawsuit is chugging along,” Phillips said.

Meanwhile, the city also filed a Federal Tort Claim against the United States Air Force. As part of the process, they sent a letter to the USAF, who had six months to respond. After six months, the city reached out again and asked whether they had not heard back because the USAF was denying the claim. The USAF acknowledged they are not settling, Phillips said.

A motion was made to add USAF to the Westfield complaint.

One week ago, a summons was issued stating that the court accepted the motion to add the defendant. Westfield’s suit is now against the three companies and the USAF. Phillips anticipates a good year of discovery ahead. At some point, she will go to a pre-conference hearing.

“There have been meetings to look over documents, and get names anecdotally that may know what happened,” Phillips said, adding that Kennedy & Madonna will come out occasionally to meet with the city.

At the same time, the Massachusetts Department of Environmental Protection (DEP) has been asking the Barnes Air National Guard to do certain studies at the base. The Fighter Wing has submitted Phase I to the DEP, who has accepted them as a responsible party. Phillips said that process is on hold right now, while the USAF goes through its CERCLA process (Comprehensive Environmental Response, Compensation, and Liability Act, known also as Superfund) to do a bigger scope investigation. Part of that scope includes multiple sites in the city, to see if someone else caused this.

Phillips said they have a broad scope of areas, 12 city sites in all; some in the airport, and some outside of the airport. When the USAF gave them the sites, the city told them they required rights of entry, and asked to see all results. She said the city had concerns about letting them on the property of leaseholders at the airport, for example. Other sites included ones held by the city by tax taking, and some schools. “We’re waiting,” she said. The city has asked the USAF to fix whatever mistakes they make, e.g. drilling in front of the Fire Station.

“We will not prohibit you from going on city property if you follow our rules,” she said they were told. Phillips said this is not a local process, and Washington, D.C. is in charge. “The local guard is stuck trying to do Phase II. They are clearly in the middle. They are not decision makers in
this. It’s certainly no reflection on any of them,” Phillips said about the 104th.

“People think funding is available, but there has to be acceptance by the feds that they were the source of the contaminants. That’s why we filed the lawsuits,” Phillips said.

She said a whole crew goes around on these Phase II assessments. “They could come back and say `not us’.”

Phillips said things may change if PFAS, etc. become accepted as hazardous chemicals by the Environmental Protection Agency. Right now, the city is moving forward with the National Guard Bureau and the Department of Defense.

“The City of Westfield just wants to be made whole,” she said, adding, “We’ve covered every avenue we can, and are letting them finish the CERCLA process.”

The goal is in two to three years to get money. Sullivan has also reached out to senators Elizabeth Warren, Edward Markey and US Rep. Richard Neal for a meeting in June on the CERCLA process and will ask them to help regulatory-wise and financially.

“We need help moving this process along,” Phillips said.

The city also asked for some of the $12 million that was made available to New York. “We did know that, but still put our claim in,” Sullivan said. “We put out an offer to settle, and put the companies and feds on notice,” Sullivan added.

“When you look at air bases, we’re not alone. I can’t think of anything we haven’t done,” Phillips said. “We’re trying to protect every potential point of compensation.”

The compensation the city is seeking is for the $18 million bond for water filtration, currently in development, and for ongoing maintenance costs.

“If we had stayed on the Air National Guard, we would be stuck in Phase II. If the Mayor hadn’t bonded, where would we be right now?” Phillips said.

Phillips and Sullivan said there is a lot of money out there, and the companies are on the hook.

“We’re going to keep putting out the positive facts. The DEP has endorsed everything we’ve done,” Sullivan said.